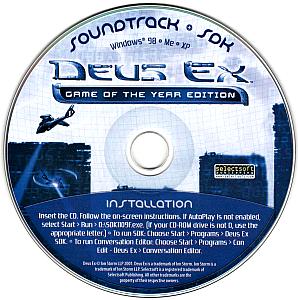 While its main branch became embroiled in controversy surrounding the bloated Daikatana, the Austin branch of defunct developer Ion Storm turned out the company's only profitable and genuinely lauded title, Deus Ex. A potent combination of first-person shooter and RPG elements with a strong setting and plot, the game won multiple "Game of the Year" awards and became something of a modern classic, even spawning an inferior sequel some years later.

Since the game used the venerable Unreal engine for its graphics, composer Alexander Brandon was brought along for the ride. A veteran of the tracker and demo scenes, Brandon had worked on the original Unreal and its multiplayer-oriented Unreal Tournament spinoff, infusing both with a potent blend of techno and tracker music. For Deus Ex, the composer would expand on that sound, creating one of his most compelling and best-known works.

Beginning with the propulsive, marchlike "Main Title," Brandon infuses the game with a techno atmosphere reminiscent of his earlier works, but also weds it to a series of strong and structured melodies. For example, "The Synapse" melds an Asian tune with a series of beats and electronic accompaniments, while the "Return to NYC" track makes use of a more Western series of plucked digital strings and drum machine loops. Each of the game's three endings is similarly scored with an original melody and heavy supporting electronics. Each of these techniques fit the atmosphere of the game world perfectly.

There are several ambient tracks, which vary from the terrific, slightly quirky "Majestic 12 Labs" to very dull soundscapes like "Naval Base," one of the worst and most puzzling inclusions on the disc. Brandon's frequent collaborators Michiel Van Den Bos and Dan Gardopée also contributed six tracks of additional music. While Van Den Bos's ambient "UNATCO" and melodic "DuClare Chateau" stand alongside the best of Brandon's tracks, the remainder of their contributions are among the least compelling parts of the score.

Unfortunately, the album situation for Deus Ex is problematic. An official CD was released with the "Game of the Year" edition of the software with about an hour of music. However, it wasn't available as a separate product, and included less than half of the game's tracks. Worse, the music is pried apart, reducing the suites found in the game directory to single tracks. Most of the battle music — arguably the highlight of the score — and nearly all the death music are therefore not present. The music is remixed as well, altering the balance of the music with extraneous elements in many cases.

Despite the problems it suffers on album, Deus Ex features a phenomenally original and effective soundtrack. Quite unlike its sequel's score, it is highly recommended to all fans of the game and electronic music.

Comes with Game of the Year Edition.

Sounds like Ambient, Electronica, Tracker - that's what we can say about this album. 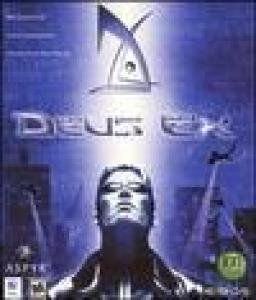 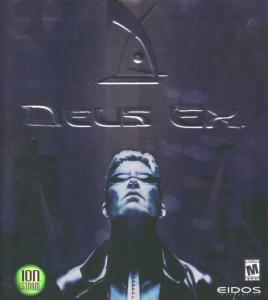