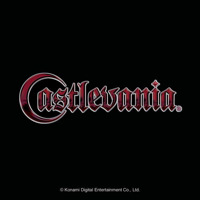 In 2007, Konami released digital albums featuring music from two of their most popular franchises, Castlevania and Contra, to overseas consumers. Classic Castlevania features the complete scores for the NES' Castlevania and Arcade's Haunted Castle (both known as Akumajo Dracula in Japan). While the music within is enjoyable, it may not be worth the heavy pricetag.

The digital release opens with the complete original score for the NES' Castlevania. "Vampire Killer" is one of the reasons the score has gone on to achieve iconic status. Kinuyo Yamashita did a great job making this one of enjoyable, with its memorable melody and pop-inspired beats. What's more, it fits the game well by combining a sense of adventure with a sinister undertone while exploring the castle. It will certain endear most who enjoy catchy chiptunes. Another classic featured on the score is "Wicked Child", a fast-paced and hyper-melodic theme. Combining catchy hooks with considerable development, this piece is actually significantly elaborated upon from its original MSX version; there is a more punchy opening chord progression and richer sound programming.

Among the darker compositions on the score, "Stalker" and "Out of Time" are used in some of the castle's more formidable games. While these pieces are a little less direct, they still feature particularly memorable climaxes. "Walking on the Edge" is a great mood piece too, with its slow ominous chord progressions, though inevitably loses some of its effect out of context. While there is little gothic music here, the boss theme "Poison Mind" definitely set some precedent for later compositions in the series, despite its tragically underdeveloped nature. The score is rounded off nicely by the ending theme "Voyager", a softer and slower theme that will surely inspire lots sentiment and nostalgia for those who used to enjoy the game.

The ten minute score for the Arcade's Haunted Castle is featured during the second half of the release, complete with some long-winded translations that I'll ignore. Composed by Kenichi Matsubara, the music is more reminiscent of Castlevania II: Simon's Quest than the original Castlevania. The biggest highlight is "Cross Your Heart", which firmly asserts the gothic rock sound of the series. The harpsichord runs are a delightful introduction to the track, while the synth melodies are the most memorable and rocking on the entire album. In addition to stylistic continuity, the soundtrack features some identical themes with Castlevania II, most notably the rocking anthem "Bloody Tears" in a straightforward but solid arrangement.

The rest of the score for Haunted Castle is a mixed bag. Tracks such as "Revival Dracula", "Wedding March Tragedy", and "Dracula's Room" convey the intended mood in certain events, but are too short and generic to be of interest. Action tracks like "Devil's Resurrection" and "Final Battle" also make difficult stand-alone listening due to their repetitive elements. Thankfully, there are a few other highlights here. "Don't Wait Until Night" quickly builds into a whisteable pop-inspired anthem, while "Clock Tower's Beat" is quite immersive despite its abstract components. "Basement Melody" blends influences of both of these tracks, to create something that is simultaneously catchy yet moody. The score ends on a bright note with the funky jingle "Sent to the Devil's Requiem".

The scores for Castlevania and Haunted Castle feature plenty of highlights, most notably hyper-melodic anthems like "Vampire Killer", "Bloody Tears", and "Cross Your Heart". However, both scores aren't as impressive as successors like Castlevania III: Dracula's Curse and Super Castlevania IV in terms of their ambient and action music. At 10 USD, consumers will have to pay a considerable amount to purchase this 25 minute release and are advised to consider the more encompassing physical commemorations of the series' classics instead. 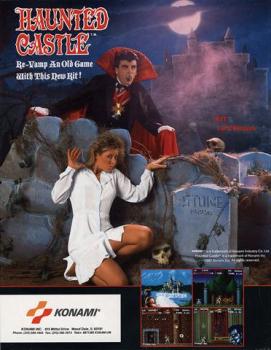 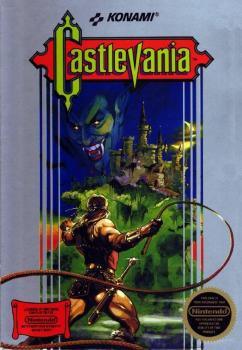