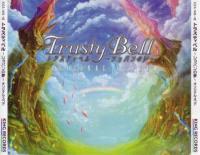 In 2007, tri-Crescendo released a fantasy RPG based on the dying dreams of romantic composer Chopin, entitled Eternal Sonata. Due to his long-standing collaboration with the developer, progressive rock composer Motoi Sakuraba was given the demanding task of representing Chopin's dream. It was demanding for Sakuraba to portray the fantasy pastiche scenario and integrate Chopin's musicality in a complete authentic way. Instead he controversially decided to adapt but not transform his musicality for the soundtrack and integrated many of his obvious trademarks throughout. The final soundtrack mixes recordings of Chopin's piano works with an overwhelming number of Sakuraba's original compositions.

The opening theme for Eternal Sonata captures the emotions of Chopin's bittersweet fantasy. Opening with a distinctive piano and harp motif that depicts a fragile Chopin's fantasies, the voices of Sakuraba's wife and daughter soon intepret a dreamy melody and provide a desperate weeping quality. Sakuraba's harmonisation becomes more elaborate as the game's opening sequence develops. This provides an entirely different context when the melody repeats, intensifying the sense of desperation and drama. After a solo piano interlude, the theme blooms at 1:44; the instrumentation remains similar, but each force offers raw passion to the theme and the dynamic level increased; clearly inspired by the romantic nature of Chopin's compositions, this peak will touch and overwhelm listeners every time. After some agitated piano work and a descending glissando, this section repeats with greater intensity before a beautiful bridge leads to the recapitulation of the initial melody. Despite its individual elements being simple, "Pyroxene of the Heart" is an incredibly expressive and beautiful composition.

Sakuraba's most convincing accomplishment of the album is building on this opening theme to embellish the ethereal world of Chopin's dream. For example, tracks such as "Relaxing Place" and "Reflect the Sky, Bloom the Life" see the composer exploring the timbres of solo woodwinds to establish an airy and tranquil feel. Such pieces aren't authentic or special in their composition, but they complement the world inspired by Chopin so well. Another piece for thought, "From Strength to Kindness" interchanges from being relatively static in the rhythm-based sections and utterly beautiful in those with a melody. Fortunately, the sheer majority of the piece falls into the latter category and even the dull sections add to the wonderful mixture of darkness, exoticism, and romance portrayed in the scenario. Another highly accessible entry, "Is It Different or the Same?" dramatises its gentle woodwind-led melodies with various subtle nuances and more prominent features like the occasional chromatic diminutions and low piano chords.

The soundtrack features seven full-length original performances of Chopin's solo piano works. The majority of the pieces are very well known in popular culture and will be appreciated by most mainstream listeners. They range from the 'Raindrop Prelude', which sets a familiar and dreamy backdrop to the scenario with its repeated Ab quavers, to the 'Revolutionary Etude' with its tremendous flourishes at a passionate tempo. Stanislav Bunin's commanded performance excellently emphasises the emotionally charged nature of the piece while flawlessly dealing with technical demands. Given most pieces are so emotional and have an extensive backstory, their use in the game is very meaningful. Furthermore, their integration at key points in the game is artistically accomplished. Particularly emotional is the 'Heroic Polonaise' during the final disc of the soundtrack. At 7:16, it is the longest, last, and most ambitious of Stanislav Bunin's Chopin interpretations, representing the impending tragic conclusion of the dream.

Sakuraba nevertheless offers some of his trademark solo piano performances throughout the album. Despite the scenario of the game, the composer retains his individual musicality without showing strong influence from Chopin. For example, "Repeated Tide" is a highly improvisatory exploratory featuring reverberations between modernist jazz-inspired chords and fragile, often monophonic, motifs. There is a lot of colour in this piece and it is clear that Sakuraba was inspired by a lot of imagery while writing it. However, its abstractness might well be oppressive for some — it's certainly not a rounded or concise creation like you might expect from Chopin, but it has its merits nevertheless. Others are more subdued in their nature, for example "A Faint Light in My Hands" and "A Walk in the Heart", and seem to channel influences from classical composers and easy listening artists in equal measure. This will be awkward for musicologists to stomach, but they fit the game and please the ears nonetheless.

While Sakuraba appropriately rejects electronic instruments throughout the soundtrack, his battle themes are even more profoundly influenced by popular rather than classical culture. Vibrant violin solos may replace rock organs in the normal battle theme "Leap the Precipice", but it is still has a progressive rock edge. In fact, it is an arrangement of Baten Kaitos' "The True Mirror" right down to its jagged rhythms. "A Resolution to Stand Opposed" meanwhile is more inspired by Sakuraba's work on Star Ocean: Till the End of Time. With jazzy piano clusters, brassy primary melodies, agitating irregular rhythms, and emotionally charged interludes, it is little new from the composer beyond the ensemble. Sakuraba further continues his flair for creating brisk violin-led battle themes in minor keys through "I Bet My Belief", "Flickering is Divided into Light and Darkness", and "Seize the Artifact for Tallness". However, the tracks are so homogenous in their approach that Sakuraba's struggle here becomes even more obvious.

His backstepping approach isn't limited to the battle themes. The overworld theme "Dive Into the Vast Expanse of Plains" is a classic example of Sakuraba at his most exuberant. The bold drum rolls here give way to an exuberant orchestration filled with bright melodies and thoughtful developments. His harmonic and orchestration approach remain as unorthodox as the rest of the tracks in the soundtrack, but it is perhaps the bombast that will be most divisive. A suspense theme, "Rapid Fire" focuses on repeating dissonant intervallic leaps from strings towards its emotionally charged climax, while "Pursuit" is ahead of its time with its avant-garde discords and string portamenti. Neither are particularly original, but they're musically complement and fit on the microscopic level at least. Sakuraba also integrates dance-like elements into many of his compositions here. Tracks such as "Everyone Seeks the Mediocre" and "Can You Recite the Dream?" are more obvious pastiches than the rest of the soundtrack, but they are clearly more influenced by 18th century ballroom fare than the more personal waltzes and polonaises of Chopin. These tracks are nevertheless delightful for their effevescent textures and fluid developments.

As the soundtrack approaches its conclusion, the compositions tend to become even deeper. A strong mood-setter, "A Step" dichotomises a warm, dynamic, and melodic lead with a cold, static, and percussive accompaniment to create a soundscape that is unique yet minimal. It is very melody-driven, making particularly good use of a clarinet duet in another example of inspired woodwind writing. "Where We End Up" is another of the most beautiful creations on the soundtrack. Motoi Sakuraba creates a wonderful soundscape with an piano, acoustic guitar, and dabs of strings and choir. It wanders throughout its lengthy development, impressing with its elaborate but subdued piano and guitar passages and the way the forces diverge and converge. "Embarassment Consistency" is another very solo piano piece — disjointed, atmospheric, and virtuosic. Now all will enjoy this out-of-context, but it forms a wonderful backdrop to the final battle in the game, establishing the nightmarish scene and helping the bridge the gap between Sakuraba and Chopin musically.

For the final battle theme, Sakuraba attempted something unique yet controversial. Rather than create an entirely new composition, he decided to orchestrate Chopin's "Revolutionary" in his own style. For classical listeners, this track will be a monstrosity — an insult to the original piece and the piano as a solo instrument in terms of concept, as well as a crude and ugly orchestration in terms of technicality. For mainstream listeners, this track may be more enjoyable since the lines of Chopin's original are still highly audible and the orchestration carries raw power. The whole effort does come across somewhat desperate and rushed, though. Sakuraba redeems himself with a succession of ending themes, ranging from the tender piano-led miniatures to fully-fledged cinematic cues. The most notable is "Kyoutenka", a song featuring the expressive classically-trained voice of Akiko Shinada. The piano accompaniment subtly revisits 'Raindrops' Prelude before the track blooms into a fully-fledged orchestration that tragically underscores the final minutes of the game.

The amazing feature of this soundtrack is the extent of Motoi Sakuraba's expressiveness. With pieces like "Pyroxene of the Heart", "Can You Recite the Dream?", and the entire ending sequence, he perfectly depicts the fantasy, romance, and tragedy of Chopin's dream world. The soundtrack also displays strong use of instrumentation, with Sakuraba employing use of piano, woodwinds, strings, choruses, and even brass in an almost consistently artistic way. There is also impressive fluidity with respect to integrating instrumentation, maintaining pace, and achieving extensive development, separating it from some of its predecessors. Despite adjusting his palette, Sakuraba makes few efforts to directly emulate Chopin's compositions and aspects of his progressive rock background are even evident in the harmonies of some of the aforementioned masterpieces. This was perhaps a wise decision, given it is generally better for an artist to express their musicality than emulate another's. However, sometimes more restraint would have enhanced the game and soundtrack as an artistic experience. Nevertheless, the unlikely Chopin-Sakuraba alliance turned out more fluid than expected and both artists beautifully complement each other in terms of both the scenes of the game and the tracks of the soundtrack.