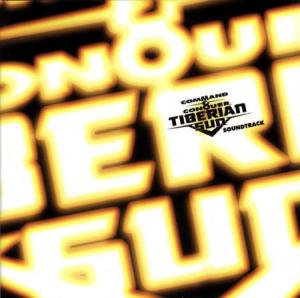 In 1999, Westwood Studios attempted to take the Command & Conquer series in a new direction with Command & Conquer: Tiberian Sun. Returnee Frank Klepacki, paired with Jarrid Mendelson, largely abandoned the hard blend of rock and techno featured earlier in the series in favour of a more subtle and ambient approach. The resultant score, released both physically and later digitally, has proved controversial but is now regarded as one of the most artistic scores in the series.

Let's start with Jarrid Mendelson's "Pharotek". After an ambient introduction comprising mainly sci-effects, this theme evolves into an exotic jam, fusing Arabian wind instruments with groovy techno beats. Many of the styles and instruments featured in this piece are novel to the Command & Conquer series, yet the rhythmical impetus and hard-edged textures still remain. It's especially enjoyable how, in the spirit of collaboration, the composer provides a nod to Red Alert with his use of commanding marching sound effects during several interludes. "Pharotek" might not be as outwardly anthemic as Klepacki's previous hits, "Act On Instinct" or "Hell March", but it's just as immersive and entertaining nevertheless.

While there are solid grooves throughout the soundtrack, it's probably the soundscaping that makes most tracks interesting here. "Lone Trooper" and "Dusk Hour" are both fine examples. The former is the perfect accompaniment to a lonely mission against all odds. There is a sense of desolation throughout the track, created by the detached beats and dark timbres. However, something motivated is still created by the occasional use of more soothing synthpads and ethereal vocals, which is particularly effective at the centre of the arch. The latter, one of Klepacki's contributions to the score, is an abstract and apocalyptic blend of sci-fi elements. The elements used to keep the composition interesting, such as some industrial percussion and distorted synth leads, aren't encouraging this time and instead give a sense of an impending grim destiny. It's tremendously effective in context and potentially beautiful outside it, but it's certainly not for all either.

Unlike other Command & Conquer soundtracks, there are few compositions that are exclusively dedicated to portraying the heat of the action this time. However, there are plenty that evolve to encompass such moments, such as "The Defense", "Mad Rap", and "Valves", that evoke memories of the hard and groovy tracks from the Command & Conquer series. However, even these tracks are 'toned down' and 'weirded up' somewhat to represent the new setting, ensuring the soundtrack is largely a cohesive and continuous. Again, this won't be for everyone, but it does contribute towards the Command & Conquer: Tiberian Sun being a particularly artistic and cinematic entry into the series, at least musically.

Not everyone will find Command & Conquer: Tiberian Sun an entertaining stand-alone listen. However, it is certainly a stunning complement to the game and is regarded by many, including myself, as a fascinating and beautiful listening experience even out of context right up there with the likes of The Dig. It is a pity that Klepacki and Mendelson weren't given the opportunity to score other titles in the series demanding a more ambient approach. Regardless it is well worth sampling this release and considering a digital purchase.

Mastered by Mike Sak at Kill the Messenger

Tracks preview provided by iTunes. If you like Command & Conquer: Tiberian Sun Soundtrack, we strongly recommend to buy it. Support composers, artists and performers so they can release more music in the future. Prices and shops where you can buy it are at the right column. Notice, Yandex.Music gives you opportunity to freely listen to this album. Absolutely legal. Without violations. 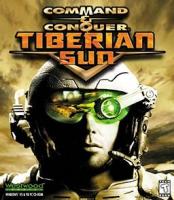