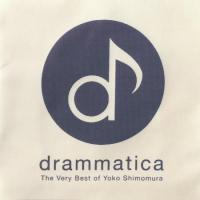 When it was announced that an orchestrated arrangement album was going to be created to feature some of Yoko Shimomura's biggest hits, I, among others, were quite happy. Many of us know this fantastic composer from some of her earlier works, including Front Mission and Live A Live, while others are more familiar with her recent contributions to Kingdom Hearts and the Mana series. Overall, Shimomura is an exquisite and eclectic composer, taking chances in many different styles while keeping her own signature sound. Having the opportunity to hear some of these pieces with a full orchestra can only make these pieces come more alive, right? Keep in mind that this review will look at these arrangements specifically, instead of simply comparing them to the originals. Also, I will be focusing on the strengths of the album, and some of my favorites, so all tracks will not be covered. Let's take a look.

Let's begin right at the start of the album with "Legend of Mana ~ Title Theme" from Legend of Mana. My original impression of this track was a good one. I really liked how the opening sequence followed the original almost exactly, which was always a fantastic sequence on its own. I mean, come on — slow strings and a rolling piano before going into a full piano solo? You can't ask for more really. However, things turn a little sour once the percussion comes in. Perhaps it is just the recording, but the heavy drums tend to drown out the rest of the orchestra, except for the brass which tends to blast through at odd moments. These two elements together seem to destroy the serenity of the piece for me in a way. I'm also a little disappointed that the piano, arguably Shimomura's strongest composition element, isn't featured more. But the piece ends on a good note, doing away with all the distractions and returning to strings and piano. I think I would have been more impressed if this arrangement had focused more on an acoustic level than on a fanfare, but altogether it isn't a bad way to start the album.

Staying with the Mana series, "Tango Appassionata ~The Way This Heart Is~" from Heroes of Mana is a very upbeat and strangely hypnotic track. The strings in this track really shine, and the technique ranges from short staccato, to long sweeping segments, with a solo violin providing the main melodic line while being countered by cellos. I really like the addition of the accordion, as it helps to cement that whole tango feel to the track. The emphasis on tambourines at the start and further percussion (with snares and a hint of timpani) also works to the arrangement's advantage, because the percussion elements don't intrude on the track as a whole, which with all the string work would be disastrous. This track also has a more noticeable piano element, even though it simply mirrors a lot of what is heard in the string work. As a whole, I really like the energy of this track, and I applaud the arrangement because of the attention to detail, instead of simply trying to turn the piece into a full blown production number.

Speaking of production numbers, we should look at "Destati" from the Kingdom Hearts series. Before I continue, I want to point out that I've always had a strange opinion when it comes to choir. Since I don't want to go into a lengthy discussion about choirs from different regions in the world, I'll just say that my favorites come from Europe, and I'll leave it at that. I know if I start talking about this choir, I'll go into a rant, so let's move on shall we? The progression of this track is quite good, particularly in the opening sections. Volume and overall instrumental 'mass' steadily increases without becoming too tangled or overpowering. As with other tracks on this album however, the percussion (particularly the timpani) is a bit strong, often obscuring the more intricate string work during the piece. This throws off the balance of the track and, when you throw in the less than convincing (and in parts hardly audible) choir, the entire arrangement comes out a bit muddled.

Also from Kingdom Hearts, we are given "The 13th Anthology," which brings together the previously heard themes from the tracks "The 13th Struggle," "The 13th Dilemma," "The 13th Reflection," and "Organization XIII." Unfortunately, one of the problems that I previously had with these pieces was that they all basically sounded the same, and this arrangement falls victim to that as well: for a track that is almost seven minutes long, there isn't very much variation to be heard. We have a lovely piano opening, taking a cue from "Organization XIII" to establish the theme, complete with wonderful sweeping strings of varying volumes. A lot of the pieces that I tend to associate with Kingdom Hearts have this almost mystical style to it, so I am very happy that this sound was preserved for the opening of this arrangement. For the next two minutes, we have the main theme given again, with full orchestra and percussion (again with the volume problems), before changing gears at the three minute mark into an almost waltz-inspired rendition of the main theme for a disappointingly short thirty seconds. Then we're back into full orchestra mode with the counter themes present from the original '13th' tracks, which follow through to the end before diminishing back to a solo piano. I think one of the main problems with these selections is that, melodically, there are better choices from the Kingdom Hearts repertoire, and there are certainly a lot of other tracks which I would have liked to see represented rather than these ones.

Although I am familiar with a lot of Shimomura's work, I haven't heard everything she has created, so I'd like to spend some time with some "new" material that I haven't heard before, starting with "Take the Offensive" from the Front Mission series. In contrast with the other pieces on the album, this track does a great job at separating the different orchestra sections. You have wonderful segments of just strings, or just brass, or just woodwinds that really allows the orchestra to show off. In addition, when the different sections come together, certain sections get a spotlight to soar through with the underscoring (this is particularly true with the brass over the strings in the first half). I also love how the piano is actually heard in this piece, even if it is far too frequent for my tastes. Putting all of that aside, the basic fact of this piece is that the melody is catchy and memorable, which really plays to the strength of both the original composition and the way the track has been arranged. "Manifold Irons" has a similar arrangement style, in that each orchestra section gets its own individual spotlight. I can honestly say I have never heard a brass and woodwind duet in any piece like the beginning of this one. Both sections blend extremely well without being overpowering and, when the woodwinds are joined by strings (which later continue the same melodic pattern), the whole piece exudes energy and light. Using these pieces to compare with the Kingdom Hearts tracks, you really hear a difference both in the composition style, but in the way that they have been arranged. In this case, less is more is definitely an asset

"Forgotten Wings" from Live A Live is a great example of the varying styles that Shimomura works with. In this review, I've looked at a lot of the faster paced or grand expressive pieces. With this one, we get a distantly melodic piece that really conveys a mood (serenity) rather than an emotion (tension). The entire arrangement is slow and expressive, with much of the orchestra providing an accompaniment for the piano. Booya! We finally get to hear Shimomura's piano work! I am, however, disappointed with how this track plays out. What starts off as an exceedingly beautiful track turns into a wall of sound due to the percussion and the unnecessarily loud brass. Luckily, that segment doesn't last very long and the piece closes out just as smoothly as it started. "The Tale Told by the Wind" from Heroes of Mana continues this idea, focusing on expressive melody to drive the piece. In this piece, I really like how the melody is passed from woodwinds, to strings, to the piano, and back around again in a constant wave. It never stays with one individual section, allowing the sound to change and mould itself to the different instruments. Off all the pieces on the album, this one most closely resembles what we might hear in an actual game, and it is also one of the few pieces which is not impacted by the overly loud percussion, which again is a great effect; these two pieces certainly wouldn't have sounded the same otherwise.

It wouldn't be fair to end this review without looking at the new exclusive piece from Final Fantasy Versus XIII. "Somnus," it should be noted, this isn't an arrangement, nor is it preformed by the same orchestra. Instead, this is the actual piece from the game, and is the first complete track to be commercially available from the entire Final Fantasy XIII game set. Many have heard this piece with the trailers which have been produced for the game, but this is our chance to hear it without guns and swords and all that racket. At its core, it is a beautiful piece. Expressive piano, slow strings, and a soaring operatic vocal from Aundrea Hopkins provide all the necessary elements for a positive Final Fantasy vocal theme. Or rather, you would hope so. Much to my disappointment, much of the track comes out sounding muted and far from the polished perfection we, as fans, have come to expect. Particularly in the latter half of the track, where the tempo changes and we have an extremely intriguing rhythm (my favorite part of the piece), you can barely hear any of the subtleties in the piano and even the vocal gets a bit buried. I like that the piece requires no percussion to keep it moving, but I expected a lot more from this piece.

I really can't fault the concept of this arrangement album. That being said however, there are a lot of disappointments within the arrangements. The percussion is too loud, the volumes are often out of whack, and many of the intricate melodic details of the original pieces are absent. There are, however, a few really nice arrangements that manage to avoid these problems and present something quite solid. I think one of the main issues plaguing this album is the arrangement choices. Limited to only five series from Shimomura's impressive catalogue, we only get a glimpse at what she has produced in her career and even then some of the pieces chosen from those five are a bit suspect, often focusing on popularity rather than true arrangement potential. Because of this, my reactions to the album are quite mixed. Certain elements appealed to me, while others left me less than satisfied. However, if you enjoy Shimomura's work, this is still a solid album that many should be happy with.