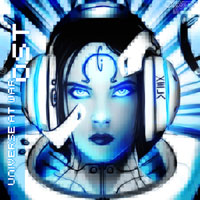 The album, following the Emperor tradition, has a code division according to the combatants. The total is 3 races and 3 completely different sound styles (and 3 disks too, as you’ve probably already guessed).

The Hierarchy is represented in the way appropriate for foul villains with BIG guns. 12 compositions, excellent industrial and a non-stop drive – that’s what the first disk really is. “Damage King” gives a sort of direction for all other Hierarchy tracks. Heavy guitar reefs in the beginning and ceaseless mashing later on. All the tracks of the first disk, whether they are “Anticipating”, “Haunt” or “Slithering”, hold up an up-tempo (purely game “On The Edge”-like things are not counted) and the same drive. A special attention must be drawn to references to Frank’s works in C&C series. There is a jump spark of “Renegade” and “Yuri`s Revenge” in above-mentioned “Anticipating” and “Slithering”, and “Mechanical Brain” gives hip people an absolutely incomparable portion of orgasmic pleasure.

So, we’ll make the word Drive a refrain of the first disk.

The Novus race can’t stand industrial and loads an energetic electronica in headset before a battle. Lucky 13 tracks of the second disc are literally crammed with purely Klepackian mix. Frank’s vivid electronica makes it clear that the author’s style plays one of the first violins in composing something (You heard that, mister Soule?). Besides purely fight compositions after “Modern Design” fashion, a leisurely “Red Alert 2”-like synthetic will readily be observed. Here we have “Electrode” and “Calculations” and “Moving Forces” after all. Novus’ sound accompaniment on the whole holds up a more hasteless tempo but not less of a drive. And, naturally, references to “C&C” – “Act on Invaison” (“Act on Instinct”, hi there!), “Moving Forces” and slightly in other compositions.

Well, we’ll make the word Strength a refrain of the second disk.

The Masari race became a frank revelation for the former Westwood in all things, including music. When had already started mastering full-fledged orchestral music in “Forces Of Corruption”, few could have imagined how it would shape in “Universe at War”. It is the third disc that shows us Klepacki’s creative development and growth and his shining talents from a new viewpoint. The disc starts with both epic and adrenal “Divine Intervention”. In spite of banality of using orchestral epics in games, here it really is a breath of fresh air! A small post-processing via digital technique and the same industrial tunes here and there quite rev up, listen to the unexpected second part of "Reanimation” alone! All these things would have sounded great in “Warhammer”... Well... Whatever. Naturally, apart from mind-blowing compositions there is a very strong ambient on the disc. Mind you, with Eastern tunes.

On the ground of the abovementioned, we’ll make the word Skill* a refrain of the third disc.

*Skill - is what Klepacki, who still amazes us, hasn’t lost.

As I’ve already mentioned, the year is about to end, so we can afford a little liberty named “SU” – summing-up. There are 3 prospective blockbusters: “C&C3”, “WiC” and “UaW”. “C&C3” with Morris and Jablonsky call our attention to nothing more than indistinct Hollywood electronica, which is almost inaudible in the game. Gentlemen from Massive made something “quite-Hollywood-like”, as usual. And only Drive, Strength and Skill, which form the soundtrack of “UaW”, saved the day for strategists-music lovers. And saved it in a way, that should make all the composers of other genres think of it.

Frank Klepacki's downloadable version of the Universe at War soundtrack showcases more of the artist's traditional electronic sound but with a darker, less playful edge. His tracks clash and grind, the heavy guitar riffs are unrelenting, and the drums are furious.

The opening tracks have a dark, ominous scoring carried by strings that settle in to the rest of the hard rock environment rather appropriately, as in "Doom of the Aliens" or "Anticipating". Each track lets the strings carry a somber melody beneath a bed of guitar and drum work. The real meat of each piece is in the electronic processing and the depth he puts into each patch; rarely does it appear instantly recognizable, although the bass line at the beginning of "Anticipating" reminded me, pleasantly, of Morphine or maybe Rage Against the Machine.

Klepacki has gone to lengths to make the dark, alien soundtrack almost feel tangible. The atmospheric tracks like "Schematic" are both interesting and creepy at the same time, even in the way the string patches are mangled and processed. Even hard rock tracks like "Haunting" have interesting breakdowns mid-song. "Modern Design", among others, are more like updated versions of his classic sound, still containing an techno groove but with the appropriate mood for the new landscapes. Other highlights for me include the choir singing in "Display of Power", "Masari Suite", and "Disturbance", where Frank really reaches out for that grand, heroic theme that he's been striving to write in many of his past soundtracks.

In all honesty, it's not the easiest of Klepacki's soundtracks to listen to. Many of the tracks are dark, sinister, moody, or hard-edged and rough around the edges. They don't quite have the playfulness that he branded in his original scores, but that's not to say they aren't amongst his best works. Thematically and compositionally, as well as production-wise, the tracks are skillfully mixed and well written. They serve the game well, and for those who can dig this style, there are some great tracks to pick out of here as good standalone music to pump you up or relive favorite parts of the game.

I'm also a fan of the exotic instruments and percussion he introduces late in the soundtrack because they simply add another element to his music, and give him more room to work with. Certainly, game soundtracks of late have been a great melting pot of various ethnic styles and electronic music. "Ancient Presence" is one of the most cohesive examples I can provide in recent memory. It is perhaps my favorite track on the album and one of Klepacki's most interesting, given his traditional style.

Again, if you love his music, you will get a kick out of many of these tracks and be happy to see that Frank, like his tunes, is still evolving, and still rockin' out with the best. This three disc digital album was released for free by Petroglyph Games, so there's it's certainly worth picking up.

Показать
23.12.2007    1764
Album was composed by Фрэнк Клепаки and was released on December 22, 2007. Soundtrack consists of tracks with duration over more than 2 hours. Album was released by Petroglyph Games.

Sounds like Classical, Electronica, Industrial - that's what we can say about this album. 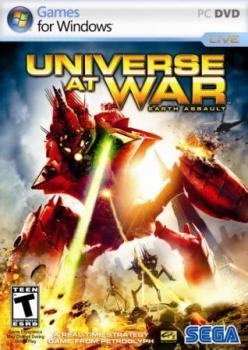