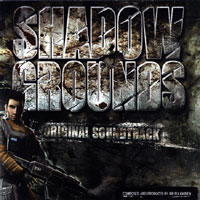 Shadowgrounds is the first game of Finland-based developer Frozenbyte. Inspired by old school games such as Alien Breed and Contra, it is a top-down perspective shooter with a sci-fi story revolving around the resistance of humans against shadow-loving aliens invading their colony. The player must make his way through dark areas while blasting everything that moves to stay alive and purge the deadly invaders. While an exciting concept, it has been developed a number times already by other companies (and film makers), which makes it harder to make a good impression. However, Shadowgrounds was rather well-received by the fans and critics, who particularly raved about its soundtrack. At the public's demand, Frozenbyte assembled and published the music on CD. What is so special about this soundtrack? Let's find out...

The soundtrack was composed by Ari Pulkkinen, the in-house composer and sound designer at Frozenbyte. It is the second game which he worked on and that was published — the first being StarFight VI: Gatekeepers in 2000. So, this makes him young in the business, and ultimately unknown to most game music fans. People who have not played the game then might not have any reasons to buy this soundtrack. I was one of them, but I decided to take a chance and let go my grip on $15 in exchange of this CD, and perhaps discover new music to enjoy in the process. And I did! But I will lay my cards on the table from the start and say that this album is not perfect, and also that it is not my favorite work by Pulkkinen (see Super Stardust HD, released after Shadowgrounds), but it is remarkable nonetheless. The main genres featured are orchestral, electronic, industrial, breakbeat, heavy metal, and ambient. Pulkkinen cited Command & Conquer, Fallout, and Streets of Rage II as influences for this soundtrack, and they all indeed helped shape the sound in one way or another. But don't expect to hear "Act on Instinct" or "Go Straight". The composer took in many influences and fused all these elements together to give Shadowgrounds an identity that is, while not highly eccentric, unique.

The tracklist is divided in four groups: cinematic, action, ambient, and bonus. While this is a clear way of ordering the tracks, I found that it emphasized a monotony that can be found in the music. Listening to all of the action tracks one after the other can become heavy, and doing the same with the ambient cues has the potential of boring the listener. Desegregating them would have benefited this aspect in my opinion, creating a more balanced and uniform tracklist. This is nothing terrible however since we live in an age where custom playlist can easily be put together.

On to the music, the album opens with the epic main theme, an orchestral piece with a militaristic flavor. The short opener is followed by one of the best tracks from Shadowgrounds, "Valley of Shadow". A beautiful and serene 4-minute fusion of orchestral and industrial music. It is unknown whether the title has biblical references, yet the strings and choral provide a heavenly feel while the mechanical beat introduced in the latter half underlines the futuristic and dark aspects of the story. The remaining cinematic tracks are similar in sound and mood, albeit all shorter in lenght.

Track 6 is the start of the action tracks and this could not be mistaken as the sound becomes a lot more aggressive. In total, there are twelve of them, with a avaerage duration of three minutes each. While the orchestra is conserved, the industrial sound palette comes in the forefront and electric guitar riffs are introduced. The guitar was played by Jussi Sydånmaa, better known as Amen from the Finnish heavy metal band Lordi. This special guest is most welcome as his performance really adds to the belligerent tone. Solos are absent though (only riffs), which is somewhat deceiving. All action pieces rotate around these sounds, some being more heavy on the orchestra, guitar, synth, or beat. The atmosphere created is very tense and quite appropriate for the game. It could make good training music outside of context since it has a lot of raw energy, but when listened to while sitting calmly, I'm having difficulties going through the whole bunch in one go as it becomes oppressive. The fact I'm not the biggest enthusiast of heavy music probably don't help though. Standouts include "Protectors" with its French horn, "Total Metal Jacket" with a trashing guitar and retro synth (which is slightly reminiscent of Motoi Sakuraba's Valkyrie Profile), the softer "Request (part 1)" with strings that make you feel like you are gliding, and finally, "Final Round", which throws everything at the listener before it is over.

The ambient category features tracks that sound, well, quite ambient, especially after the blood-pumping action ones. The quiet soundscape is mainly supported by strings and synth pads, with occasional electronic and choral assistance. Similarly to very heavy music, I'm also not highly excited by slow ambiance in general, which is featured in the first tracks like "Apocalypse (part 1)" and "Request Adagio (part 1)". While I was waiting for the pace to eventually pick up, the appropriately titled "Wait for Me", along with "They're After Me", came up in my player and reintroduced an industrial beat and rhythmic section which made the listen more interesting. The end credits theme comes last and is a nice piano reprise of the main theme that opened the album.

Last track on the album, "Rzton King - Super Cool Disco", is the only one populating the bonus category. With its dance beat and sporadic vocals, it is the alien of the album! As its title suggests, it is indeed cool, with a repetitive Middle-Eastern-sounding synth hook and other extravagant elements of the genre. It can be heard in the concert hall of New Atlantis in the game.

While Shadowgrounds has not become one of my top-favorite soundtracks, I still consider it as being great. The diversity and fusion of genres is quite interesting, although the mood is often dark and serious. I would rank it is among the best soundtracks to accompany a dark sci-fi shooter. You might have noticed that I have not used the term "melody" yet. While there are many melodies in the music, I find that none of them are extremely catchy. The fact that the music is highly multi-layered might affect this perception though, having to adjust the focus on various things going on at the same time. The instrumentation is good most of the time, but I must mention that the orchestra is not real. On certain occasions, it sounds a bit poor by today's standards, especially when it comes to horns. But on the other hand, the fact this soundtrack does not rely exclusively on it help avoid this to become too problematic. Fans of orchestral music might find something to enjoy here, but I would not recommend it to them first, rather starting to tip fans of industrial/rock.

Length-wise, the disc is almost filled to completion, clocking at a copious 79:03. There is definitely a lot of material on it. By browsing Ari Pulkkinen's website, I discovered that a few tracks from the game did not make it on this album: "Death Awaits", "IBTN Network Channel Theme", "ISERCom Infoscreens", and "Against All Rounds (Shadowgrounds Trailer)". Since they are less important to the story, I guess this is the reason why they did not make the cut. I wish that the bluesy "Death Awaits" would have made it though. You can buy the album physically from the developer's website for about $15 or digitally from Sumthing Digital for $9.99. The album comes with a two-page booklet which includes liner notes about the goals and influences of the composer.

Soundtrack got also a major uplift from live guitar performed by Amen - one of the monsters in the famous rock band Lordi.

Shadow Grounds Survivor - www.shadowgroundssurvivor.com
Ari Pulkkinen - aripulkkinen.com
Lordi - www.lordi.fi...
Показать
18.06.2007    1798
Album was composed by Ари Пулккинен and was released on August 29, 2006. Soundtrack consists of tracks with duration over more than hour. Album was released by Sumthing Else Music Works.

Sounds like Ambient, Classical, Rock - that's what we can say about this album. 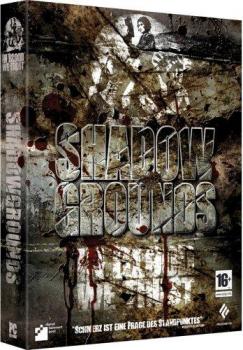 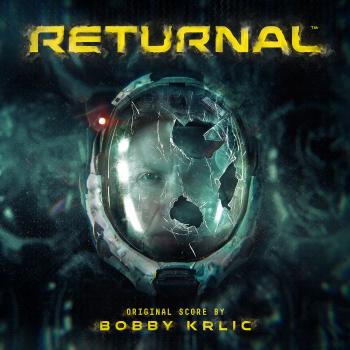