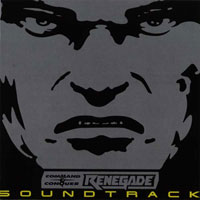 Command & Conquer: Renegade was Frank Klepacki's final solo score for the Command & Conquer series. After some controversial experimentation on Command & Conquer: Tiberian Sun, he returned to the series' musical roots on this score — offering a hard-edged mainstream-targeted blend of rock and techno. Its soundtrack was initially released as a physical limited edition bundle and then re-released with one fewer track through iTunes.

Klepacki shows he is back on form with the opening theme, simply titled "Command & Conquer". He creates tremendous energy and raw power through blending electric guitar riffs and techno beats throughout. However, he also ensures that the components have sufficient rhythmical impetus to be enjoyable, rather than oppressive. The more melodic segments provide the icing on the cake and create that motivating, anthemic, yet hardcore sound most associate with classics like the "Hell March". Like most of Klepacki's contributions, "Command & Conquer" has tremendous mainstream appeal, but it has a unique voice as well.

It is Klepacki's sense of rhythm that makes his music so appealing and effective compared to so much other fusion music out there. The guitar riffs and melody constituting "Got A Present For Ya" are rather simple, even generic, on their own. However, they assemble in such a way that they're compelling and attractive, like some of the best head-banging metal pieces out there. "In The Line Of Fire", for some reason exclusive to the physical release of Command & Conquer: Renegade, is another fantastic example of Klepacki's rocking rhythms and ever-changing development. It's a highly captivating way to portray the heat of combat.

More ambient themes such as "Sneak Attack" and "Sniper" tend to focus more on layering atop electronic synth lines. However, their development sections are sufficiently interesting — whether or unexpectedly heartrending — to ensure they still stand out as must-listens. The latter is particularly interesting for the way it combines Klepacki's grooves with sirens reminiscent of the Ironside theme. Also of note are more edgy themes such as "Industrial Ambient" and "Move It", which are almost totally carried by their charismatic percussion lines. They also portray the colours and moods of the environments they are used in rather effectively, reflecting a dynamic rather than static environment.

Overall, Command & Conquer: Renegade is an example of Frank Klepacki at his best. All the music here is simultaneously immersive and appropriate in context, entertaining and addictive out of it. What more can one ask for? Those who can find the physical release should seek it down, since the bonus track is quite a highlight, though it is still worth downloading the digital version otherwise.

Tracks preview provided by iTunes. If you like Command & Conquer: Renegade Soundtrack, we strongly recommend to buy it. Support composers, artists and performers so they can release more music in the future. Prices and shops where you can buy it are at the right column. Notice, Yandex.Music gives you opportunity to freely listen to this album. Absolutely legal. Without violations. 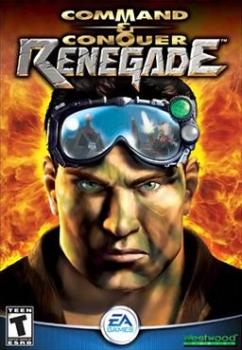