ICO ~Melody in the Mist~ 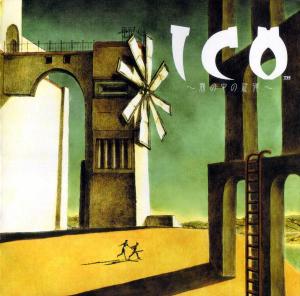 ICO the game is the ultimate cult classic game. It is a unique game and broke many boundaries in terms of aesthetics and structure within the video game medium. The minimalist approach to the graphics, plot, and characters is reflected within the soundtrack. Michiru Oshima, most famous for her work on the Legaia series and the Godzilla films, joined forces with the enigmatic 'pentagon' to create an appropriate score to this unusual work. I find it very interesting that melody is in the singular in the title of the album release. I'll explain later.

I might as well admit this from the start: I really did not enjoy this soundtrack. I am not a fan of tedious ambient music and, unfortunately, couldn't escape from it in this CD. Of the sixteen tracks on the album I found only two that rose above tedium: "Castle in the Mist" and "ICO ~you were there~." The former track was recommended to me and I was very taken with the use of a mandolin duet playing a simple and charming melody. It inspired me to search out the rest of the album under the assumption that it would be more of the same, so I was very disappointed with the outcome. "ICO ~you were there~" is another favourite of the game music community due to its individual take on the closing vocal track of a soundtrack. Instead of a female vocalist we are presented with a treble singer who gives a much more ethereal atmosphere than a traditional pop song could ever have achieved. The mandolin returns along with some very warm and appealing electric piano arpeggiated features. Unfortunately the song is atmospheric but lacks the emotive appeal that is expected from a closing piece; its melody does not have any significant presence and I feel the track lacks substance.

The other fourteen tracks on the album are uniformly experimental ambience. I am not a person who shies away from music that pushes the boundaries and there are other albums I listen to which make this soundtrack feel pedestrian, so I was perplexed when I found this soundtrack very inaccessible and dull. I believe the problem lies in the length of the tracks; outside of the two pieces mentioned above none of the other tracks get much further than one and a half minutes. This makes the listener feel very short-changed by the experience; the pieces feel under-developed and don't hang around long enough to make an impact on the listener. When the pieces are particularly ambient like in this soundtrack the problem becomes intensely more noticeable due to the fact that the moods created are not given time to settle with the listener and the unconventional development normally present in the ambient genre is noticeably lacking. Perhaps the problem could have been remedied by a nice melody or two but as I noted previously there is only one notable melody in the entire soundtrack, Castle in the mist. I think this particular issue makes me especially detached emotionally from the soundtrack and thus doesn't provide a satisfying enough listen for me.

However I feel compelled to mention how it works in game. I have not played it myself but have been able to witness the soundtrack in context and I must admit it is one of the strikingly well executed soundtracks I have come across. The ambient landscapes are given the necessary loops to really unsettle the listener; the ambience used fits the mysterious and almost archaic nature of the game to an almost perfect level and I believe it is this soundtrack that gives this game the atmosphere it so highly praised for. A traditional game soundtrack would have significantly reduced the appeal of the game in my opinion.

In conclusion I feel very conflicted as to whether this is a good or bad soundtrack. Detached from the game this album is vacuous and irritating in its use of the ambience genre, but combined with the game it becomes a truly magical experience. I consequently feel a traditional score would be inappropriate and have thus devised a three part score to encompass my feelings on the soundtrack. The first score is for enjoyment, detached from game context as much as possible and stemming from my music player's rating system. The second is for musicality, which takes into account experimentation, melody quality, and development. The third score will be for the soundtrack as a whole and is intended to include some contextual and atmospheric tilt to the overall score as well as accounting for my desire to listen to the whole soundtrack rather than just a few tracks. 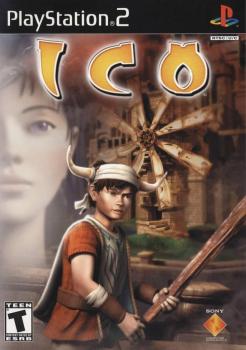