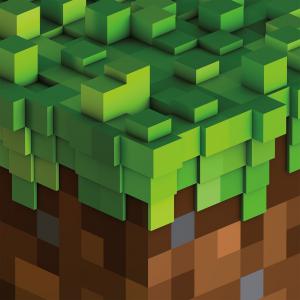 Minecraft is extraordinary, in so many senses of the word. This is a game that has no end goal, yet has encouraged so much creativity amongst the modding community and unbelievably large player base. No money whatsoever was spent on marketing, and the game isn't even finished yet, but at the time of writing it has over seven million people playing the game (two million of whom have already bought the beta version of the game). This is made all the more extraordinary by the fact that the graphics and art style of the game are intentionally blocky and that this is a brand new IP. In today's world of HD graphics and marketing campaigns worth millions, this kind of success is unheard of. Through Internet videos and playing the game, I've seen, among other things, people build fighting arenas where groups of players have held tournaments (including ones based on other game series such as Mortal Kombat), creating giant craters and pies, cities (including recreations of real ones), a model of the entire Star Trek Enterprise, and mods producing Minecraft versions of other games such as Halo.

The music for the game was handled by Daniel Rosenfeld, also known as C418. His music is hard to describe, though I think of it as very experimental and electronic in nature, with elements of ambience. This style is heard throughout Minecraft Volume Alpha, sharing many similarities with other atmospheric scores such as the Diablo games. I think this album works as relaxing electronic music, though there are actually some nice melodic lines and definitive beats in there too. It adds up to an album that doesn't have any major wow moments, but is a very solid collection of music from the game.

The soundtrack opens with "Key", a reverb heavy track which eases you in and directly leads into "Door". Here we start to hear the clean, organic soundscapes that define the music of Minecraft. In this particular track, we have strings and basic synthesizer sounds in the accompaniment, with a flute and piano carrying a nice melody. The title track "Minecraft" is very simple, consisting of two essential chords. The rest of the music is built on top of this chordal riff in a relaxing and ambient way. "Subwoofer Lullaby" meanwhile is a progressive track that surprisingly doesn't put any emphasis on any bass sounds; if anything it puts emphasis on the treble register, perhaps exploring how those sounds work through a speaker effect designed for bass.

There are elements of acousmatic music in the soundtrack too, similar to Limbo (using everyday sounds traditionally unconventional to music to make music). "Death" depicts someone actually dying in the game through sound effects — it actually sounds quite brutal — with some light tonal music in the background. This light tonal music is carried on in "Living Mice". I love the progression in this track, starting from nothing and evolving into a piece that would fit in the Water Temple from a Zelda game. Speaking of which, "Moog City" has a melody that sounds a little like Zelda's Lullaby, and underneath there's a catchy rising ostinato. "Haggstrom" starts off sounding like a music box, which carries on throughout the track while the strings accompany with some interesting chords. Half way through this progression is transferred to piano and harp sounds.

Plenty of tracks build on the chordal focus on the album. These include "Equinoxe" and "Mice of Venus", which incorporate some relaxing piano work atop the chords. In the latter, the piano takes over from the electronics to become the main feature of the track, before transforming into a demented version of a haunted house theme. "Thirteen" is pure atmosphere, and there's a surprise in the middle of this track, which may make you think your music player is broken but trust me, it's supposed to happen. It's completely unexpected if nothing else. "Clark" and "Sweden" are sad sounding pieces that inspire reminiscence, much like a classical RPG would. This vibe is followed with "Chris", which also introduces a percussive beat which eventually starts sounding really rhythmic and funky.

The soundtrack also explores some 8-bit sounds, adding some much needed variety at this point in the album. "Cat", despite being very frantic in its flurries of notes, has very distinguishable harmonies which complement the electronic drums and 8-bit sounds very well. The melody is more understated and less catchy than typical chiptune music, but it works well. "Dog" is similar, though it puts more emphasis on the 8-bit sounds, and has quite a funky beat behind it. "Droppy Likes Ricochet" starts off sounding like a kid trying to play the piano for the first time, and then a beat comes in, which is also heard in "Droppy Likes Your Face", a track that brings back some of the chiptune sounds and introduces some voice samples into the mix. It's a strange way to end the album to say the least.

The rest of the soundtrack consists of short atmospheric tracks, which add to the feel of the game and the album when listening to the album as a whole. These include soundscapes such as "Oxygene" and short piano pieces such as "Dry Hands" and "Wet Hands". While not so interesting on their own, they work within the context of the whole album to create an engaging whole.

Overall, Minecraft Volume Alpha is an enjoyable album if you enjoy listening to relaxing and experimental music. If not, then you won't get much enjoyment out of this album. Each track on its own won't wow you in any way, though they all come together to form a cohesive whole that is unconventional and interesting. The music is such that I couldn't imagine it becoming really intrusive or tedious for anyone playing Minecraft for long periods of time. If you're up for listening to something you may not have heard before then this album is worth checking out.

Here you can freely listen to preview tracks from Minecraft - Volume Alpha. Album was composed by Даниэль Розенфельд and was released on March 04, 2011. Soundtrack consists of 22 tracks tracks with duration over about 55 minutes. Album was released by Bandcamp.

Tracks preview provided by iTunes. If you like Minecraft - Volume Alpha, we strongly recommend to buy it. Support composers, artists and performers so they can release more music in the future. Furthermore, it's inexpensive. This album costs only 16.99 USD. Prices and shops where you can buy it are at the right column. 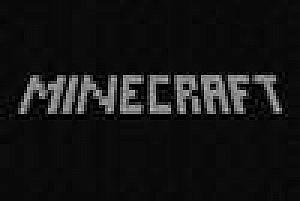