007 From Russia With Love - Original Score 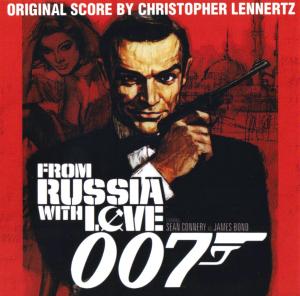 In 2005, Electronic Arts adapted the classic film From Russia With Love into a video game. A range of new music underscored the return of James Bond's original actor, Sean Connery, to the series. Christopher Lennertz (Medal of Honor, Supernatural) inherited the scoring reigns for the franchise and wrote most pieces in the spirit of the late John Barry's classic score.

Of all the James Bond video games, From Russia With Love is composed most closely in the style of John Barry. There is of course the obligatory opener, featuring the film series' main theme, and even a reprise of the title's classic theme song. What's more, Lennertz offers various homages to the classic scores during the release. Among the most obvious of these, the two tracks entitled "Sniper" are excellent pieces of espionage music reminiscent of certain scenes from the film. Their jazzy progressions and sporadic interjections capture that old-school spy flavour wonderfully.

Exploring the diversity of the soundtrack further, "Chop Shop" and "Kidnap" will inspire memories of Barry's secondary theme "007" with their punchy rhythms and percussive focus. "Call Me Tania" meanwhile is as seductive as "Bond Meets Tania" from Barry's score, with its suspended strings, while "Istanbul" is a more fleshed-out alternative to the original's gypsy dance. Vic Flick, who performed the guitar riffs in the original Bond theme, even returns to this score on several tracks. One of them is "Parliament", where he actually revisits the iconic riff of On Her Majesty's Secret Service, before it explodes in orchestral furore.

That said, over 50 years have passed since the original From Russia With Love score and numerous innovations have been made in cinematic music. Christopher Lennertz reflects this with his score, replacing the jazz ensemble featured on Barry's score with the mature performances of the London Philharmonic Orchestra; with the help of expert orchestrators and recording engineers, he makes the most of the ensemble with grandiose action cues such as "Russian Clocks" or explorative ambient soundscapes such as "Hedge Maze". The budget and resources weren't available for Barry to create music like this in the 60s.

Perhaps above all, Lennertz's score is much more dramatic than Barry's score (perhaps understandable given half of the film was spent on a train). Action cues literally dominate the score and those that are initially more sedate can suddenly become furious. "Enemy Base", in particular, undergoes enormous shifts in mood and volume during its 2:20 playtime and ironically sounds more cinematic than anything on the original film score. That said, the dominance of short stabbing cues on this release is a detriment to the stand-alone experience and Barry's soundtrack albums, with their balanced and focused approaches, are somewhat easier to digest.

Overall, Christopher Lennertz succeeded in making the music for James Bond 007: From Russia With Love the best of both eras. While much of the score is a pastiche, the score still stands up confidently among modern action scores with its rich stylings and high production values. The soundtrack is a somewhat better accompaniment to the game than it is a collective stand-alone listen, but all the individual pieces are interesting and impressive in some way.

Album was composed by Кристофер Леннерц / Монти Норман and was released on 2005. Soundtrack consists of 33 tracks tracks with duration over more than hour. Album was released by Electronic Arts. 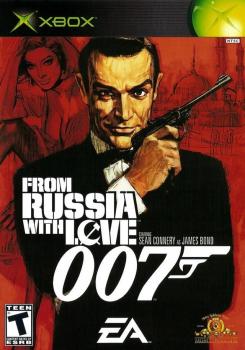 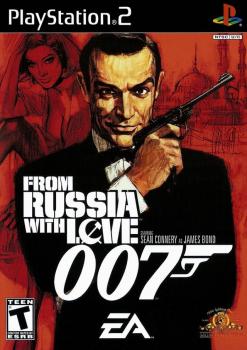 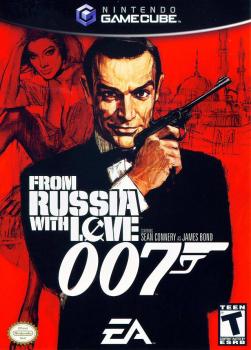