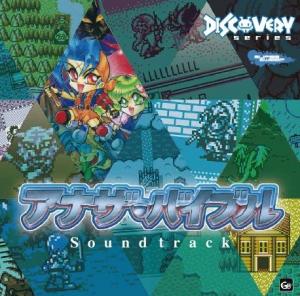 The Another Bible Soundtrack is a release of the Game Music Discovery series released by SuperSweep. The aim of this Discovery series is to publish game music for games that, for the most part, did not see soundtrack releases when the games were released. Composed by Manami Matsumae, 1995's Another Bible was a spinoff of the Megami Tensei series by Atlus. It features 16 minutes of Game Boy chiptunes, all of which are present music in its original format. How does this compare to the Last Bible soundtracks?

The Another Bible Soundtrack is, by far, the shortest album in the Game Music Discovery series so far. At just 16 minutes in length, it doesn't offer a listening experience as wholesome as the Last Bible soundtracks and is also less value for money. Of the 16 tracks, three are jingles and only a handful exceed the 90 second mark. However, aside from the jingles, there are a few substantial tracks in terms of actual length.

The album opens with "Now! The Path We Must Take," featuring a mysterious melody that gradually moves into an upbeat theme with a heroic touch. "Name Registration" thereafter is fairly straightforward with its upbeat melody and adventurous atmosphere. "Beginning Moment" features a very upbeat melody that is very reminiscent of some of the early Phantasy Star games. It's an extremely catchy, action oriented theme with a fantastic melody and some wonderful harmonies. It's of the quality one might expect from the composer of the original Mega Man. "Fleeting Pleasure" meanwhile has a very jazzy sound. I really enjoy this one — it's not the most complex song on the album, but it really provides a vibrant atmosphere with a nice soundscape that distinguishes itself from the rest of the album.

Among the weaker tracks, "Courage to Fight" is a dark, sinister tune that suffers from a lack of strong melody. However, it definitely makes up for it in terms of atmosphere and uses the Game Boy's limiting synth quite well. Both "Awakening" and "Comical Shock" follow similar progression with a focus on atmosphere rather than melody. The former features a very mystical air, but suffers from accompaniment issues, while the latter features an atmosphere reminiscent of an evil carnival and offers slightly more enticing melodic development. "Death of a Friend" is a short theme as well with a very depressing melody, but it has a very strong sense of mood and conveys sadness quite well.

The two battle themes on the album are polar opposites, both in terms of melody and enjoyment. "Go with Belief" is an upbeat battle theme that definitely showcases Manami Matsumae's abilities to create a very captivating melody. In fact, it sounds as if it could have been in a Mega Man game as well. While the accompaniment may be simple, it definitely fits with the energetic theme she created. On the other hand, "Terror ~ Quivering Heart," presumably the final battle theme, definitely features a sinister sound, but it really lacks in melody. There's really nothing to grab your attention, aside from the changes in octave from time to time. It's a really droning piece that falls far short of the successful final battle themes of the Last Bible albums.

Moving along, "Carrying Desire" is a militaristic tune with a heroic, almost regal, atmosphere. It features a strong melody and the piano arpeggios in the harmony really help add to the atmosphere. Presumably a town theme, "A Landscape Called Peace" features a very warm soundscape and is quite stereotypical. The focus on the melody and harmony are quite strong and it really comes off as a successful theme. Lastly, "Hiding All Feeling Inside" is a very heroic anthem with a very militaristic sound and a sense of closure. The second half of the theme is much more adventurous in tone with a slightly more upbeat melody and accompaniment and some warm tones. In the end, it's probably the most successful theme on the album.

In the end, I feel that Manami Matsumae's Another Bible Soundtrack falls short of the cohesive and melodic Last Bible games for the Game Boy. While most of the tracks feature a nice melody or a suitable atmosphere, it's rare to find a theme that excels in both. In the end, this is a rather short album and does not offer much exceptional. However, if you are a fan of the series or the game's music, then I'd say pick it up if your budget permits. The price point reflects the length of the album, but, at the same time, for about the same amount, you can get the stronger Last Bible albums and have a much more enjoyable listen.

Album was composed by Манами Мацумаэ and was released on January 19, 2011. Soundtrack consists of 16 tracks tracks with duration over . Album was released by SuperSweep Co. Ltd.. 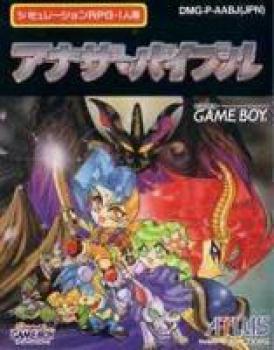