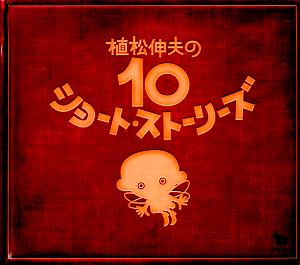 Last year, Dog Ear Records released Nobuo Uematsu's 10 Short Stories, an album of children's songs and lullabies which contained some of his earliest composed melodies. This year, they released a companion DVD, which added an animated visual element to the upbeat songs of the album, as well as an additional bonus track not found on the CD. The animation that accompanies each track is of a bright and cheerful stop-motion style, recalling elements of Sesame Street, South Park and Little Big Planet. The only detriment of 10 Short Stories's DVD is the unfortunate lack of English audio or subtitles, which must be presented at the outset of this review to prevent disappointment from overly-eager purchasers. Considering that the DVD is marketed towards Japanese children, it is not surprising that it did not come with a subtitle option but it may be off-putting to some fans. Given that an English audio version of the album was digitally released shortly after the Japanese version, it would follow that an English version of this DVD will be released as well... but does this animated feature DVD have a place in the collection of a Nobuo Uematsu fan as it currently stands?

The first track of 10 Short Stories is "Here Comes Conga Boy" which is a slightly confusing video to open with. Conga Boy is animated as a dancing coconut in front of a bright, green hilly background who is soon joined by another dancing coconut (Bonga Boy), a sumo wrestler, an evil witch, and two Dr. Seuss-ian characters who dance a cha-cha together. Although visually confusing, the melody of "Here Comes Conga Boy" is incredibly catchy, and helps to unify the disparate visual elements. The animated coconuts return in "Coconut Castaway", albeit in a less festive manner.

"Gimme Gimme" revolves around a greedy young child asking for money. The ragtime jazz of the song features the sound of coins shaking in a jar which maps out to the animation nicely. The three claps that end each verse are punctuated by a spinning coin appearing on screen with each clap, which serves as a strong visual association for young children. Overall, I found this to be a very accessible video thanks to the easily followed plot, which can be discerned without a working knowledge of Japanese. "Whistle a Song" features the most artistic representations of characters on the DVD and is rather aesthetically pleasing for its simplicity. The featured woman, whose appearance recalls the 2008 Olympic mascot crossed with Madeline, is a solid blue figure in who sets off on unspecific adventures riding her bike, wandering around trials, and flying through outer space. Her laconic movements fit the mood of the song perfectly, rolling along languidly with the acoustic guitar and swelling vocals.

The stop-motion animation of 10 Short Stories lends itself quite well to the portrayal of the cute, but pitiable, bald fairy "Hikkari Pikkari". The message of the sing-song nursery rhyme is a standard of most children's programming — that it is OK to be different — and is conveyed by the shame that Hikkari Pikkari feels for his lack of hair. Eventually, he realizes he is special because of his lack of hair since his job, it seems, is to reflect the sun's rays onto the world. This theme carries over into "No Worries", which ranks as my favorite song and video from 10 Stories, due to its featuring of an adorable powder blue penguin that dreams of flying. Similar to "Hikkari Pikkari", the penguin eventually realizes that its dreams of flight (into space, and around the necks of giraffes) are making it forget that it is a great swimmer and that it should be happy for that fact that while it may not have feathered wings, it doesn't really need them.

"The Chef who used his Noodle" and "Every New Morning" are the most Asian-sounding pieces on the DVD, done in the style of traditional Japanese music and featuring the koto prominently. While the former is a more of a classical Japanese piece, "Every New Morning" is a wonderful lullaby, western in its style but blended perfectly with koto countermelodies. The traditional focus on the Japanese aesthetic extends to the animation, which features edo-era characters of a mother and child cast in the deep red pallet of sunset. "The Incredible Flying Natsuhiko" is one of the more interesting tracks on the DVD, as it explains the legend of the star-crossed lover at the center of the Japanese Tanabata summer festival. Thankfully, this is done in English to fit with the opening Star Wars crawl animation which segues into the more traditionally Japanese video animation in which Natsuhiko flies across the Milky Way to visit Orihime. The two then write a love notes which they hang on a bamboo tree and the animation shows children honoring this legend by writing wishes on tanzuku which they hang on a bamboo tree as Natsuhiko flies overhead.

"Revenge of the 5-foot Swhail" is by far the fastest and least "kidsy" track on the album and is the perfect piece to follow "Every New Morning" with. At heart a rock anthem of a snail without a shell (or, swhail!), the flashing red stage-light effects, somewhat frightening appearance of the swail, and the discordant rock music might, unfortunately, make this track a little too scary for children who cannot read or understand Japanese as they will have no idea why a slug-monster is singing on stage with a rock band. The bonus track "My Christmas Present" is a tender and hopeful piece, capturing the quiet anticipation of Christmas Eve perfectly with its melody and animation. I found this to be one of the most accessible videos on the DVD to follow due to its predominantly western aesthetic and, despite the sleigh bells, I was happy to hear that it did not borrow too heavily from more familiar Christmas carols.

The DVD of 10 Short Stories is an infectiously cute addition to a serious Uematsu fan's collection, although the appeal and utility might be somewhat limited. This DVD would serve as a terrific aid to someone studying Japanese since the phrases are annunciated clearly and repeated several times over as is the norm for children's programming. Similarly, I believe that it would provide a toddler with an hour's worth of entertainment regardless of their linguistic background since the music is so lively and the visuals are nothing short of adorable, although certain tracks, like "Revenge of the 5-foot Swhail" might be frightening when viewed out of context. Fans of Uematsu who do not have a working knowledge of Japanese or children of their own might struggle to enjoy 10 Short Stories since the DVD is unequivocally created for children. That said, if these fans divest themselves of preconceptions of what the DVD should be (and perhaps have a drink or two beforehand), they will appreciate the release for what it is — a simple, but interesting, companion to the complex, but interesting music of Nobuo Uematsu.

Album was composed by Нобуо Уэмацу and was released on December 25, 2010. Soundtrack consists of tracks with duration over . Album was released by Dog Ear Records.