Legend of the Guardians: The Owls of Ga'Hoole Original Videogame Soundtrack 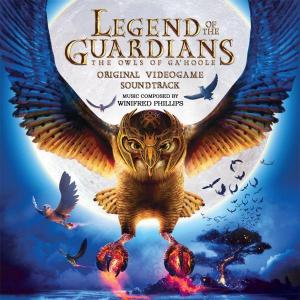 Legend of the Guardians: The Owls of Ga'Hoole Original Videogame Soundtrack
Лицевая сторона

Cartoon Legend of the Guardians filmed on the same book of Kathryn Lasky, is primarily known for its legendary director - Zach «This is Sparta!» Snyder. Well, nobody would ever imagine Zach is not only makes animated cartoon for children but does it without brutal scenes, blood and gibs. And no man were detected - Legends tells only about the various spices of owls and its derivatives.

Perfectionist Snyder has enriched a picture not only a miraculous image, (which is often compared to "Avatar"), but also a magical soundtrack. In return to “staff” Tyler Bates, who worked on previous Zach’s films (Dawn of the Dead, 300, Watchmen and upcoming Sucker Punch), a new face arrived - Australian David Hirshfelder. Not having a rich portfolio, he made every effort to create a memorable musical canvas, under which could show the scale and dramatic war of birds. To underpin the success he used live symphony orchestra.

As we think, all of that allowed the soundtrack to be one of the most interesting albums in the genre of classical music this year. The more interesting was to see how developers will do with the game, which came out in support of the film.

The history is full of various examples when successful soundtrack of the movie smoothly flows into the main music theme of the game. All games for Star Wars use the canonical themes created by John Williams. The same situation is with Harry Potter’s games with different composers but with the main, untouchable keynotes, though overgrown with different arrangements. On the other hand, for the legendary adventure game Blade Runner Frank Klepacki refused to make new arrangements of good known compositions. Taking the soundtrack for the same film, Frank felt deeply its atmosphere and used to write an entirely new electronic track.

Talking about Guardians you see even more radical method. The composer had a complete carte blanche to create the soundtrack. Yes, and composer has been chosen very interesting - a bright and successful Winifred Phillips, with her permanent producer Winnie Waldron. To understand all that is happening, Winifred turned to the original, book source. As a result, the album was written without reference to the David’s works and the film version of Legends. According to Winifred, the world of this universe fully revealed in detail in the book trilogy and that was more than enough to create the desired atmosphere.

Relatively, the soundtrack can be divided into two unequal parts: the battle-music, which occupies most of the time here, and suspense, the composition, designed to give the listener (and protagonists) a respite. Such fragmentation has very positive effect when, listening the album, after a strong injection comes a brief pause, atmosphere discharges. Yes, it is "Lord of the Rings" style, where numerous fight scenes are interspersed with beautiful landscapes of Middle-earth under a calm and relaxing music with ethnic motifs.

A large proportion of the "battle" compositions is given to poignant and fierce copper wind instrument part. It’s accompanied by rhythmic and elastic shock section that sometimes keeps to the eastern percussion a company. Melodies have frequent changes of tempo and rhythm, which is typical for a movie where the soundtrack is always written under the picture. Despite the prevalence of wind instruments, Winifred uses the full range of the orchestra, which is why there is no usual for Hollywood feeling about active usage of string or brass sections. Needless to say, in action compositions there is a place even for harp and very dense choral sections.

Quiet and suspense tracks quite a bit. All that can be attributed to the calm ones comes at the first part of the disk, when the narrative of game / cartoon had not yet managed to race and the viewer only gets acquainted with the magical world of birds. Further rapid developments put an end to a neutral and sublime music - remain anxious suspense songs, seldom slips in a dense maelstrom of action tracks.

Another uncharacteristic for Hollywood feature on the album is the absence of refrains and leitmotifs. There is no even the classic Main Theme. And this is good because the composer does not bind the music of the hands and feet in this way, and allows herself to improvise, to fly like free bird. In general the soundtrack is built against the current standards (given Zimmer and his Remote Control) and is also good. The result is a very good work, and even Watertower Music was unable to pass by such a "sweetie", and this is the label that originally involved in the release of film music.

The only negative plate is budget constraints. That means all the compositions are made using samples. They are made qualitatively, but in comparing with a live orchestra recordings for the film version of Legend of the Guardians, you know that the full beauty and emotional arrangements may reveal itself only in the live version. Let's hope that next time the financial part of the issue will pass Winifred party and she could use a full orchestra for her future projects.

In 2010, the Guardians of Ga'hoole series of owl-based children's stories was adapted into both a film and a related video game by Warner Bros. Winifred Philips was a respectable choice to score the franchise — after all, she previously worked on the game adaptations of Charlie and the Chocolate Factory and had previous experience as an author of fantasy short stories. The composer carefully matched the tone and mythology of the game using a range of orchestral tracks, many of which have a cinematic structure. Though the game sold unsurprisingly poorly, Phillips released the soundtrack through iTunes to a well-orchestrated publicity campaign. Let's take a closer look at this somewhat deceptive release...

Though principally targeted towards children, the tone of the Legend of the Guardians: The Owls of Ga'hoole video game soundtrack is actually rather dark, given both the sinister nature of the game's plot and, of course, the nocturnal nature of the protagonists. This is immediately reflected with the opening of "Into the Blackness", where Phillips oddly blends influences of typical cinematic composers (Elfman, Desplat) with dark romantic symphonists (Mussorgsky, Tchaikovsky) to create a fairly unique, yet incohesive, sound. The frequent use of orchestral suspensions and broken woodwind phrases supports the emergence of mystery, though the writing is too sparse and derivative to be especially immersive. The understated action section thereafter also supports the evolution of the opening cinematic, but the development has a rambling quality and the orchestration sounds more inelegant than avant-garde. Phillips was clearly aiming to produce something deep and experimental here, but only partially succeeds.

Phillips continues to attempt a deep fantasy sound on subsequent tracks on the soundtrack, while focusing more on existing cinematic conventions. Many will recognise clear parallels between "The Gathering" with David Hirschfelder's film score. Phillips does an excellent job of conveying a brief yet bittersweet calm with beautifully evolving woodwind solos and a gorgeous string section from 0:42. Though a contextual highlight, several obnoxious elements — for example, overexuberant harp work and derivative string suspensions — prevent it from being quite as fascinating or emotional as it could have been. Of similar note, the horror soundscapes of "Nightmare", the pensive wanderings of "Legends", or elegaic chorus of "The Fallen" may considerably enhance the diversity of the score with their extensive development and convincing implementation; however, Phillips tends to exaggerate and labour every element to achieve the desired emotional effect as directly as possible, at the loss of some maturity.

It is perhaps with the surprisingly numerous action tracks that Phillips demonstrates the greatest command of orchestra and chorus. For example, "Attack at Dawn" is a wonderfully vibrant orchestration that blends stabbing string discords with heavy bass and percussion elements. In fact, it is so melodramatic that it wouldn't be out-of-place in the God of War series (for which the composer had a small role in), although this may not be appropriate for a children-targeted owl-themed franchise. "Wild Fire" is perhaps better targeted for the game, given its extensive ethnic percussion and woodwind use echoes the flapping wings and hoots of the owls, and is among the genuinely fascinating additions to the soundtrack. Returning to the more derivative pieces, the closer "The Guardians" highlights the power of the score's chorus at full might. Given the material that precedes, it is a suitably pompous end to the score and will appeal to those with a taste for the epic.

The award-winning headlining theme of the game soundtrack, "With Hearts Sublime", is written in the spirit of Elvin hymns from other mythological franchises. Phillips establishes a fantasy aura by blending ethereal vocals with understated orchestration. These tried-and-tested foundations create a beautiful fantasy aura and evoke imagery of the skies. However, the song lacks both the length and the substance to compare with greats such as "I Am the One" from Dragon Age: Origins or even "Let It Be" from The Fellowship of the Ring. The vocal performance is entirely serviceable, but lacks the breathtaking effect of masterpieces, in part due to the sparing development of the melody. The instrumental arrangement leaves much to be desired, taking a minimalistic approach with harp and strings that could have been artistic were each element not exploited or laboured with overexuberant arpeggios and suspensions. It is this illusory artistry that is all too abundant on the score.

Mostly dominated by competent yet trite cinematic orchestrations, there is nothing particularly exceptional about the music of Legend of the Guardians: The Owls of Ga'Hoole when it is stripped down. Phillips succeeds in portraying the fantasy theme and dark mood of the game effectively, while offering a number of contrasting highlights for a stand-alone listen. However, this soundtrack does attempt to sound deeper than what it is — portraying mystery derivatively, crisis melodramatically, and emotion oversentimentally — while mixing and matching influences quite clumsily. This approach no doubt suits the game, with its grandiose ideas and verbose script, yet can be deceiving on a stand-alone level. A more thoughtful and sincere approach similar to the film score would have been more pleasing.

Sounds like Classical, Ethnic - that's what we can say about this album. Tracks preview provided by iTunes. If you like Legend of the Guardians: The Owls of Ga'Hoole Original Videogame Soundtrack, we strongly recommend to buy it. Support composers, artists and performers so they can release more music in the future. Furthermore, it's inexpensive. This album costs only 11.99 USD. Prices and shops where you can buy it are at the right column. 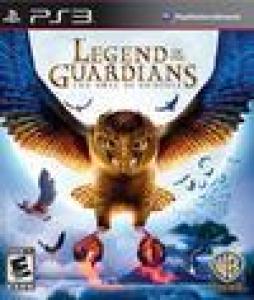 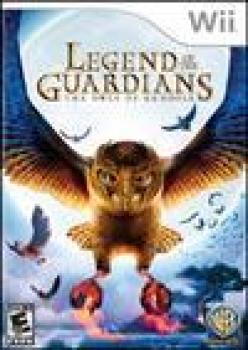 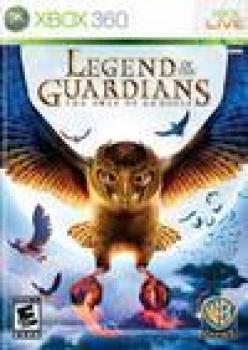 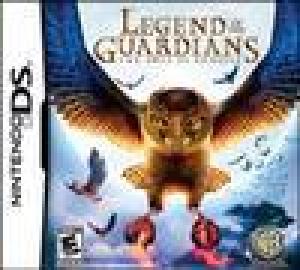