Eyes On Me / Superfly

Eyes On Me / Superfly

Superfly's latest single was heavily promoted due to its video game tie-in. The A-side "Eyes on Me" is the theme song for the recently released The 3rd Birthday. While sharing a balladic approach, it is otherwise entirely unrelated to Faye Wong's identically titled theme for Final Fantasy VIII. This theme song is featured alongside two B-sides, one of which is more worthwhile than the other...

I wouldn't be lying at all if I said the sole reason I listen to Superfly at all is the 70s throwback theme they often offer. When they ditch that for a song, I really lose all reason to listen at all, because Ochi Shiho really doesn't excite me when she uses her amazing voice on anything but the most faithful throwback rock songs, like she did best on their first album.

"Eyes On Me" is a sole occasion where I can forgive her and Koichi for not using their trademark though. It's got this whole 'I'm a ballad but not really' thing going on, and really only consists of strings and piano for quite some time until the guitar, bass and drums come in. Considering its use in the game, I'm not surprised we received a song like this, and it is good for what it is: a relaxing semi-ballad that could well pass as a lounge track.

However, the single is let down by the fact that one of the B-sides, in this case "Primadonna", is as bland and generic as one could imagine. It features a slight 70's blues tinge to it and a decent melody, so isn't exactly awful. However, when it sounds exactly like every other song in the genre — and even then a bit lighter and less emotional to boot — it's really not all that worth listening to in return.

In all honesty, the main saving grace of this single is the first B-side, "Rescue Me". It's classic Superfly, with a real 80s rock arrangement and a bit of brass thrown in as well. The big problem with this song is that there is too much contrast between the nasally vocals in the opening with the more typical vocals at the climax. That aside, the song is otherwise great B-side material, and definitely the saving grace of the single.

While the A-side and second B-side are slightly bland and uninteresting in the long run, both the A-side and first B-side have enough spark to make the single survive as a whole. "Eyes on Me" is fitting enough for The 3rd Birthday, given it follows the tradition of Square Enix's vocal themes, even though it contrasts with the electronic themes elsewhere on the score. The album is best reserved for followers of Superfly, however, as "Rescue Me" is a classic example of their work.

Regular Edition. Features "Eyes On Me", the theme song for The 3rd Birthday.

Performed by Superfly.
Album was composed by and was released on December 15, 2010. Soundtrack consists of tracks with duration over . Album was released by Warner Music Japan. 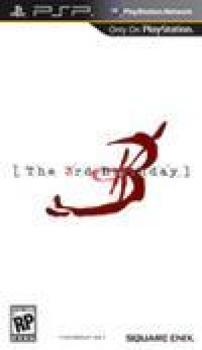