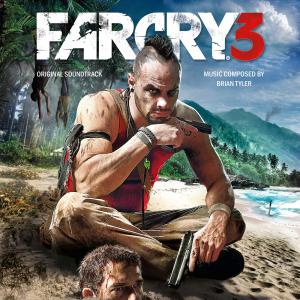 With a bit of luck, 2012 might be remembered as the year where first-person shooters got self-reflexive and discovered their potential for asking pertinent questions of morality. First there was Spec Ops: The Line.More than any other FPS title before, Spec Ops: The Line scrutinised the murder rampages that gamers are obliged to go on as part of the gameplay, and the game rightfully treated these power trips as morally ambivalent at best and as atrocities at worst. Late 2012 then saw the release of Far Cry 3. Its successor Far Cry 2 had already tried to push the thematic envelope in 2008 by setting the action in a wartorn African nation. Far Cry 3, taking place on a Malaysian island, went for a novel approach: its everyman protagonist Jason Brody first has to turn from regular tourist to savage killer to become a FPS hero and rescue his friends, and he's only able to become a murderer of animals and humans through a constant intake of drugs.

There's no doubt that such a distinctive and unusual setting offered fruitful creative opportunities for Far Cry 3's soundtrack. After Marc Canham has provided Far Cry 2 with an atmospheric and well-researched soundtrack that poignantly mirrored the game's location, this time the producers hired film composer Brian Tyler to work on Far Cry 3. Tyler's game music output had been somewhat hit-and-miss: 2010's Lego Universe is not only one of the best Star Wars game soundtracks, but also one of Tyler's undisputed career highlights. However, 2011 brought the paint-by-numbers effort of Call of Duty: Modern Warfare 3 and the uninspiring Need for Speed: The Run. Announced some months before the game's release, Far Cry 3's score made some minor waves within score fan communities when pre-release samples indicated that Tyler had integrated dubstep elements into the music – a decision that was met with some scepticism. In December 2012, Far Cry 3's soundtrack was released as a digital album across several online music retailers.

So, what of those nefarious dubstep influences? As so often, pre-release rumour has magnified relatively minor details into bigger issues than they actually are. Yes, there's dubstep on Far Cry 3, but it's more rewarding and precise to describe the music from a different point of view then adherence to a particular musical genre. What defines Far Cry 3 first and foremost is the general atmosphere that wafts through most of the album. For the majority of Far Cry 3, Tyler seems to focus on communicating not so much the protagonist's rising insanity and bloodlust, but rather his perpetually drugged-out state. Tyler translates this into a number of hazy, languid hybrids of semi-ambient electronic sounds and indigenous Polynesian percussion. It's here that the listener encounters many of Far Cry 3's dubstep influences – not through the genre's characteristic beats, but rather through its varied treatment of extended bass notes and drones. To a degree, the effect is fitting, as the wavering, deep synth elements on tracks like “We Are Watching You” and “Broken Compass” radiate a measure of claustrophobic heat that's appropriate for the game's jungle setting, which is addressed in less abstract fashion by the parallel use of native percussion.

While Tyler's idea to evoke a somewhat surreal, oppressive mood through these slow-moving compositions is convincing, he expresses the concept too rarely in appropriately intense fashion. Beginning with “Rook Island”, the album settles into a series of drawn-out compositions that may competently evoke the protagonist's dulled state of mind, but these ieces feel slight and meandering in an out-of-game context. Far Cry 3 might try to play like a hypnotic fever dream, but more than half of the album just feels like mellow, ethnically-tinged underscore with a penchant for shadowy atmospherics, rarely fervent or simply aggressive enough to convince the listener that anything is at stake. There's not much distinguishing unintrusive tracks like “Lost Child” and “Treasure of Zhang He”, both of which keep droning on and ultimately blur into each other. After Far Cry 2 was so distinctly shaped by its African elements, it's a shame that so much of Far Cry 3 feels generic. “We Are Watching You” and “Treasure of Zhang He” try to liven things up a bit by including passages for disjointed beats and synth effects, but Tyler uses these methods to disorient the listener more effectively on other parts of the album. It all makes for an FPS score that's surprisingly free of action, and doesn't have enough to substitute for this lack.

The same moodiness finds a more involving outlet on “Path of the Warrior” and “The Giant's Head”. As on Medal of Honor: Warfighter, one of Far Cry 3's biggest assets are its ethnic percussion sounds, allowing the composer to clad familiar rhythmic ideas into relatively fresh timbres. Once Tyler gives centrestage to Far Cry 3's Polynesian rhythms, the music turns more vivid and its murky atmosphere becomes more subliminally aggressive, although the resulting pieces remain quite subdued. While “Path of the Warrior” runs at more than seven minutes, it feels shorter and is more gripping than many other cues, mixing ethnic elements like tribal drums and warrior chants with synth drones that add a sense of unease and sadness to the music. It is one of the album's more nuanced comments on Jason's character arc, as he goes from from presumably civilised first-world citizen to fierce warrior reliant on his animalistic instincts. The warrior chants return on “The Giant's Head”, this time more articulate and layered, set against pounding drums and syncopated metal percussion. Different from its dreary predecessors, “The Giant's Head” finally manages to successfully mix the album's brooding atmosphere with a sense of menace and alienness.

Far Cry 3isn't all langurous mood-setting, but the occasions when Far Cry 3 breaks out of its somnambulistic stupor yield results of variable quality. Firstly, there are a handful of otherwise semi-ambient tracks on which the dubstep influences assert themselves more strongly, featuring not only as manipulated waves of bass sounds, but also in the shape of thumping electronic beats. In fact, Tyler even seems to design these beats as the musical symbol for Jason's loss of humanity, although if that's the case, Tyler uses the beats too sparingly to convincingly underline Jason's downward slide. Programmed early on Far Cry 3, “Journey Into Madness”' title is self-explanatory, and the track reaches the end of its arc – presumably arriving at madness – with the introduction of dubstep beats at 1:52. The problem is that these constantly thwacking beats feel too controlled and rhythmically straightforward to effectively underscore any sort of threat to sanity. While these rhythms do have some grittyness to them, they sound at best as menacing as a noisy night at a club. To make reference to another track title, “Bad Trip” actually isn't a particularly disquieting excursion, despite the dubstep beats kicking in at 2:15. Other occurrences of the same sound on “Treasure of Zhang He” and “Fever Dream” are equally ineffective.

Tyler's music does a much better job at suggesting danger and menace when the cues' electronic elements are not driven by predictable rhythms. It's particularly during the album's first third that listeners might actually be briefly convinced that they're on a trip into the heart of darkness. “The Rakyat” is the album's first showcase of the ethnic/synth hybridisation that will characterise Far Cry 3. However, what's remarkable about the track is not the effective ethnic percussion, but the way the dubstep-style bass turns into a growling synth carpet that keeps mutating into rough and unexpected shapes, mirroring Brody's fracture state of mind to a tee. “The Rakyat” best realises the potential found within Tyler's idea to introduce dubstep elements, mixing aggression, confusion and stifling sound masses into one expressive whole. Shame then that these threatening bass tones are rarely given a chance to twist and contort their forms. “Monsoon” follows “The Rakyat”, but here, the unexpected development of the bass sounds makes the music directionless rather than disquieting – an impression that is only reinforced when the piece suddenly retreats into a simple, regretful piano solo. “Rook Island”'s only gets to recall “The Rakyat” briefly before seguing into more dubstep beats.

As if all this didn't make Far Cry 3 ambivalent enough already, things get still more complicated with the album's opening and closing tracks, which emotionally and stylistically have almost nothing to do with the rest of the album. Opening track “Far Cry 3” is a combination of floating female vocals, string ostinati, tinkling electronics and surging swaths of rock drums and guitars that will please fans of soaring post-rock àla Sigur Rós and Mogwai. And for good reason, as “Far Cry 3” flows and ebbs beautifully, moving from mighty crescendoes to introspective solo piano parts while always maintaining its ethereal, wondrous mood. Closing track “Further” is essentially a reprise of “Far Cry 3”, but is even better as it adds a heartfelt violin solo and explodes into the album's most beautiful swell of uplifting drum beats and cooing choir vocals. It's a stand out track that could easily be Far Cry 3's stunning, life-affirming conclusion – if it didn't feel at odds with almost everything that's come before. “Falling into a Dream” carries “Far Cry 3”'s dreamy state of mind a bit further into the album, but that's about as much as you'll hear of these lighter strains on the album, with nothing linking them to the stylistically opposite rest of Far Cry 3. And then there's “Heat”, which is sequenced to follow “Far Cry 3” and floats along on icy, futuristic synth pads and a slightly melancholic melody that would be more at home in Deus Ex: Human Revolution. Like “Far Cry 3” and “Further”, it's a strong composition in itself – and even introduces some of the more convincingly aggressive dubstep bass manipulations – but it makes Far Cry 3 an even more disjointed experience than it already is.

Ultimately, Far Cry 3 is a surprisingly odd bird. Most of the album creates a heavy, oppressive atmosphere through its semi-ambient compositions that blend ethnic percussion and moody electronic sounds. Different to what some might have expected, Tyler's use of dubstep elements itself is not the problem. Parts of the album sound more like trip to a night club than a jungle murder rampage, but most of the time, Tyler focuses more on dubstep's characteristic bass sound manipulations. The results are convincing when Tyler shapes the bass pads into unpredictable creatures that tear at the music and convey the protagonist's declining sanity.

But for too much of its running time, Far Cry 3 plays like an extended collection of drab underscore that fails to evoke any strong sense of location or emotion. Some compositions that focus on ethnic Polynesian sounds are more convincing and vivid, but in total the soundtrack is still... well, a far cry from Far Cry 2's skilful appropriation and tweaking of non-Western sounds. The feeling that Far Cry 3 is a mix of promising ideas that don't come together is reinforced by the album's opening and closing tracks, both instant favourites but stylistically completely different from the rest of the album. In the end, Far Cry 3 has just enough stand out tracks to creep into three star territory. The score is far from the disaster some might have feared, but it's also a lot less than it could have been, and falls behind the ambitions of the game that it accompanies.

Tracks preview provided by iTunes. If you like Far Cry 3 Original Game Soundtrack, we strongly recommend to buy it. Support composers, artists and performers so they can release more music in the future. Furthermore, it's inexpensive. This album costs only 10.99 USD. Prices and shops where you can buy it are at the right column. Notice, YouTube gives you opportunity to freely listen to this album. Absolutely legal. Without violations.