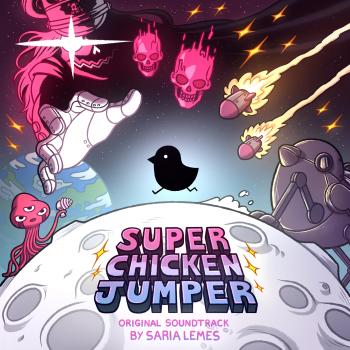 "A detour from my usual style! VIto had already composed a soundtrack prior to inviting me in, and asked me to use it as a foundation to create something completely new, so it was a fun challenge!

Main inspiration for this soundtrack was CAVE's shmup soundtracks from the 00's! Espgaluda II being the main one."
Composed and Arranged by Saria Lemes
Mixed and Mastered by Fabio Henriques
Album Art by Will.png

Special Thanks to GEMAPLYS, Rafael Langoni, CosmicGem, Crowno, Gabe Fern, Carol;, _DeuTIlt, Laranja, and everyone who helped with feedback when I was making this soundtrack.

Album was composed by and was released on September 15, 2021. Soundtrack consists of 10 tracks tracks with duration over about 30 minutes. Album was released by Saria Lemes.