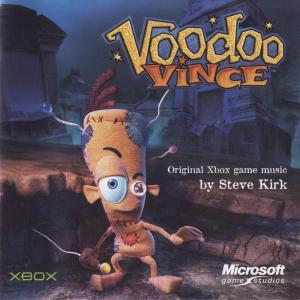 Where do I begin? This soundtrack exudes such energy and creativity that it simply blows away the majority of game scores I have heard in the past few years. Steve Kirk has engineered a masterpiece of game audio and not since LucasArts' Grim Fandango has there been a soundtrack that exhibits such virtuoso and resounding energy. It all starts by collecting a talented pool of instrumentalists. No no, not a live orchestra — hiring an orchestra is an entirely different monster. I am talking about compiling a talented group of friends who can sit down together and enjoy the beauty of carefully crafted songs. What ensue are skillful performances with the power and expressiveness that can only come with live sessions.

Kirk is a competent studio engineer on top of being a skillful musician. The album carries a vintage sound with a very "pure" feel; it is not over-produced and the overall dynamics are simply wonderful if you listen on a quality sound system. With the host of instruments included on the soundtrack, Kirk keeps the wacky voodoo vibes going, and every track is tightly performed and recorded, thanks in part to the wonderful beats laid down on many tracks by John Hanes. Hanes' kit adds the fundamentals to this very organic mix of drums, guitars, and bass, with, more often than not, a full brass section. Other solo and featured instruments include piano, violin, saxophone, accordion, organ, banjo, and the occasional vocals.

As I mentioned in the introduction, many people might compare Kirk's score to Grim Fandango. Naturally, the game involves some similar elements and a number of Voodoo Vince's tracks also feature that swanky jazz feel. While "Crypt City", "Bones Theme", "Clock Tower", and others reflect a similar sound, they were all ultimately tributes to the jazz and swing movement of the 1930s. Yet Kirk blends even more into his creations. From Cajun and Zydeco, sea chanteys to funeral marches, he definitely ensures that each track bears his mark as a composer. The last track features a sort of swing jazz ballad dedicated to Voodoo Vince himself. The music is solid even if the lyrics are silly at best.

"Back Stoop" and "Main Street" are among my most favorite pieces on the album, because of the wonderful jazz fiddling brought to us by Catherine Clune. She completes a wonderful groove that is both energetic and laid back at the same time. When Kirk enters in harmony with the violin on his acoustic guitar, you really get a feel for how well-crafted the composition is on the Voodoo Vince soundtrack. Another favorite of mine is "Fanboat Race", a two-step featuring an accordion and banjo duet over the up-tempo drumming. Something about it appeals to my love of bluegrass music and of artists like Béla Fleck, who most convey the dynamo that a well-played banjo can exhibit. Of course, the lap slide guitar is not to be outdone, and demonstrates the punch and versatility each performer brings to the score.

A few of the tracks feel a bit too tight, possibly because they were sequenced. "Fighting Ace Vince" features a xylophone that is so strangely perfect it sounds artificial, especially with the unrelenting "oom-pah" beat playing underneath. But innovative pieces like "Glowberry Tangle" are great changes of pace and keep the upbeat, punchy tracks from getting out of hand. Featuring the banjo, a number of sequenced instruments, and a soprano sax, the track is patient and gives the featured instrument room to play amongst the musical textures.

While it is definitely not your typical "game soundtrack," the music Kirk created for Voodoo Vince further proves the room for musical diversity within the video game world, and with great success at that! Rarely do these performances slip into the repetitive sort of rut that appears in even the highest budget games. It is also a shining example that orchestral productions aren't always the way to go if you put a little extra heart and soul in your mix. This is not only a great game soundtrack, but a great album that fans of more than just video games will be sure to enjoy. Be sure to check this out.

All songs performed, composed, arranged, recorded, and mixed by Steve Kirk
except Vince Theme, composed by Clayton Kauzlaric
Album was composed by Стив Кирк and was released on May 02, 2003. Soundtrack consists of 24 tracks tracks with duration over more than hour. Album was released by Sumthing Else. 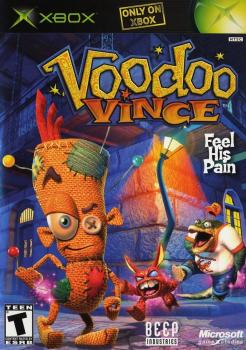