The Deer in the Moon: A Conceptual RPG Soundtrack 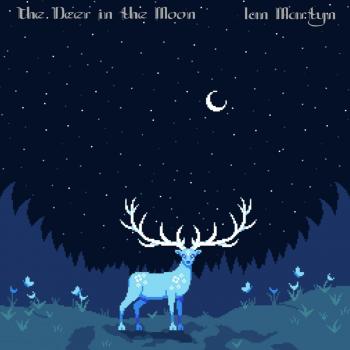 The Deer in the Moon: A Conceptual RPG Soundtrack
Front

This is a soundtrack that I wrote for a hypothetical game for Lone Rabbit's OST Composing Jam #2. As someone who will always be fond of 1990s JRPGs, I feel like those are the soundtracks to which I turned for inspiration for this project. I was particularly inspired by the music of Kenji Ito (Romancing SaGa) and Nobuo Uematsu (Final Fantasy), and I tried to incorporate their styles while giving it my own touch.

The story here revolves around a magical deer in the moon, revered as a god by the people on the planet. Once a year, the deer comes down to the planet, and it is considered an auspicious sign to see the deer on this day. However, the planet is slowly being drained of its life force. Four heroes suspect that the deer is to blame. By acquiring the power of starfall and subsequently visiting various locations, they ultimately make their way to the moon to defeat the deer, restoring the balance to their planet.