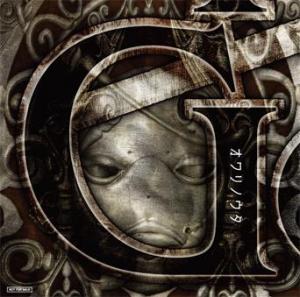 In addition to the release of the Nier Gestalt & Nier Replicant Original Soundtrack, the games themselves came packaged with a bonus album. Those purchasing the Xbox 360 version of the game in Japan received the Nier Gestalt Mini Album. Featuring four themes from the original soundtrack and one theme exclusive to this album, would it be worth picking?

Like the opening to the soundtrack, the opening to this mini album is also "Snow in Summer". The superbly crafted melody is portrayed in an angelic manor by a boys' choir. As the theme progresses, some militaristic percussion and some beautiful strings work is added. It helps bring about an extra touch of atmosphere and harmony and really strengthens an already perfect melody. The piece ends with some electronic elements lending its way into the melody as well, giving it a bit of an ethereal nature as well. "The Lost Forest" is an extremely beautiful action-oriented theme that also employs the melody, but it is much more subtle in approach. The instrumental theme features amazing percussion work, however, the true star here, aside from the superb melody, is the Spanish guitar work.

"Blu-bird" is a composition features a lot of interesting elements. For example, the ominous choral opening by Okabe distorts a bit, giving it a darker tone. When combined with persistent chanting, percussion work, and electronic elements, listeners are offered a particularly intense theme. "Emil / Karma" is one of the more action-oriented vocal themes on the soundtrack. Rhythmic ethnic percussion and piano are the driving forces behind this piece. Featuring the boys' choir heard in "Snow in Summer," their delicate voices really contrast nicely with the instrumentation. In particular, I really enjoy when the strings are introduced to harmonize with the melody.

The exclusive track on this album, entitled "Kaine / Rain of Light" is a blissful electronic rendition of the Kaine theme. Featuring Emi Evans' eminent vocals, as with the original Kaine themes, it really manages to win listener's hearts. I really think that Emi Evans' voice and the bubbly, yet solemn, electronic notes match quite well together.

In the end, do I enjoy this album? Of course I do, but, at the same time, I feel as though it is a better investment to purchase the original soundtrack because you'll get a lot more quality compositions. The exclusive theme here is enjoyable and accessible, but probably not worth spending a ton of money on.

In addition to the release of the Nier Gestalt & Nier Replicant Original Soundtrack, the games themselves came packaged with a bonus album. Those purchasing the PlayStation 3 version of the game in Japan received the Nier Replicant Mini Album. Featuring four themes from the original soundtrack and one theme exclusive to this album, would it be worth picking?

The mini album opens up with "Kaine / Salvation." It's an exquisitely crafted theme featuring Emi Evans on vocals. The piano is extremely poignant and the subtle ethereal accompaniment really gives the piece an amazing atmosphere. The vocal melody, as representative of the score as a whole, is easily the strongest aspect of this theme. Another song that features Emi Evans is "Hills of Radiant Winds." It showcases some of the faster tempo themes. This is an action-oriented theme that features a gorgeous vocal performance, in conjuction with ethnic percussion, beautiful piano accompaniment, and some fantastic strings harmony. It's clear that the radiance was supposed to be transferred to the listener because it's such an uplifting composition.

"Song of the Ancients / Devola" features a beautiful rhythm in the form of acoustic guitar and percussion. Overall, it has a very rustic soundscape to it and Emi Evans' vocal work really accentuates the emotion heard in the acoustic guitar. "The Dark Colossus Destroys All" is one of the battle themes and what a theme it is! Driving percussion, sinister strings work, and epic choral work by Nami Nakagawa are relentlessly thrown at you to form an extremely powerful atmosphere. At times, the choir becomes even more ominous, through the combined use of it and some sharp, staccato strings accents. Overall, this is an extremely powerful and dark theme that is truly one of the pinnacles of the soundtrack.

The exclusive track to this mini album is entitled "Voice of Replicant." It's a drama track featuring a sorrowful piano rendition of "Ashes of Dreams," "Song of the Ancients / Fate," "Shadowlord," and a few more themes. For those who aren't fans of drama themes, this is definitely not worth picking up, but I do like the medley of themes selected for this mini-drama track.

In the end, do I enjoy this album? Of course I do, but, at the same time, I feel as though it is a better investment to purchase the original soundtrack because you'll get a lot more quality compositions. What's more, the exclusive track on this album isn't really worth spending a ton of money on, especially if you don't want to play the game or are an importer.

Album was composed by Кэйити Окабэ and was released on April 22, 2010. Soundtrack consists of 5 tracks tracks with duration over . Album was released by Square Enix. 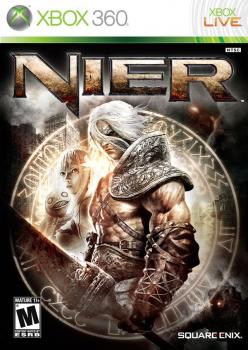 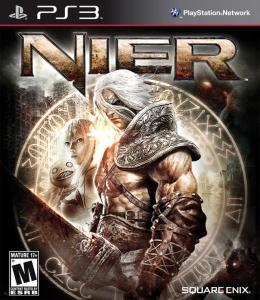