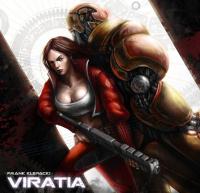 After delivering his best solo album to date with Infiltrator, Frank Klepacki soon put out the next entry in his solo discography: Viratia. The album turned out to be not only Klepacki's most lavish solo release, but also saw him writing a concept album for the first time in his career. What's more, Viratia's story – told through comic book panels in the album's booklet – was written by Klepacki himself, giving him full creative control over the different aspects of this multimedia project. Klepacki himself stated that penning a comic story and then scoring it had been something he had always wanted to try his hand at. However, as a sci-fi comic book, Viratia is a rather unexciting affair, held back by the limited scope of a CD booklet and the story's standard retelling of well-worn, Matrix-influenced science fiction tropes. As such, the comic book functions more as a bonus item and simple backbone of the musical story told on Viratia.

The album was first available through a special holiday package that Klepacki made available on his website in December 2009, including Viratia, another one of Klepacki's solo albums, and various items such as a T-shirt, an autographed poster etc. After this special offer expired, Viratia was made available as a standalone release on Klepacki's website, where it – like all of his solo albums – still remains available in physical and digital format.

Given Klepacki's many years of experience as a soundtrack composer, as well as his stylistic versatility, seeing him tackle a concept album is undoubtedly an exciting prospect. Unfortunately, Viratia suffers from various shortcomings that make it Klepacki's least interesting solo album. While Klepacki's earlier releases were often filled to the brim with creativity and original ideas – in no small part due to Klepacki's command of genre fusions – Viratia's songs can feel thin and repetitive, to the point that it sometimes seems the tracks loop to pad their running time. It's true, the comic book's sci-fi story suggests a narrower, more synth-focused musical treatment than what was presented on Klepacki's earlier, stylistically sprawling albums. Still, Klepacki demonstrated on an album like Rocktronic that he's able to explore a single genre of music and still present an impressive number of different takes on that genre.

In comparison, Viratia displays little of that creativity, despite Klepacki exploring some new musical terrain – sadly, this doesn't yield very interesting results. Opening track “Viratia” opens the album with subdued, futuristic synth layers which in their floating, lightly melancholic nature inevitably pay tribute to Blade Runner. This is easily the most ethereal music Klepacki has ever released on album, but while “Viratia” is certainly competent, it feels like it's going through the motions, never hinting at the conflict at the heart of the story that “Viratia” should be setting up. The following cue “Banished” delivers an equally familiar vision of a cyberpunk future, without adding new ideas to the template it deploys. It's less airy than “Viratia”, with a slow, steady drum kit backed by a deep, buzzing bass line, but the piece develops its reasonably effective, desolate atmosphere only a little – its best idea is to include some wordless choir vocals, but that's not a novel idea either. Taken together, “Viratia” and “Banished” make for a slow start to the album.

Later, just when Viratia has gathered some momentum, “Controlled Dream” more or less simply reprises “Viratia”'s mood and only includes the slightest hints that the dream it underscores is merely a nightmare in disguise. The issues plaguing “Viratia”, “Banished” and “Controlled Dram” become all the more apparent when comparing these cues to similar tracks in Klepacki's solo discography such as “Morphscape” and “Virtual Control”. Neither of these tracks were perfect, but they were certainly less static and more creative than Viratia's synth moodsetters. Album closer “Viratia Reprise” thankfully doesn't regurgitate “Viratia” all over again, but adds a more lyrical element through some pensive piano lines. Unfortunately, when coupled with a hackneyed drum machine rhythm, the same piano solo moves “Viratia Reprise” dangerously close to clichéd pop ballad territory – just about the last thing you would expect on a Frank Klepacki album and a disappointing way to close Viratia's narrative. Apart from introspective synth pieces, the other new side to his talents that Klepacki displays on Viratia are his vocals on “Seize The Human Side” – also the first time Klepacki has penned lyrics for one of his composition. However, the 'competent, but just that' verdict applied above is valid for “Seize The Human Side” as well – Klepacki has written much stronger metal tracks than this cue, whose voice distortions and bass treatment are reminiscent of standard nu metal. Klepacki's vocals are alright, but his voice is too light to add much to the music or intensify the drama of Viratia's story.

It's not the only time that the album suffers from pacing issues, which impedes its ability to tell its story in a consistently engaging manner. After “Viratia” and “Banished” have subsided, it still takes Viratia a while to truly get going – too long, given that the album only runs for 32 minutes. This brief running time is not only another hint that Viratia struggles to serve up enough ideas, but it also results in a limitation of Viratia's musical narrative scope. In other words, neither the comic book nor the music feel like they're telling a big, interesting story with twists and turns. Following “Banished”, “Evil Entrance” raises the stakes somewhat, mixing its synth beats with slow, distorted guitar riffs, but the track's most interesting feature is a dissonant, sawing synth line mixed a bit far into the background, giving the track some bite and grit. Again, the cue by no means flows over with ideas, but at least it manages to slowly build and develop a more cinematic, dynamic quality than what's come before. The sense of impending menace written into “Evil Entrance” unfortunately dissipates on the following track “Overpower”, a chugging mid-tempo metal cue that not only offers no surprises for fans of Klepacki's work, but feels like it's been written on autopilot, with a drum rhythm that's disappointingly straightforward. Particularly after the blistering Infiltrator, “Overpower” feels disappointingly tame. Only on the following track “Cover Me” does Viratia finally come to life – at the album's half way mark. Crashing guitar riffs and galloping, agile rhythms energise the music and give it a kick up the proverbial, particularly when a tense, vibrating slapped bass line collides with the metal guitar riffs during the track's chorus. Allowing for greater dynamic contrasts than previous tracks, “Cover Me” still repeats its ideas a bit too much, but it's still easily Viratia's best song.

After “Cover Me”, the album and its narrative still fail to take flight, due to the inclusion of tracks like “Seize The Human Side”, “Controlled Dream” and “Viratia Reprise”. However, Viratia's second half does feature more interesting music than its beginning. “Sonic Pain” sees Klepacki reprising both his “Hell March”-inspired bootstrapping rhythms as well as the staccato thrash metal riffing heard on several of his previous solo albums. But while the track fails to deliver anything new in its brief two minutes, it's also Viratia's most visceral cue and fittingly underscores the story's ultimate confrontation – although like in the comic book, there hasn't been enough of a build up to make this finale more satisfying. “Mind Prison” concludes the narrative with slow, subtly oppressive synth grooves that recall Virtual Control's club tracks, although Klepacki soon adds growling guitars to underscore the antagonists' grim fate. While “Mind Prison” doesn't fully sustain its running time, it develops organically into a captivating swirl that should have closed the album.

After the excellent Infiltrator, Viratia is an unexpected let down. The often short cues on this sci-fi themed album are among the least-well developed in Klepacki's body of work, with some tracks coming across as filler material more than anything else. Like the comic book it underscores, Viratia's music lacks originality and has neither sufficient breadth or depth to truly impress, taking too long to get off the ground and then failing to sustain the tension towards the story's showdown. The album is satisfying in fits and starts on tracks like “Cover Me”, “Sonic Pain” and “Mind Prison”, and the rest of the music is never less than competent, but compared to the rest of Klepacki's impressive musical output, Viratia ranks as one of his least albums.

Album was composed by Фрэнк Клепаки and was released on December 07, 2009. Soundtrack consists of 10 tracks tracks with duration over about 35 minutes. 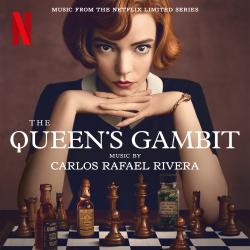 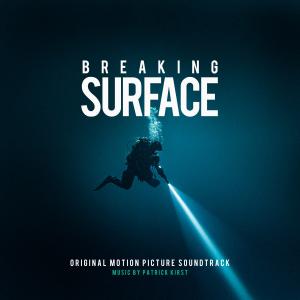 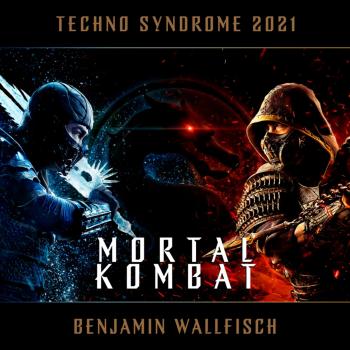