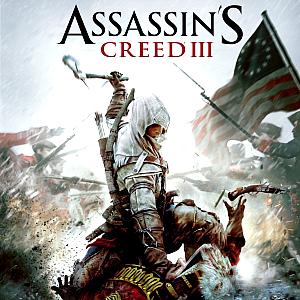 With the Ezio Saga having concluded, Assassin's Creed III put the series' focus back on Desmond. In this instalment, he relives the memories of his ancestor — an Native American called Connor — to find a way to save mankind from a modern-day threat. Ubisoft shook many things up with this instalment, one of them being the music. Jesper Kyd did not reprise his role from the previous titles in the series. In his place came Lorne Balfe, co-composer of Assassin's Creed: Revelations and long-term composer for Hans Zimmer's Remote Control Productions. The score for the series ended up sounding very different from predecessors, but it still fits the setting and entertains on a stand-alone basis. Ubisoft released a 25 track soundtrack for the game through iTunes. Time for a closer look...

Assassin's Creed III switches between apocalyptic scenes set in the modern day with historical scenes centred on the American Revolution. Lorne Balfe's treatment of the unforgettable main theme for the franchise emphasises this contrast. Its first version at the start of the soundtrack is similar in style to today's Hollywood scores, shifting from a serene string introduction into an action-packed electro-orchestral overture. But by emphasising a sweeping, patriotic melody above all the tense strings and electronic beats, Balfe ensures the track has a very human core. The end result is both captivating and emotional. For the finale, he offers a variation of this theme featuring authentic instruments that pay heed to the game's colonial timeline. In fact, the subtle changes of instruments changes the mood into something more reflective and hopeful. As with Assassin's Creed: Revelations, the main theme is also incorporated into several other tracks on the soundtrack to excellent effect, for example making "Trouble in Town" all the more exciting and "Connor's Life" all the more iconic.

One argument against this soundtrack is that it doesn't sound as unique as Jesper Kyd's scores for the series, but there is a good reason for this. The shift reflects the change in the game's setting — from the Italian renaissance setting of Ezio's trilogy to the more recent timeline of the American Revolution. As a result, exotic melodies wouldn't have fitted here, just as they didn't in the very first Assassin's Creed title. In their place, Balfe offers some fresh scoring of his own. Action tracks such as "Freedom Fighter" and "The Battle of Breed's Hill" are strongly influenced by American action themes, with their bold brass leads and piercing bass lines. But Balfe still subtly reflects the Native American heritage of protagonist Connor with unique woodwind leads, especially in the haunting latter. Played during legendary naval battles, "Eye of the Storm" is equally effective in context; the brisk pace, unpredictable rhythms, and pounding percussion both reflect the aggressiveness of the battles, and also the dramatic waters faced at sea.

Among the most unique tracks on the soundtrack, "Fight Club" plays during some keypoints of the campaign when people start picking fights with you. When I first heard it during the beginning of the game, playing as Connor's father on a ship bound for Boston, I was blown away by how authentic and memorable it was. It felt like something you would hear in a gypsy caravan or a Scottish bar. Not only that, but it sounds just as magical and immersive on a stand-alone basis. "Beer and Friends" is another track that carries the same folk influence and boasts performances from the Blazin' Fiddles. Another outstanding scene-setter is "Welcome to Boston", which gradually builds-up rhythms and textures towards its heroic climax. The arrangement and implementation of the instruments is spot-on here, with the performance from cellist Christine Wu adding particular grit and authenticity.

The slower-paced emotional tracks are also among the better additions here. "Through the Frontier" introduces the game's darker secondary main theme, also played in other tracks such as "The Battle of Breed's Hill". The melody certainly fits with the antagonists of the game and their quest to take over the birth lands of the protagonist. The crying vocals from Cj Charandeet particularly immerse listeners into the native setting. "A Bitter Truth" takes a leaf out of Inception with its reverberating progressions and ambiguous tonalities. "Connor's Life" is also worth mentioning, a subdued piece of underscore that is both beautiful and sad at the same time, reflecting his growth through the game. The incorporation of the main theme here is really strong as it reflects on the nobility and sacrifice that Connor has faced during his experiences. "HomeStead" is a further selling point of this soundtrack, as it boasts unique melodies and exotic instruments that paint a strong picture. It is something that the Jesper Kyd fans will definitely love.

Although most of the game is centred on Connor's journey as an Assassin, it is synchronised with the storyline of Desmond, the focal character of the main trilogy. This storyline not only takes place during the modern times, but has sci-fi and apocalyptic influences too. What better incentive for Balfe to start incorporating his synthetic scoring techniques too? While numerous tracks have an electronic influence, including even the backdrop of the main theme, some like "An Uncertain Present" and "What Came Before" have a particularly modern sound. In both tracks, Balfe elegantly blends ambient soundscapes with cinematic orchestration to scenic effect. For those looking for a definitive blend of actionscoring, "Modern Assassin" is the one to listen to. Not only is it adrenaline-pumping, but the incorporation of the game's beautiful main melodies makes it exhilarating to listen and play to.

Assassin's Creed III features a very different soundtrack to other titles in the series. It is more thematic, action-packed, and cinematic. But due to a combination of the change in setting and composer, it's also not quite as unique as Jesper Kyd's scores. When looked at in its own right, however, the score is without doubt outstanding. The main theme is stunningly beautiful and well-incorporated throughout the score. There is a fine balance between period and modern scoring, urban and rural pieces. What's more, tracks such as "Fight Club", "HomeStead", and "Welcome to Boston" add further colours to the experience. Be advised though that it is best to experience the music in-game first and then through the soundtrack for optimal listening experience.

Sounds like Classical, Jazz - that's what we can say about this album. Tracks preview provided by iTunes. If you like Assassin's Creed III Original Game Soundtrack, we strongly recommend to buy it. Support composers, artists and performers so they can release more music in the future. Furthermore, it's inexpensive. This album costs only 10.99 USD. Prices and shops where you can buy it are at the right column. Notice, YouTube gives you opportunity to freely listen to this album. Absolutely legal. Without violations. 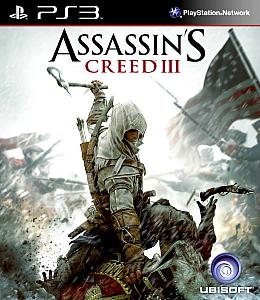 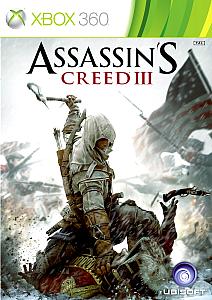 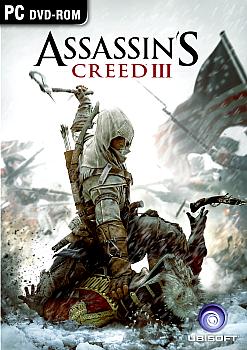 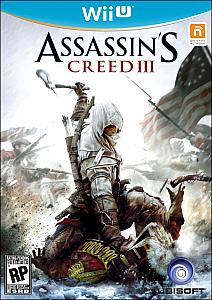