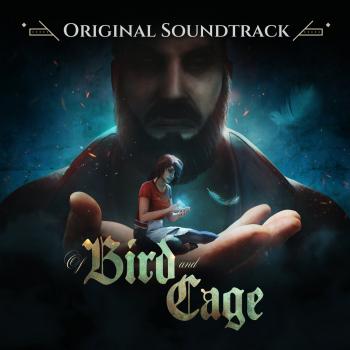 Of Bird and Cage
Front

'Of Bird and Cage' is a music album produced as a story-driven video game featuring artists from (ex) Guns N' Roses, Epica, Within Temptation and many others, telling a modern, dark version of "Beauty and the Beast."

"Capricia is a symphonic-metal band turned into a gaming studio.

In 2015, the band decided they want their music to be heard in a different way from what we're used to, and created a new video-game genre, portraying their music as a music and story based game.

Of Bird and Cage is the first game-album of its kind."

Album was composed by and was released on May 20, 2021. Soundtrack consists of 18 tracks tracks with duration over more than hour. Album was released by Bandcamp.