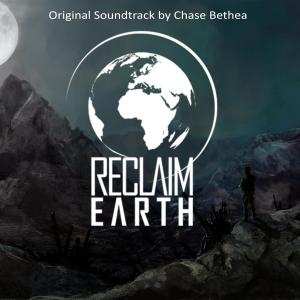 This is the official soundtrack to Reclaim Earth. The project was designed in the LowRez Jam.

In the summer of 2019 a massive worldwide meteor shower covered the Earth hitting every major continent and in February 2020 the Aliens used the Meteor shower to attack The Blue Marble. Less than 1% of the population escaped the planet to a space station built in secret for such an occasion.

It is now 2025. With 5 long years waiting and over 90% of the population lost, we are finally able to mount an attack in an attempt to RECLAIM EARTH.

The score was crafted to empower the player to feel as if nothing can stop them from re-taking their home world. It is heavily imbued with themes of loneliness, survival and hope.

Album was composed by and was released on April 22, 2021. Soundtrack consists of 4 tracks tracks with duration over about 15 minutes. Album was released by n/a.