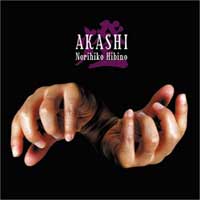 Most people know Norihiko Hibino from his contributions to the Metal Gear Solid series. As seems to be the normal case with big name Konami composers, Hibino also released a high-profile solo album of his own. For those who thoroughly enjoyed his work in the Metal Gear Solid series, you will most likely enjoy this album as much, if not more. Primarily a composer with a jazz background, Hibino caters to his strengths in his personal album. However, there are a few surprises.

Interestingly enough, my favorite piece is the very first one, "Against the World (Prologue)." Not only does this sound like it could be in Metal Gear Solid 3: Snake Eater, but it also offers an interesting combination of elements. The beginning features Jeff Curry doing an almost poetic narration over top saxophone and electronic noises. It really sets the mood. As the narration begins to intensify, so too does the instrumentation. Moving into an almost James Bond themed composition, the intense sounds of the brass and strings really bring the song to life. Eventually a female vocalist, harario, enters into the fray and completes the suspenseful espionage-influenced nature of the piece. It's quite beautiful.

There is also another version of "Against the World," this time the 'full' version. The vocalist is more prominent, but the instrumentation that made the first so awesome is gone. It is replace with smoother sounds — almost new age jazz with a hint of rock in execution. Sure, the vocals are quite lovely, but the "Prologue" version gives off a very different impression of what the 'full' version was going to like. It's still enjoyable though.

In addition, some of the pieces on this album sound like they could have included in Metal Gear Solid 3: Snake Eater. In particular, "Survive Now" and "Catastrophe." "Survive Now" transitions seamlessly with "Against the World (Prologue)" into an exhilarating piece full of tension. The electronica, the distorted guitar accents, the familiar Metal Gear sound, and this overall sense of urgency truly makes this piece shine. "Catastrophe" starts off as a more atmospheric piece, but moves towards a more industrial feel. Jeff Curry narrates once more, mostly reprising his narrative portion in "Against the World (Prologue)." It's overall a very interesting piece and the mix of industrial and string work makes for a very daring fusion that I think pays off a bit.

"Rose Hunter" is one of those high energy rock pieces. It combines power electric guitar riffs with a more laid back acoustic melody and some progressive keyboard work. The acoustic parts remind me a bit of Eric Clapton, actually. It's a strong yet mellow piece with a nice melody that has hints of jazz and some interesting development. Sure, it's a bit straightforward, but that doesn't mean it isn't enjoyable. harario shows her versatility with a fairly decent performance in a completely different style. The English is surprisingly coherent and doesn't detract from the song at all.

The rest of the album can definitely be defined as jazz. Sadly, even though this is Hibino's strength, I find it to be the least engaging portion of the album with an exception or two. Sure, the compositions are really good, but for some reason, it just doesn't interest me as much. "Wandering", for instance, sounds like it could have been in Anata o Yurusanai. This style is just something that doesn't really pique my interest too much. It's a bit too laid back for me, even though I do think it is compositionally sound.

The first thing that "Like a River" reminds me of stylistically is Barry White. It has that funky jazz sound with those amazing string and brass harmonies. The vocalist is also quite nice and fits the song rather well. It's probably my favorite of the jazz pieces. "Grace" is also a nice exception to the pieces that don't really intrigue me. The simplistic piano based composition, coupled with the poignant lyrics and vocals, makes for a very beautiful piece. The sax solo also adds a nice depth to the piece. As for the remaining pieces, I didn't find anything that really stood out.

Overall, this is a fairly good effort by Hibino. It caters to his strengths and, although I don't enjoy all the songs present on the album, I'm sure there will be people who do find that slow jazz rather interesting. All the compositions are accomplished, but I prefer the Metal Gear Solid sounding pieces and "Against This World" the most. Sure to please fans of jazz, Akashi is something I'd recommend for Hibino fans or those fond of smoother jazz sounds.

Sounds like Classical, Electronica, Jazz, Pop - that's what we can say about this album.