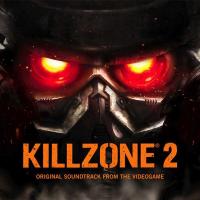 Killzone 2 built on the foundations of the original Killzone score to offer an even more immersive experience. Joris de Man once again created an action-packed science-fiction symphony for the title. This time, however, he focused on created much more elaborate and thematic cues after the original Killzone fell down as a stand-alone experience. The Killzone 2 Original Soundtrack, released through iTunes to the general public, shows that he has succeeded in creating a score worthwhile of listening in and out of context.

The score for Killzone 2 largely continues the sound established in the original Killzone. Listeners can expect rich cinematic orchestrations performed by full orchestra and choir — this time The Nimrod Session Orchestra. Once again, Joris de Man shows tremendous command over the orchestra and a great capacity for cinematic underscoring, combining the production values of modern film scores with the character of old ones. Where Killzone 2 differs, however, is its worth as a stand-alone listening experience. This time there are many more pieces that are breathtaking even outside the game and far fewer short cues — with just three pieces falling below the minute mark.

Like the original Killzone, this soundtrack does have its central tracks that introduce recurring thematic material and these are what will draw listeners into the score. The opening theme, like its partner from the previous score, evolves from an eerie choral opening into a bold military march. The orchestration is even more top-notch than the predecessor and, although the percussive elements aren't treated as skilfully here, the orchestra and chorus otherwise give a tremendous performance. "The Second Helghan March" and "Templar's Last Stand" are emotional rollercoasters with their blend of action and intimate scoring. The former is an especially central theme that never grows old.

An impressive feature of the score is the way it combines diversity with fluidity. Whether the rousing militarism of "Protecting the Convey", elegaic chorus of "Visari's Lament", aggressive dissonance of "The Exoskeleton", or abstract soundscapes of "Suljeva", Joris de Man manages to offer plenty of variety, while still maintaining a feel of an epic sci-fi shooter. Essentially, Joris de Man ensures a dynamic and dramatic in-game and album experience that still comes together in a fitting and cohesive manner, a feature that most orchestral game scores only aspire to.

Furthermore, many of the individual pieces on the score — this time generally spanning three or four minutes — evolve through many different sections. It's spectacular, for instance, how "Fight Your Way Through" blooms into a giant climax to and from practically nothingness. Plenty of scores feature themes with similar arches, but they're rarely as skilfully developed and completed. An even more extreme example is the eight minutes credits suite, which rounds off the score thematically and stylistically in the style of a film score. The final track on the album is a short but entertaining remix of one of the electronically-oriented pieces from Killzone 2, "Fight the A.T.A.C.", demonstrating that Joris de Man is not exclusively a symphonist.

The original Killzone soundtrack featured an incredible orchestral sound, but featured far too few substantial compositions to be worthy of a commercial soundtrack release. The Killzone 2 soundtrack repairs this problem and practically every track in the soundtrack is distinguished for one reason or another. I therefore highly recommend downloading it from iTunes. Dramatic, emotional, entertaining, and cohesive, what more can you ask for?

Сэмплы можно послушать на сайте Tracksounds...
Показать
29.10.2009    1737
Album was composed by Жорис де Ман and was released on October 19, 2009. Soundtrack consists of tracks with duration over more than hour. Album was released by Sony Music Entertainment.

Sounds like Classical - that's what we can say about this album. 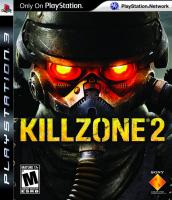