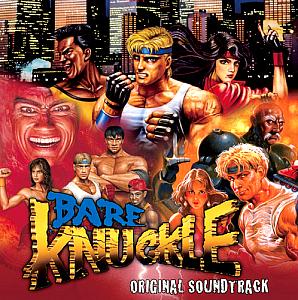 A three-part series for the Genesis, the Streets of Rage series (known as Bare Knuckle in Japan) features some of the very finest beat 'em ups ever produced. Produced primarily by Yuzo Koshiro, its scores are similarly legendary. All three titles pushed stylistic boundaries in the early 1990s by incorporating electronic stylings, both mainstream and experimental. What's more, Koshiro pushed the sound capacity of the Genesis to its limits through some tremendous FM synthesis. Aware of the series' continued popularity, the record label Wave Master published a four disc compilation of the series' music in 2012. It contains remastered soundtracks from all three Genesis games, as well as their Game Gear ports, and an extended DJ mix performed at a 2002 club event.

The Streets of Rage soundtrack is all about the funk! Every track has a very club music feel to them, with a variety of styles throughout the soundtrack. It's definitely a soundtrack you could dance the night to! Perhaps the most iconic track on the score, the first stage theme "Fighting in the Street" features amazing funk styles and breakbeats. The boss theme "Attack the Barbarian" also features impressive mixing, inspired more by the hardcore techno scene of the 90s. Both tracks are highly rhythmically driven, but feature so many compelling rhythms and catchy hooks that they're highly accessible too. They're prime examples of the amazing sounds Koshiro can convey on technologically limited consoles, using an inspired combination of FM and PCM synthesis. There are so many other highlights, spanning the haunting title theme, to the motivating "Violent Breathing", and the climactic "The Last Soul". It's a soundtrack that is ahead of its time both stylistically and technologically. The soundtrack is extremely mesmerizing on the whole and a fan of this musical style would absolutely love this one.

Of the three soundtracks, I feel that Streets of Rage 2 is definitely the high point of the series. Building on the concept of its predecessor, the first stage theme "Go Straight" uemphasises a contrast between the soft jazz-influenced melody and the harder bass lines. The FM synthesis is very inspired here and demonstrates Koshiro's mastery like no other. There are tracks where Koshiro pushes the boundaries of the series by exploring more intense tones, for instance the later stage themes "Spin on the Bridge" and "Alien Power" with their overwhelming bass lines and experimental soundscapes. Both demonstrate Koshiro's appreciation of the rave sounds emerging from Tokyo nightclubs, as does the even heavier tracks "Expander" and "Max Man" by Koshiro's collaborator Motohiro Kawashima. But perhaps the most enjoyable track on the soundtrack is "S.O.R. Super Mix", an incredibly well-produced five minute mix that captures all elements of the series' sound. As other reviewers have mixed, this track isn't just stylistically or melodically impressive — it's also very emotional.

If that score is the musical high point in the series, then Streets of Rage 3 is easily the worst. Koshiro shifted his focus from groovy, memorable electronic themes in favour of celebral approaches. For instance, the title theme "Beat Ambience" features six minutes of distorted industrial beats and sporadic synth phrases. It isn't emotional, it isn't memorable, just aseptic and repetitive. In order to give an abstract sound to the phrases, he created some tracks — including "Random Cross", "Crazy Train", and "Inga Rasen" — with automated composition software. With Motohiro Kawashima taking a more dominant, yet others such as "Fuze", "Cycle I", and "Moon", take more hardcore approaches and tend to loop very oppressive elements. There are occasionally tracks that are reminiscent of the series' past glory, including the hybridised "The Poets I" and "Boss", but they're too few in number to stand out. In the end, the third disc of the soundtrack features the results of an interesting but misguided experiment and isn't likely to be of much value other than curiosity. There are some that like this, but they are the minority.

The soundtracks are generally well-presented on this release. Wave Master used the original Genesis sound sources of the three soundtracks and professionally remastered theme. By contrast, the original album releases for the first two games featured the PC-8801 Sound Board II versions of these pieces and have a slightly different sound. That said, a few unused tracks and arranged versions from the original Streets of Rage album are absent here. The sound sources from the Game Gear additions to the series are also featured here — Streets of Rage 2 at the end of disc one, Streets of Rage at the end of disc two. Given the limited sound capacity of the handheld, these tracks are essentially 8-bit reductions of the original themes. Yuzo Koshiro and Motohiro Kawashima carefully arranged the music to retain their melodies and mood, though inevitably the cool techno vibe is lost. I prefer the Genesis versions, since these are what I grew up listening to, though the Game Gear versions are still impressive in their own right and will especially delight chiptune fans.

The final disc of the album features Yuzo Koshiro's set dedicated to the franchise at the Game Music Club Event "Legend" in 2002. He took listeners on a journey through the world of Streets of Rage by remixing themes across the series into a 43 minute mix. This encompassing track features many favourites from the series arranged in a sensible order. It starts off with an especially nostalgic rendition of the main theme, moving through catchy anthems such as "Fighting in the Street" and "Go Straight", before exposing more experimental material like "Expander" and "Inga Rasen". Perhaps realizing the relative popularity of each game, Koshiro places much more emphasis on Streets of Rage 2 than its successor. Though Koshiro did a good job DJ'ing on this set, most themes are little-changed from their originals and there aren't any attempts to incorporate more modern electronic influence. A further disappointment is that the tracks fade to a silence before the next one starts up — I would have liked to see a bit better of a transition so that the mix is continuous and the end isn't so abrupt.

Aside from a couple of omissions, this four disc soundtrack provides the definitive presentation of the music in the Streets of Rage series. It features all three soundtracks, as well as a decent bonus remix and some 8-bit renderings. That said, this music won't be worthwhile for those who already own the individual album releases of the soundtracks or the Yuzo Koshiro Best Collection Vol. 2. This collection is nevertheless a must-have for those who don't own any Streets of Rage soundtracks and would like to get it all in one swoop.

4-disc special CD box commemorating the release of the Streets of Rage/Bare Knuckle Vintage Collection.  Contains the original Genesis/Mega Drive versions of the Streets of Rage/Bare Knuckle soundtracks by Yuzo Koshiro & Motohiro Kawashima, digitally remastered for the first time ever.  This release also contains the previously-unreleased Game Gear ports of the first two games' soundtracks, as well as a special 4th disc containing the "LEGEND Mix," a live set DJ'd by Yuzo Koshiro at GAME MUSIC CLUB EVENT "LEGEND" in 2002. 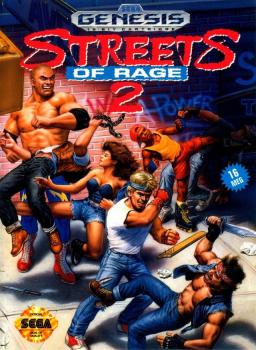 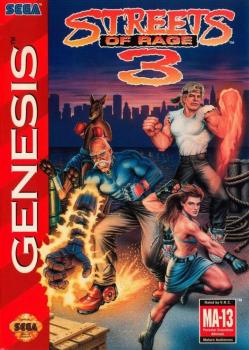 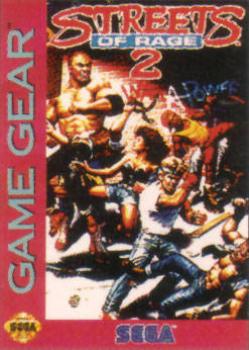 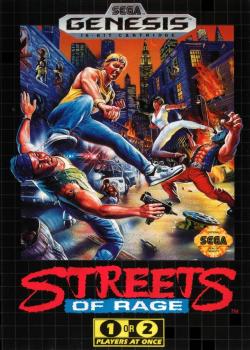 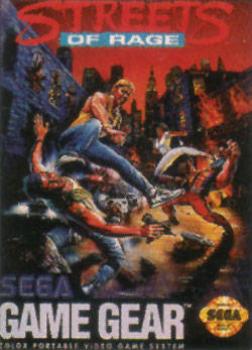