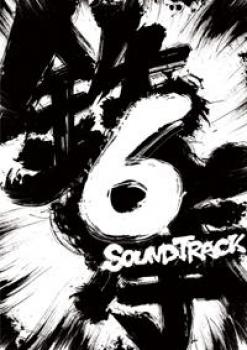 The Tekken series is certainly a childhood favourite of mine, and upon hearing about this game and soundtrack, I was intrigued to see how it had progressed. Changes or not, I'm still awful at the game! The music is what has changed the most, though, especially on this soundtrack which features a great deal of contributions from illustrious game music artists. Four sound teams united together on this soundtrack to offer an especially diverse cast. Expect material from SuperSweep (Shinji Hosoe, Ayako Saso), Basiscape (Hitoshi Sakimoto, Masahiro Iwata, etc.), Namco Bandai's internal team (Ryuichi Takada, Rio Hamamoto, etc.), and Monaca (Keiichi Okabe, Kazuhiro Nakamura, etc.). Note these sound teams have changed a little since the publishing of this album, since Takada has now moved to Monaca. The Tekken 6 Soundtrack is a complete three disc soundtrack from SuperSweep featuring all the music from the console adaptation of Tekken 6 and Tekken 6: Bloodline Rebellion.

In my eyes, the contributions from the Namco Bandai Games Inc.'s sound team are the best on this soundtrack. Rio Hamamoto's tracks mostly feature a heavy rock style in which distorted guitars take the lead, or a sort of fusion which combines the elements of this with electronica. "Tunnel Disaster" acts a good example of a heavy rock theme, with its deep bass, eerie background, vocals, and terrorising overlying guitar segments. What he creates when he blends this power with electronica, however, is much more interesting and effective. "Nancy" and "Nancy Again" are especially impressive, since synth sounds and loops added through the electronica segments provide a solid foundation for Hamamoto's distorted guitars to run over the top of. His best theme, "Rustic Asia", actually fuses this distorted rock and electronica style with Asiatic instruments and chanting. The best segment comes in around 1:20 when a plucked string instrument plays a gorgeous short melody over a basic synth loop, while the chanting continues, before Hamamoto then moves into a rock segment once more; this section successfully combines all three styles into one defining moment in the score.

Ryuichi Takada's additions to the soundtrack are much more impressive and greater in stylistic variety, however. "The Destined," "Calm Beginning," and "Deep Attack" are good examples of his cinematic fusions of orchestral and electronic elements. I find these themes particularly captivating through Takada's progressive bass development. "Deep Attack" is probably the best example out of this feature; the track starts off with a basic deep synth motif in the background and steady bass beat, which then comes to life with the change of the chords around 0:45, completely changing the feel and tone of the piece. Even "Meeting the Bear," a track which a lot of you will find initially irritating, features some great development and almost becomes magical. Several darker fusions from the composer can be found in "Midtown Roars," "Distorted Arms," and "Congested Rage." "Midtown Roars", in particular, is very string-focused, with lots of heavily emphasised staccato down bow movements in the lower violin part, combined with a gorgeous sweeping melody taking control of the top part of the track. To make this piece particularly aggressive and dark, Takada has added a taunting yet catchy bass in the background, highlighting the concept that something ominous is lurking.

Three other composers at NBGI offered some impressive entries. Tekken 4 lead Akitaka Toyama offers several great trance themes on this soundtrack, most notably "Hacked" and "Karma"; while "Karma" offers a strong beat and varied development, "Hacked" makes a much greater melodic impact. Go Shiina's "G ~Blast ver.~" and "Arisa" are amongst the album's most colourful fusions. "G ~Blast ver.~," especially, is an invigorating blend of Asian, rock, orchestral, and electronic styles, featuring glorious sections at 1:33 and 1:56. The track's greatest asset is how it flows between these styles without a hitch, demonstrating Shiina's ingenuity as a composer. Similarly, Yoshihito Yano's theme "YUKI" is just as well-produced and outgoing, combining electronica and Asian instruments. It's a shame that Shiina and Yano didn't contribute more to the album, despite creating some strong tracks from NBGI on the whole.

Though their contributions are greater in number, the Monaca team were mostly laboured with the subsidiary themes for the score, such as various event and ending themes. Don't be disappointed, though, because Keiichi Okabe contributes a range of especially diverse tracks — ranging from yodelling to trance (yes, I did say yodelling). The yodelling track in question, now that it's been inevitably brought up, "Yodelling in Meadow Hill" combines a female yodeller with a cute accompaniment to produce one of the strangest yet entertaining themes in game music. "Dust Comp" meanwhile sounds very similar to something Daft Punk would produce; although I am a fan of Daft Punk, I amazingly much prefer Okabe's house style, further extending my faith in his talent across multiple musical genres. Elsewhere in the soundtrack, Okabe demonstrates his ability to produce ambient electronic gems with the magical "Edge of Spring" and groovy "Splashing Casino". He also contributes several darker tracks, ranging from the blistering rock tracks "Ethno Evening" and "Detune", to "Sacred Dark" with its gothic chant and militaristic percussion. The latter, especially, comes to life at around 0:45 when an organ is added, adding to the epic vibe fitting for the stage.

Moving on to the sound team's other contributors, Kazuhiro Nakamura has two themes which can be considered decent tracks, and not fillers. "Death Fight on the Neon" strangely brings some heavy metal to the soundtrack, and "Blowin' Up the Enemy" seems to build a little further on Okabe's more ominous themes. Satoru Kosaki's single contribution is of the quality most would expect from him too. Mostly though, Nakamura, Keigo Hoashi and Kakeru Ishihama are prominent on the last disc of the album with a selection of short ending themes. Truly, the majority of these can be ignored and sadly they do take up the majority of the disc, potentially harming an otherwise solid three disc release. It's fairly apparent that Monaca's only real decent contributions to this soundtrack, at least out-of-context, come from Okabe, who is nothing short of a stylistic genius with his variety of tracks.

Basiscape offer a range of cinematic music to the soundtrack, most of which are very impressive. Basiscape founder, Hitoshi Sakimoto begins the company's contributions to the soundtrack with the ominous "Bound by Blood," a fast-paced fully orchestrated track which emanates danger. This ominous atmosphere is further emphasised in "Amnesia" and "Fallen Ally," featuring Sakimoto's characteristic sweeping strings and dynamic brass. Masaharu Iwata's sole contribution, "Counterattack" is also composed in a style which we have heard from him before, with a blend of menacing string motifs and rampant brass interjections. Yoshimi Kudo also offers two militaristic tracks, "Battle in the Sky" and "End of the Road", that still characterise his aggressive musicality. Personally, I find Mitsuhiro Kaneda and Noriyuki Kamikura's contributions more refreshing. Kaneda's "Unexpected Help" is by far Basiscape's best contribution to the album, with its distinctively layered fusion of electronic and orchestral sounds, while Kamikura's "Staying in Contact" is a powerful and heartfelt rock ballad that seems sadly out of place on this section of the album; as you may have guessed, this piece does also features a fusion of styles, with the orchestra remaining a prominent part alongside a screaming electric guitar.

Despite being the album's publishers, the contributions from SuperSweep on this soundtrack are surprisingly few, with only two tracks from just two of the company's composers. It's nevertheless pleasing to see the composers return to the series after so many years away. "Fist Festival..." is a typically bizarre track from Shinji Hosoe, blending an ethnic guitar line with a hardcore electronic beat. Not only is this one interesting outside context, but it's also effective for representing one of the nmore bizarre stages added for Bloodline Rebellion — the Fiesta del Tomate. Ayako Saso's "Only One Fight..." doesn't stray too far away from her normal style either, but her colourful range of instrumentation — from flute to panpipe, acoustic guitar to keyboard — makes it a unique gem nevertheless.

The Tekken 6 Soundtrack features some great music from a variety of accomplished game musicians, but it does have its weaknesses. The third disc, for example, is full of ending themes that are excellent in context, but worthless on a stand-alone; though it can be considered as a bonus, it's a detriment to the music which appears before it. Thankfully, the rest of the album is an impressive musical journey that includes pleasant fusions, clever tunes, and original styles. Go Shiina, Ryuichi Takada, Rio Hamamoto, and Keiichi Okabe especially embrace the Tekken sound and manage to offer some spectacular contributions to the soundtrack. In terms of how the music to the Tekken series has progressed, most agree that Tekken 6 features among the strongest themes yet. Let's just hope that this is a continuing trend for the rest of the series.