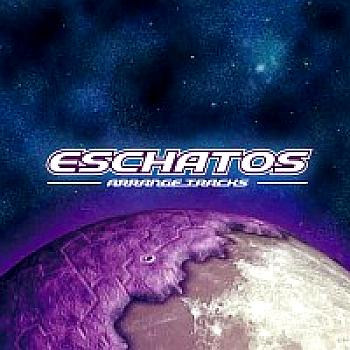 In 2011, Yousuke Yasui was given the opportunity to create the entire score for the shooter Eschatos in his second major solo work. A year later, an album featuring the DLC versions of the music, titled Eschatos Arrange Tracks, was released. It also features a guest arrangement by Hiroto Saitoh and a vocaloid version of one of the themes by Yousuke Yasui. How does the arranged version of the game music turn out and what about the special arrangements?

The majority of the album is similar to the original versions of the music. However, there is generally a much larger rock presence in the album and some nifty synthesizer accompaniments most of the time. Most of the time, these additions just add a bit of a facelift to the retro inspired originals. They're nothing worth paying money for if you already own the original soundtrack, though they're a fine alternative for those that don't.

However, for a few tracks, I think the arrangements make the tracks more powerful and more enjoyable. One that benefits from a facelift is "Massive X," the normal boss theme. While the original is quite great, I think the updated synth and rock tones help add a bit more contrast to the overall texture of the music. "Unknown Pulse," a very forgettable track on the original, is also enhanced here. Despite the simplicity of just adding powerful guitar riffs, the overall effect is much greater, providing a more sinister environment. Although it lacks any semblance of a melody, it manages to keep the listener's attention between the preceding stage theme and the final boss theme. Speaking of the final boss theme, "Extermination," definitely gets a bit of a power boost. The powerful keyboard and guitar riffs really enhance the soundscape, while the fantastic synthesizer and keyboard solos are fantastic despite their short length. This power is extended into the true final boss theme, "Scream Out," full of speed metal tones.

There are also two special arrangements on the album. Yousuke Yasui's rendition of "Stellar Light" takes the tone of the original and arranged version — providing a dreamy, rock soundscape — and applies a vocaloid program to the melody line. It is, surprisingly, bearable. It doesn't feature any surprises, but is a nice bonus nonetheless, especially for fans of vocaloid programs. However, I think the star of the album is the special arrangement of "Point of No Return" by Hiroto Saitoh. He takes the original and transforms it into an exquisite electronic, jazzy atmosphere that really manages to soar to new heights. Between the intense electronic beat, ethereal synthesizer melody, extremely catchy accompaniment, and the stunningly beautiful piano lines, the track is a nonstop ride from start to finish. There's even a great guitar solo. Fans of Hiroto Saitoh will surely enjoy this one.

Compared to the original soundtrack, the rock and synthesizer updates help breathe new life into the music. However, fans of the original retro style may want to stick with it, rather than purchase this album, unless you want to see how the rock and synthesizer helps to reinforce the already strong compositions. If you aren't a fan of the retro style compositions of the original, this one may be worth looking into. Either way, the music is still enjoyable and the bonus arrangements provide a nice treat and an interesting take on the originals.


Album was composed by C.A.Debussy / M-KAI / Yousuke Yasui / Yuuki Yonezawa and was released on May 10, 2012. Soundtrack consists of 16 tracks tracks with duration over about 45 minutes. Album was released by SuperSweep. 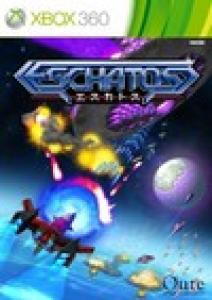