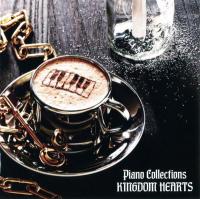 It's about time. The Kingdom Hearts games, a popular series from Japanese RPG powerhouse Square Enix, feature fun and entertaining soundtracks composed by Yoko Shimomura, who has also composed for games like Super Mario RPG and the Mana series. Her Kingdom Hearts scores are fan favorites, chock full of a wide variety of music from arrangements of Disney tunes to dramatic original pieces. Kingdom Hearts has an abundance of wonderful music and memorable melodies that are perfectly suited to an arranged album. However, for some time, it did not seem as if we would ever see one. In its place, some fans worked on various arrangement projects dedicated to this game to fill the void. However, finally the piano collections were revealed, and finally we see Kingdom Hearts getting Final Fantasy treatment — an album professionally arranged and performed. The Kingdom Hearts Piano Collections is by no means close to a perfect album, but fans of the series and soundtracks will surely enjoy the arrangements of some outstanding pieces from the games.

Almost expectedly, the album begins with "Dearly Beloved". This simple piano solo has been extensively featured on the soundtracks, so it was certain to be included on this album. This particular arrangement doesn't really stray too far from the familiar, and much of it is entirely identical to the original piece. A few small flourishes in the melody change up the piece slightly, while some slightly awkward high notes add a new texture to the piece. However, this version is basically like listening to the original piece, which will surely please some fans who enjoy the simplicity and emotion of the music while disappointing those of us who appreciate originality. However, there is another version of the piece, entitled "Concert Paraphrase on Dearly Beloved," that features a variety of changes to the piece. This arrangement takes the simple melody to an entirely different level, adding a large dose of dramatic runs and heavy bass that gives the piece a sense of urgency but also majesty, and works effectively as the closing for the album.

One of the best arrangements on the entire album is "Traverse Town". The original piece was a laidback, jazzy track that featured a smooth saxophone melody and relaxing piano accompaniment. This arrangement preserves the atmosphere of the original and refrains from making drastic changes that would ruin the spirit of the piece. This version is very light and bouncy, and the melody is just as beautiful as it was originally. The arrangement is particularly effective when the melody moves into a lower range with bass accompaniment. Unlike other arrangements on the album, this one stays away from overly virtuosic scalar runs or flourishes, instead utilizing simple decorations that enhance the piece rather than detract from the melody. "Missing You ~ Namine" is another rather simple arrangement that features a beautiful melody. It remains fairly true to the original and keeps the melody intact. Towards the end, the piece reaches a climax th at involves some quick runs, but this adds to the beauty rather than take away from the piece.

My personal favorite arrangement is the brooding "The 13th Side". This arrangement is very dark and grave, and does the melody justice. Though many may not enjoy this arrangement because it retains the same melody and repeats many times, I enjoy the treatment it receives. The piano naturally accents the ominous sound of the piece, and this arrangement treats us to an exciting climax followed by a reflective restatement of the melody. Overall I find this arrangement highly effective and engaging, one of the best on the album.

"The Other Promise" comes off as being a bit pretentious, as does "Hand in Hand". Both feature excessive piano runs and needless flourishes that are interesting at first, but eventually seem to distract from the melody and soul of the originals. Some may enjoy the frantic nature of these arrangements and find them exciting, but others will be disappointed with the over-the-top treatment. "Hand in Hand" is way too active throughout its short time span, but thankfully "The Other Promise" has a few reflective moments as well to counteract some of the drama found in the piece. "The Other Promise" features the melody from "Roxas," which sort of renders "Roxas" as a pointless arrangement. "Roxas" is very plain and nothing particularly special, in great contrast to "The Other Promise." However, "Roxas," is, quite simply, too mundane and normal, and the melody is not strong enough to really pull the arrangement through.

In the middle of the album, the arranger selected four pieces to encompass a four movement "Sonata" for piano solo. These include "Sora," "Kairi," "Riku," as well as "Working Together". The idea is a neat one; each piece is assigned a certain type similar to those found in classical works. The first is "Sora - Allegro con brio". This arrangement is fairly decent; it isn't anything truly special, but it is faithful to the original and doesn't get too caught up in ridiculous piano runs like many other pieces. It is a fun arrangement with a bombastic ending reminiscent of Gershwin's "Rhapsody in Blue," a famous jazz work. The second movement is "Kairi - Andante Sostenuto". This movement is considerably slower than the previous one, and is overall very focused on melody and the deep atmosphere. This arrangement features a section with some triplet runs, but unlike "Hand in Hand" these augment and add an effective layer to the piece. Overall, this is one of the stronger arrangements on the album and fans of the original piece will surely appreciate this track.

"Riku - Scherzo e Intermezzo" is the third movement, and is the most active of the first three movements. While most scherzi are lighthearted in nature, this one is quite dark and intense. Such an atmosphere is perfect for Riku's theme and character. This is also a very strong arrangement; it features a number of quick runs but these are effective and are characteristic of the scherzo form. The ending in particular is quite difficult and sounds reminiscent of Chopin or Liszt. The finale of the sonata is "Working Together - Allegro vivace". This is a decent arrangement, but suffers from the same problem as "Hand in Hand". The piece seems to utilize virtuosic material for the sake of using it, and it doesn't always add to the piece. Also, the melody repeats many times over the course of the arrangement, and often the bass accompaniment is exactly the same which gives a feeling of never ending repetition. This arrangement is not nearly as strong as the previous two in this sonata, but is decent and moderately enjoyable nonetheless.

Overall, this is a strong piano arrangement album, and fans of the Kingdom Hearts soundtracks will be sure to love some of the arrangements. Some general problems include overuse of complex runs and flourishes, and the arrangement choices themselves. Some pieces, such as "Hand in Hand" and "Working Together", could have been replaced by other, more worthy pieces. The absence of the Shimomura favorite "Destati" and other pieces like "Lazy Afternoons" or "Hollow Bastion" hurts what could have been a superb album. This is nevertheless worthwhile for those looking for an enjoyable listening experience, although the sheet music is intended for experts only. 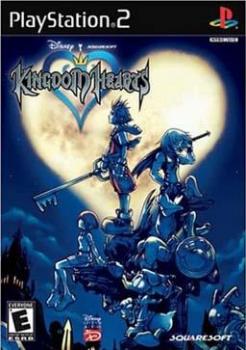 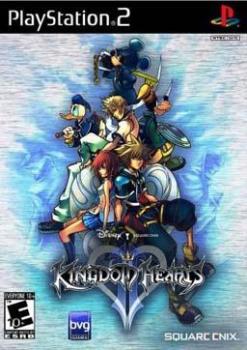 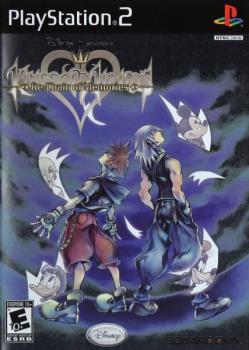