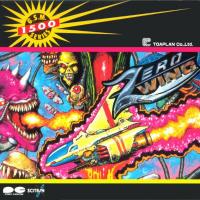 Thanks to the "All Your Base Are Belong to Us" meme, Zero Wing is probably the most widely recognised of Toaplan's games. The game was actually enjoyed by shooter fans players thanks to its inspired level design, challenging bosses, and enjoyable soundtrack. An ensemble effort by Tatsuya Uemura, Masahiro Yuge, and Toshiaki Tomizawa, the soundtrack reflects the talent and individuality of Toaplan's soundtrack. The soundtrack exclusively features music from the original arcade version of the game, released in 1989, before that cinematic opening was added to the Mega Drive version of the game.

The soundtrack starts off with "Open Your Eyes" with its heroic, adventurous tone and catchy rhythms. The melody is also quite successful, despite the overall short track length, and gives off that feeling of an epic journey ahead. "New Day for Me" offers a variety of soundscapes and some great melody and accompaniment. The melody has that sense of determination and adventure and is extremely memorable. This is definitely one of the best themes on the soundtrack. This track lasts for a little over three minutes on this album, but was oddly looped more extensively on the Toaplan Shooting Chronicle.

"Babylonia Nights" has a very exotic soundscape, due to the chiptune manipulation, with an invigorating bass line to match. It features a very catchy melody with an atmosphere that is a bit dark at times. Overall, it's quite a successful theme that captures the adventurous tone of the preceding themes. While the other stage themes preceding "You Get" have been quite catchy and memorable, this theme suffers from being pretty forgettable. The overall atmosphere of the track has a dark and heroic tone, but the melody doesn't really stand out. "Old Sense" has a bit of a militaristic tone to it, particularly in the rhythmic sections. The end result is a very tense atmosphere. Fortunately, once the melody really kicks in, the brooding atmosphere is offset by a fairly bubbly and memorable melody that really gives off a wonderful sense of freedom and adventure.

"New Say" is a short, but memorable chiptune with quite an adventurous melody and some more sinister tones, particularly in the B section. Surprisingly, despite its short length, it manages to develop quite a bit. "Same One" has a very upbeat, playful theme that gives off a sense of adventure. The melody is a bit lacking in terms of development, but it does manage to catch the listener's attention on occasion. Lastly, "Hit Man" is another very successful theme. It features a very catchy melody, that heroic tone that captures the final assault, and some slick rhythms. While not the strongest theme on the soundtrack, it does manage to succeed in capturing the many moods heard on the soundtrack. The release ends with a collection of sound effects from the game.

Overall, this is a fine ensemble effort by Toaplan's soundtrack. Combining memorable melodies with distinct approaches, it's an enjoyable accompaniment to the game's stages and a decent stand-alone listen. But at just 25 minutes, this soundtrack is rather sparing in length and thus hardly great value. Most would be advised to go for the Toaplan Shooting Chronicle instead, which compiles this soundtrack and 13 others into an affordable compilation. 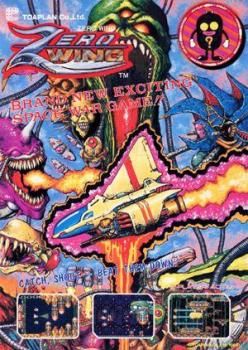