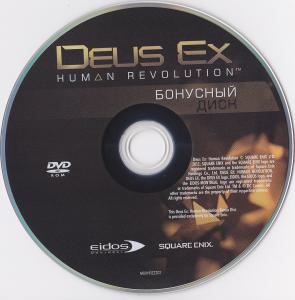 The first Deus Ex game, released back in 2000, was hailed as an instant classic and one of the best computer games of the decade. As so often, the inevitable sequel — in this case called Deus Ex: Invisible War — was somewhat of a letdown and seemed to stop the burgeoning franchise dead in its tracks. But of course, that's no reason for a business-minded publisher to let a once established property lie dormant. And so, seven years after Invisible War, Deus Ex: Human Revolution continues the cyperpunk saga. Or to be more precise, it tells its prologue, as Human Revolution turned out to be a prequel to Deus Ex. The game was greeted with strong reviews, but only time will tell if it will be as fondly remembered as Deus Ex.

While Deux Ex composer Alexander Brandon had returned for Invisible War, he wouldn't be involved in Human Revolution, nor was his Invisible War co-composer Todd Simmons. Instead, feature film, TV and game music composer Michael McCann was brought on board to score Human Revolution, with his biggest gaming-related credit to date being his soundtrack for Tom Clancy's Splinter Cell: Double Agent. McCann's approach for Human Revolution certainly didn't lack ambition, as his aim was to mirror the theme around which the whole game evolved: 'transhumanism', in McCann's words "the use of technology to push humanity beyond our physical and mental limitations". According to McCann, this "definite struggle between the natural and the technological" would be represented in his score through "the duality between acoustic and electronic instrumentation", with both sides "always fighting for priority". These ambitions unfortunately only found a limited outlet on album upon the game's release, as Human Revolution's music was only made available as a 29-minute bonus disc on the game's special editions.

'Transhumanism' might sound like a lofty term, but the musical expression that it finds on Human Revolution is more common than one might think. Basically, if you've heard the music for one cyperpunk themed game or film (yes, think Blade Runner), you'll know what to expect here. Glacial synth layers that still seem to be the quickest way to musically convey an urban, not-too-distant future; measured, sometimes majestic melodies whose slightly detached demeanour underlines man's struggle to not vanish in the jungle of a megalopolis full of monolithic skyscrapers that dwarf any human being. The resulting melancholy that characterises "Main Menu" is combined on "Opening Credit" and "And Away We Go" with some forward motion provided by equally familiar-sounding electronic pulses and string ostinati. These stylistic devices not only reach back to scoring conventions for futuristic soundtracks, but in their straightforward and dominating rhythmic manner also evoke to a good number of Remote Control film scores. The results on "Opening Credits" and "And Away We Go" are predictable but pleasing enough, due to the melodious and infectious nature of the music. However, "And Away We Go" suffers from the same problem that plagues the whole soundtrack as a whole: it's too short to fully satisfy and leave a more lasting impression.

Had McCann stopped here, Human Revolution would have been an appropriate, if not exactly remarkable score. What gives the music some amount of character is McCann's realisation of the idea of transhumanism, even though, as described above, it's not a groundbreaking realisation. In the conflict underlying the concept of transhumanism, those well-worn icy synth soundscapes signify technology. Nature, on the other hand, is represented predominantly by that most human of instruments, voices, usually in the shape of a solo alto. It's an inspired choice by McCann to convey the struggle at the heart of the score, and how the natural and technological constantly intertwine: both solo and choral voices on Human Revolution are subjected to a number of 'artificial' manipulations such as noticeable reverb. Don't expect a revolutionary result though — overlaying atmospheric synth washes with solemn female vocals to increase their dejected, otherworldly tone is hardly a novel technique. And the vocal melodies on Human Revolution will have you mentally reaching for most any film score that has Lisa Gerrard involved. All that being said: yes, it's a formula, but it still works. Ultimately, the mix of vocal and electronic elements is the key to Human Revolution's appeal, and although this combination of elements isn't necessarily intellectually satisfying, it certainly is emotionally.

And sometimes, the formula even works a treat, as on opening title and album highlight "Icarus - Main Theme". Mind you, there's no thematic material on this track that would return on this short cross section of a soundtrack album, although "Ending" reprises one of "Icarus - Main Theme" alto melodies. But that issue matters little during the track's four minutes, as the music constantly builds from a serene opening solo alto over pulsating beats and simple, but imposing majestic synth melodies, until it all culminates in a soaring cyperpunk anthem. One of the more subtle references to transhumanism on "Icarus - Main Theme" aren't the interspersed female vocals, but the fact that the piece's escalating development resembles Icarus' ascendence towards the sun — and one of the symbols used within Human Revolution for the conflict between humanity and technology is indeed the myth of Icarus and Daedalus. The track also highlights how most of the time, acoustic and electronic elements don't so much combat each other on Human Revolution most of the time, but instead interact and enhance each other; a fitting analogy for the idea of mechanical augmentations that have been created to increase the human body's capacities.

Human voices are not only the score's dominant expression of humanity, but also its most memorable. "Endings" layers its female solo voices with vocal melodies floating in the background and in the process, the piece distils the score's often ethereal nature into its most spiritual and introspective manifestation. "Everybody Lies" isn't as touching, but its more aggressive, beat-driven episodes are contrasted all the more effectively by the forlorn alto solo vocalisations that mark the cue's opening and ending. Even less remarkable tracks like "LIMB Clinic" and "Detroit City Ambient Part 1", with their downcast and rather monotonous synth ambiance, benefit from the inclusion of vocals, since they add some much-needed emotionality to the otherwise uninvolving music.

Another outlet for the music's acoustic side are the Chinese instruments heard on "Lower Hengsha Ambient Part 1" and "Return To Hengsha". In interviews, McCann described his use of source recordings of traditional Asian music, which he would then blend into each otherand incorporate into the score. This tied in with the idea of transhumanism as well, namely through the process of "incorporating very traditional forms of music but using technology to manipulate, tune, and merge them into an electronic world." The results are most striking on "Lower Hengsha Ambient Part 1", which enrichens its oppressive synth backdrop with a smattering of musical snippets performed on Asian instruments. These ethnic bits and pieces pop up as quickly as they vanish, which gives a music a nervous energy that not only contrasts with the more static majority of cues on Human Revolution. In their quite chaotic appearance, these fragments also act as a counterpoint to the more rigidly organised electronic elements of the score. "Return To Hengsha" uses the same exotic ingredients in the context of an action track to satisfying results. The track also features another 'human' element: live percussion as opposed to synthetic beats. The rhythms McCann comes up with for percussion on "Return To Hengsha" and "Barret Boss Fight" have the compositions power along adequately , even though the latter cue feels generic in its development over gradually intensifying, but never really exciting rhythms. Again, some solo alto material in the background helps matter somewhat.

The one time when Human Revolution falls flat on its face in its use of vocals is on the thankfully short "HongHua Brothel". Sleazy club beats and the sounds of moaning and sighing women? Okay, we're in a brothel, we get it, thanks for the hamfisted reminder.

The foundations on which McCann erects his score for Deus Ex: Human Revolution are well familiar and remain firmly within the scoring conventions for futuristic cyberpunk soundtracks. Within these confines, McCann still achieves satisfying results, mainly through the inclusion of acoustic elements — solemn vocals, ethnic instruments — that mirror the guiding principle of transhumanism which shapes Human Revolution. It's a high-brow concept that yields arguably not-so high-brow, but still mostly atmospheric results, with only a few dull spots here and there. And then there's "Main Theme - Icarus", a stirring anthem that in itself is ultimately strong enough to make Human Revolution a recommended listen.

Quality-wise, Human Revolution falls between Deus Ex's creative electronics and Invisible War's dull atmospherics. In the end, the most nagging problem with this short bonus album is that it can't help but feel like a tease. Let's hope for a more extensive soundtrack release that will represent McCann's ideas and ambitions more adequately than this all too brief glimpse into the world of Deux Ex: Human Revolution.

Sounds like Ambient, Classical, Electronica, Ethnic, Vocal - that's what we can say about this album. 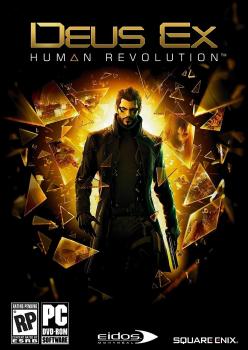 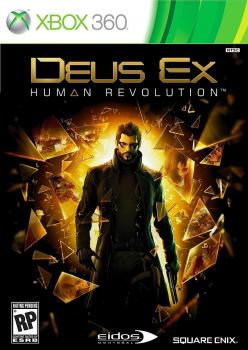 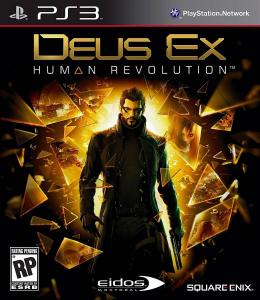