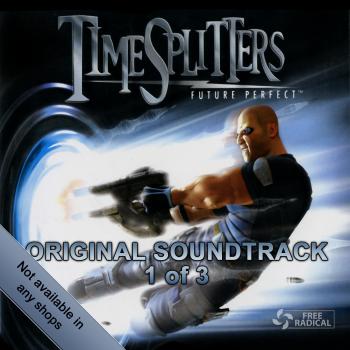 In 2005, Electronic Arts brought TimeSplitters: Future Perfect to the masses with a polished and unique first-person shooter. To meet the modern demands of modern shooters, Norgate took a much more cinematic approach and brought in Christian Marcussen as a co-composer. In doing so, he rejected the somewhat gimmicky contrasts of TimeSplitters 2 in favour of a more cohesive approach. But this is often to the detriment of the stand-alone listening experience...

The soundtrack for TimeSplitters: Future Perfect is dominated by music used during various cinematic sequences. Featured on the first disc, "Time to Split" and "The Khallos Express" are competent emulations of Zimmer's very familiar approach to action scoring. Dominated by boisterous brass leads and driving string motifs, these tracks manage to sound intense and dangerous without overbearing. Yet while acceptable, these tracks simply lack the memorable features and remarkable stylings necessary to stand out among so much other cinematic fare out there. The lack of an orchestra performance is a further detriment and gives the cues a flat sound. The production values were acceptable for 2005, but don't hold much weight in the current era.

The rest of the cinematic material is quite diverse on the album. The composers considerably impress with material such as "You Take the High Road" with its rich dramatic shifts, "The Russian Connection" with its affecting choral conclusion, and "Breaking and Entering" with its moody electronic influence. However, even these tracks are more enjoyable to experience in the context of the game. "What Lies Below" is somewhat more encompassing, but doesn't always sustain its ten minute playtime on a stand-alone basis. The final disc of the soundtrack is dominated by the three conveniently compiled cutscene suites, spanning some 23 minutes. These tracks bring plenty of drama to the in-game experience with their rich themes and robust orchestration, but again are too derivative to be of individual worth.

The main stage themes on the soundtrack compensate for the deficient cinematic themes with their creative stylings and vast development. "Siberia" and "Hotel" maintain the dark cinematic sound of the score, but focus more on experimental soundscaping. Whereas the former features cold electronic soundscapes, the latter seems inspired by Herrmann's horror orchestrations. Moving to more familiar territory, "Venice" is a pumping electronic anthem that reflects Norgate at his most enjoyable, while "Spaceport" seems to be a homage to the original TimeSplitters. Of course, Norgate satisfies with a highly memorable and unique temple theme. There are also two bonus tracks, "Like a Monkey" and "Like a Robot", that combine thumping techno beats with hilarious vocoder parts.

TimeSplitters: Future Perfect was a leading game score at the time of its release with its detailed cinematic underscore and admirable orchestration emulations. However, it hasn't stood the test of time particularly well and most pieces lack original hooks. Thsankfully, the original approach of the series is still hinted at with the stage themes on the second disc and these tracks are worth listening to. Let's hope that a future TimeSplitters game will be made that develops the series' musicality.

That soundtrack was released freely on Free Radical Design website during 2006.
Most of the tracks composed by Graeme Norgate and Goteki are still available as individual tracks on Graeme Norgate's personal website (http://www.graemenorgate.com/).
Album was composed by Христиан Мэркассен / Goteki / Грэм Норгейт and was released on 2006. Soundtrack consists of 28 tracks tracks with duration over more than 2 hours. Album was released by Free Radical Design. 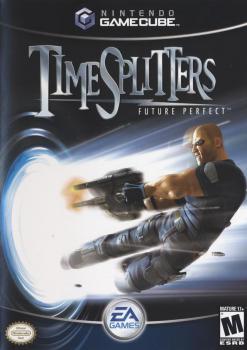 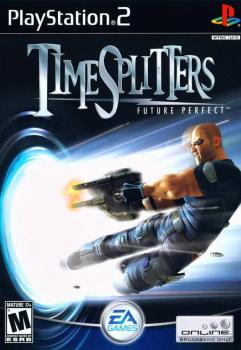 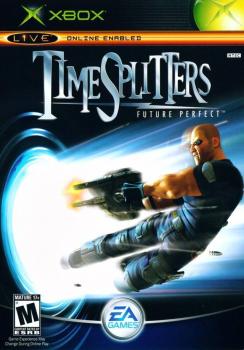