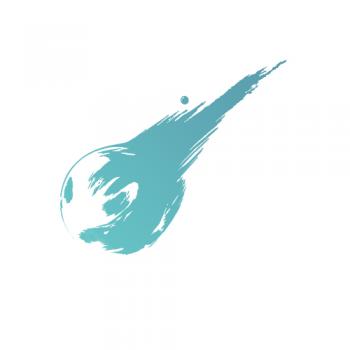 The Final Fantasy VII Reunion Tracks can be viewed in three ways: the nearest thing out there to a Final Fantasy VII orchestral album; a Final Fantasy VII 'best of' collection; or, as I prefer, a rushed, uninspired, and unsatisfying commercial product. Featuring 19 tracks in total, the album features only three original orchestral arrangements — a pale number compared to Grand Finale and Fithos Lusec Wecos Vinosec, which featured about ten new arrangements each — while the rest of the album is just a rather odd selection of tracks from the Original Soundtrack. Does it make a good purchase?

With the Final Fantasy VII Original Soundtrack being rather diverse and immensely popular, choosing tracks for a 'best of' collection was always going to be a hard one. Of course, there are obvious additions. What could open the album other than the dramatic "Opening ~ Bombing Mission," albeit in its original form? Few could argue with the placement of the town theme "Ahead on Our Way," the moving "Cid's Theme," the militaristic "Rufus' Welcoming Ceremony," or Uematsu's personal favourite, the African-influenced gem "Valley of the Fallen Star" used in Cosmo Canyon. "J-E-N-O-V-A," "Still More Fighting," and "Fighting," the deservedly popular battle themes from the soundtrack, were other no brainers to place here. And, of course, the most popular themes of all — "Aerith's Theme," "F.F.VII Main Theme," and "One Winged Angel" — were must-haves and received 'special treatment' through orchestrations. These were to be the highlights of the album and the reason why many would choose to buy it. Yet, even though all these understandable additions were to allow the album to attain to a moderately high standard and appeal to a grassroots audience, was all this really enough? When less than a quarter of the original score's tracks were to feature, could the album appeal to a moderately wide audience without making too many glaring omissions? Simple answer: No.

Unfortunately, this album reveals that it's near-impossible to create a 'best of' collection that fully satisfies fans of Final Fantasy VII's original score without alienating those that don't conform to the tastes of the 'masses' or leaving fans dissatisfied because of certain exclusions. This is principally a problem with the highly limited 'best of' format itself, though there are problems Nobuo Uematsu could have prevented. Just looking on the track listings will reveal that the album is rather light-hearted, a stark contrast to the dark, epic, and perhaps even apocalyptic game. It's baffling that "Honeybee Manor" was put here. After all, it's a silly and irritating experiment that was used very sparingly in the game, which few gamers liked (if they heard it at all, that is). And what about "Farm Boy"? Underrated or not, this slow-paced and perhaps dull theme feels misplaced so early on in the album, especially with "Electric de Chocobo" featuring only two tracks later. Regardless of the Original Soundtrack's obsession with Chocobos, was this really necessary? And why were "Cait Sith's Theme" and Yuffie's "Descendent of Shinobi" among the last tracks? Could at least some sort of dramatic arch been established? There's no harm in a little fun, but why the filler and false portrayal of Final Fantasy VII's mood?

Sources of dissatisfaction principle come from the loss of a number of darker and more atmospheric themes. Excluding the orchestrated "One Winged Angel," the only other major sources of 'darkness' on the disc are "J-E-N-O-V-A" and "Forested Temple," neither of which were intended as musical representations of impending doom. The ethereal gem "Anxious Heart," the reflective "Interrupted by Fireworks," and the atmospheric last dungeon theme "Judgement Day" could have all given the album some depth and grit. Many would have loved "Shinra Company," in all its pantomine villain glory, or "You Can Hear the Cry of the Planet," which is an unbelievably powerful ambient piece for those who have played the game. If Uematsu was looking for inclusion of some experiments, why not "The Great Northern Cave," "Trail of Blood," "Turk's Theme," or "Mako Reactor" instead of "Honeybee Manor" or the unpopular techno-influenced "Crazy Motorcycle"? Sure, none of them are perfect prospective additions, but at least they have purpose, integrity, and some level of popularity. And then there's the big question: Was this album really intended to be a partly a 'best of' selection or was it principally engineered to leave listeners desiring for more, thereby having wasted their money on purchasing the disc? Knowing Square's commercialistic indulgences, I wouldn't be surprised if it were the latter. If you have the money, BUY THE FFVII OST NOW INSTEAD.

Is the album worth buying for the orchestral tracks alone? Well, there's no doubt that two of the three arrangements are great. Shiro Hamaguchi's orchestration of the Main Theme is truly beautiful, emphasising all the multifaceted qualities of the original theme with even greater intensity than the original. It stays close to the original, but makes it altogether more sumptuous musically and dramatic emotionally, doing exactly what was needed in a way that will satisfy all fans. "Aerith's Theme" is also arranged beautifully, emphasising the original's melodic beauty while providing an array of colourful orchestration that symbolises hope and sadness. Yet then there's "One Winged Angel (Orchestra Version)," which is a massive letdown even to those that don't think the original theme is overhyped. Not only is it shorter than the original, cutting a few integral sections, but is also chaotic and clumsy due to effective yet simple transitions from the original being unnecessarily changed. Further, some of the atmosphere of the original is lost, partly because the performance, meaning it's neither as powerful nor awe-inspiring. The whole arrangement is just a mess and, while it may have most of the features that made the original so inspiring and enjoyable, it lacks the same level of refinement. Compare this to the original or Kenichiro Fukui's arrangement of the theme for the Final Fantasy VII Advent Children Original Soundtrack and it definitely pales.

Final Fantasy VII + Orchestra is a funny thing. Fans have demanded orchestral arrangements for so long in an album equivalent to Final Fantasy VIII Fithos Lusec Wecos Vinosec but have been constantly ignored, despite these three arrangements and an orchestral concert version of the Opening theme being made. Fans have had FFVII + rock, FFVII + piano, and FFVII + whatever the crap Advent Children was supposed to be, but not even with Square Enix's recent obsession with making FFVII spin-offs have brought the long-desired album. Shiro Hamaguchi's recent absence at university, just like his tight schedule when the Reunion Tracks were being made, is the explanation. Yet there are many other good orchestrators out there and "Cid's Theme," "Anxious Heart," "Judgement Day," "Cosmo Canyon," and many others are just begging for orchestration. Fortunately, the obvious lack of FFVII arrangements out there has meant many other albums have featured the Reunion Tracks' arrangements, including the compilation album S Generation (which is a good buy for the most casual of fans) and More Friends, an excellently performed concert album featuring both the opening theme and Aerith's theme. While the Main Theme isn't quite as readily available, there should be relatively little need to buy this album for the three orchestral tracks alone. It just isn't worth it.

Though its overall quality isn't bad and two of the orchestrations are classics, the lack of material on the Reunion Tracks, both as an orchestral album and as a representative 'best of' collection, makes it a lousy purchase for most who enjoyed Final Fantasy VII's score. Save your money for the Final Fantasy VII Original Soundtrack or the More Friends CD instead.

There is a hidden track located between -4:25 and 0:00 of the first track on the disc. It features an instrumental version of the orchestrated version of 'One-Winged Angel'.
Album was composed by Нобуо Уэмацу and was released on October 22, 1997. Soundtrack consists of 19 tracks tracks with duration over more than hour. Album was released by DigiCube.