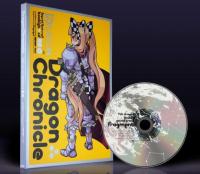 This small promotional album was released with pre-orders for the game in Japan. It offers a glimpse into how Koshiro originally thought about composing for the game, though it's quite a limited production otherwise. It only comprises five themes, each of which are labelled outtakes. In these tracks, there is a mixture of orchestral and synth soundscapes.

"Outtake #1" is a regal orchestral theme that reminds me a bit of Dragon Quest with its use of woodwinds and harpsichord. It features a beautiful melody and is probably one of the better themes. In contrast, the second outtake has a very calypso feel with its Latin jazz rhythms. From what I've gathered from looking at the games, I don't really think this is a good fit for game, even if might have fitted in a particular location. However, it is a pretty interesting composition nevertheless and a little reminescent of Koshiro's Super Adventure Island work.

The third theme sounds like like it could be a rejected battle theme. I actually thank Koshiro for rejecting this one. While it is a decent composition, I really don't think this really has a battle energy. It's got some nice synthy soundscapes and is a good composition on its own, yet again, I don't think it's a good fit for the game. It's still a pretty big highlight on a stand-alone basis and actually the longest track on the album too — coming in at three minutes rather than the usual one or two.

"Outtake #5" and "Outtake #5" also sound like orchestral battle themes to me. The former is actually quite impressive and, if Koshiro decided to use this one, I'd have been happy with it. It definitely has an epic heroic sound while also seems to harbor a sinister atmosphere. The last theme is definitely more chaotic in sound. The percussion and string work is what really makes this theme shine and it's another fantastic out take. I've heard the game rip and some of his orchestral battle themes on there are better than these, so I can't really complain.

I wouldn't really recommend picking this up. It came with a pre-order bonus for the game and if you had to get it on Yahoo Japan Auctions or eBay, it wouldn't really be worth the price. The compositions themselves are mostly good and varied despite being outtakes. It's clear they were rejected more for how they might not fit the game rather than because of significant compositional deficits. However, there is bound to be much more even better themes on the 7th Dragon Original Soundtrack and I'd definitely recommend getting that over this.

Pre-order bonus.
Album was composed by Юдзо Косиро and was released on March 05, 2009. Soundtrack consists of tracks with duration over . Album was released by Sega. 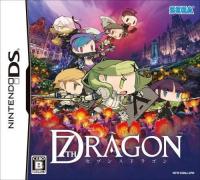