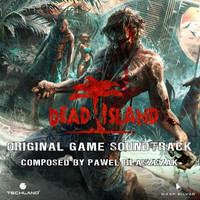 Despite its bugs, Dead Island provided an entertaining twist on zombie games and proved one of the biggest hits of 2011. Developer Techland's in-house musician, Pawel Blaszczak, unsurprisingly served as the composer for the title. Following his humble melodies on Call of Juarez and the epic bombast of The Cartel, the composer once again adapted his composing style to fit the scenario of a zombie outbreak on a tropical island. In doing so, he hybridises many archetypes of horror scores while giving Dead Island a voice of its own...

"Main Theme" begins the soundtrack in a suitably moody manner. Blaszczak sets the scene by fusing acoustic guitar chords with eerie piano lines and shuffling electronic tones. As the composition develops, the timbres become even more hybridised, but the rhythms remain as tense and the chord suspensions as unresolved as when the composition began. In this regard, the composition effectively immerses gamers into the horror scenario, while describing the ominous but beautiful fictional island of Banoi where the game takes place. And while hardly as melodic as his Call of Juarez work, it still contains some hooks to latch on to and emanates a cool aura from start to finish. These ideas are explored further in "Damned Places", essentially a more fast-paced and orchestrated variation. Given this track is played extensively during act one of the game, it's an ideal way to push gamers into action, while continuing the narrative.

Tracks such as "Surrounded by Zombies" and "Dead Water" emphasise early on that Silent Hill fans are bound to love this soundtrack. While they're not as lyrical as Akira Yamaoka's work, they're just as experimental and atmospheric. The latter sounds especially eerie with its distorted sound effects, overblown woodwind ululations, and other weird noises, yet the contemporary industrial influence of the main theme still shines through with the bass guitar line. While there are many such themes in this score, perhaps the most extreme is "Fight 08" with its grinding sound effects and loud distorted introduction. Many will feel alienated by such music out of context and argue this is noise, not music. But it is so effective in the game and it's also potentially fascinating on the soundtrack release. "Fight 09" is also noteworthy for the way it channels influences from classic ghost movies, complete with sounds reminiscent of flies flying around rotten flesh.

Sadly, this digital soundtrack release is only a sampling of the full experience and some of the other fight themes, in addition to plenty of ambient scene-setters, are not featured here. But the selections included are generally the best from the game and ensure that the experience remains an entertaining one throughout. In addition to the experiments with ambient noise, there are some more urgent action themes reminiscent of Hollywood. For example, "They're Coming" prepares gamers for action with its pulsing orchestration and repeating sequences, while "Ram Attack" mixes frantic brass, pounding percussions, and sharp strings to create a very traditional suspense experience. "Fight Afran" is a little disappointing due to its brevity, but is perfectly paced for a crucial encounter and focuses on ethnic percussion to reflect the exotic location of the conflict.

After hearing the music by Giles Lamb for the game's critically acclaimed debut trailer, many listeners expected some despairing themes on the game. While these tracks definitely take a backseat to the dark ambience, there are some sad piano-based themes on the game. Almost reminiscent of Resident Evil's save room themes, "Lifeguard Theme (Piano)" provides temporary relief for listeners with its slow pace and emotional melodies. "Mechanic" and "Leaving Banoi" are also notable for the way they incorporate richer string sections above the piano parts, giving a more balanced and relieving sound. Used at the end of the game, the latter sounds especially personal through its incorporation of light wordless vocals and it develops into a rather soothing orchestration. Yet the ominous conclusion emphasises that the experience might not be over quite yet, just like in most classic horror scores.

This soundtrack blends all sorts of ideas, forces, and styles in a rich way. There's the psychological ambient themes of Silent Hill, the emotional cinematic cues of Resident Evil, and the industrialised orchestrated action of Hollywood all to be found here. But while something of a hotchpotch, the whole experience seems to fit a zombie-infested tropical island and the whole soundtrack radiates a cool contemporary feel. Overall, Pawel has done an absolutely brilliant job of creating the sounds and melodies required for a distinct zombie game. Those that enjoy horror music, even outside the game, are advised to purchase this digital soundtrack release.

Album was composed by Павел Блащак and was released on September 21, 2011. Soundtrack consists of 43 tracks tracks with duration over more than hour. Album was released by Pawel Blaszczak. 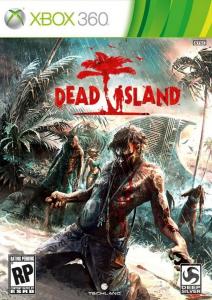 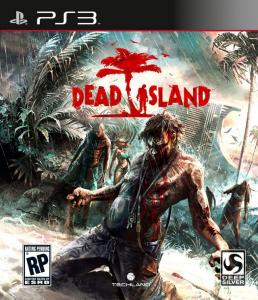