The Very Best of SEGA 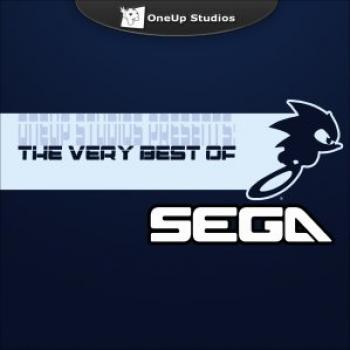 Very Best of SEGA, The
Front

At the time of its release, The Very Best of Sega was highly anticipated by video game music fans, since Sega's rival Nintendo has clearly dominated the game remix scene over the years. When it was released in the Spring of 2004, many reviewers rated it highly, believing it to be a worthy addition to anyone's game music collection. I, however, respectfully disagree. While my opinion will obviously be lower given that sequencing technology has significantly improved in the past half-decade, much of the music OneUp Studios has produced on this album is dull and repetitive. Rather than being called a game "remix" album, this should be called more of an "original soundtrack," except that many songs have been extended to twice their length with drumbeat filler. With a few exceptions, the tracks are slow-developing and repetitive. While trance addicts and Sega fans will be pleased with this album, most listeners will simply find themselves bored.

Composers of Mega Drive music were limited by the primitive FM sound chip, and while core melodies were often spectacular, songs were often restricted in length or polyphony. Most video game remixers work around this issue by adding instruments or changing the melody around enough so that the song is up to the standards of current game systems. OneUp Studios, the producer of this collection, went so far as to license the songs directly from Sega, with the license terms stating that the arrangements could not stray too far from the originals. It seems peculiar that such licensing was necessary, considering that OneUp Studios recently released Chronotorious, an album remixing the intellectual property of Square Enix — a company that aggressively protects its copyrights — without any licensing. Whatever the reason, the licensing terms are perhaps the core hinderence of the album, because the faithfully "arranged" music here is simply unimaginative.

The Very Best of Sega begins with the trance-like "Go Straight" from Yuzo Koshiro's Streets of Rage. This remix shows its age at the time this review was written, five years after the album was released. Everything about this track sounds aseptic and fake, but the remix moves along well enough that the dated samples didn't bother me that much. However, in a shape of things to come, this track ebbs and flows, with periods of instrumental complexity followed by times when just a few beats are filling the listener's ears. The pattern removes the listener from the music, making them grow impatient for something to start happening. At least half of the album's tracks are affected by this lacking of instrumentation at critical times, which significantly detracted from my enjoyment.

Fortunately, there are a few saving graces. In particular, the RPG tracks stand out as worthy listens. The "Main Theme" from Panzer Dragoon is a good arrangement of a strong source. The Skies of Arcadia suite is excellent take on what is perhaps one of the most original RPGs of all time, although with one movement weighing in at just 91 seconds and another just 25 seconds longer, it's hard to call the three tracks a "suite". "The End of the Millennium", from the Phantasy Star series, is enhanced with a pounding beat and a changeup in instrumentation from its original. I was much more impressed by the RPG themes on this album than with the non-RPG music.

Also worth mentioning is "Sonic Boom". This vocal track that starts out with promise, but quickly repeats itself over and over and over again. Did I mention that it repeats itself? After some good lyrics in the first verse, the vocals are reduced to singing the two words "Sonic Boom" over and over, a total of 30 times throughout the 3-minute song. And at about 1 minute and 45 seconds, the instrumentation simply dies, not picking up again for a full 45 seconds. Couldn't OneUp Studios come up with any other words than "Sonic Boom" to sing for the last two minutes of the track?

After being bothered for a while, I finally figured out what the core problem with this album is: track choice. It's possible for talented artists to make something great out of poor source material, but the licensing agreement that OneUp signed prohibited them from doing anything interesting with the less-than-ideal tracks they did select. Many of these pieces were Mega Drive melodies, often barely a minute long. It's no wonder that most of the arrangements here start out well, and then are reduced to repetition and filler after the initial melody is exhausted. If they wanted to stay faithful to the originals, then why not choose stuff that's already great? What happened to "Shenmue" or "Shenhua" from the beautifully orchestrated score of the Dreamcast classic Shenmue? Or how about "Despair and Hope" from Grandia II, which stands by itself as a masterpiece? The Sega lineup has just as much great music as does the more well-known Nintendo collection, but the group simply chose the wrong music.

To summarise, OneUp Studios ruined this album by choosing songs that simply aren't worth remixing. There are many free remix albums that are clearly superior. Acquire it if you're an absolutely ravid Sega fan; otherwise, this one isn't worth your time.