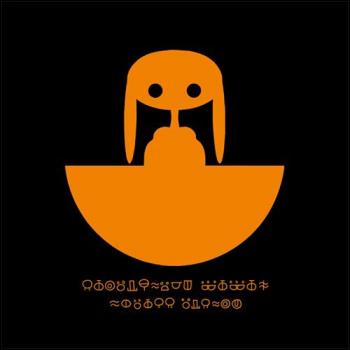 Shortly after the disbandment of The Black Mages, Nobuo Uematsu formed a new band, the Earthbound Papas. Whereas The Black Mages were a rock band devoted to releasing albums of Final Fantasy music arranged in a hard rock style, the Earthbound Papas will be offering both covers and originals in their work, from Final Fantasy and beyond. Now the band has performed at several live events, they have finally released their debut album octave Theory. It contains several arrangements of Uematsu's newer work, a couple of Final Fantasy classics, and several original tracks. Does this album portend an exciting future for the newly established group?

The album opens curiously, with a whimsical arrangement of selections from Tchaikovsky's Marche Slave. Of course, this simplification cannot compare to the original piece, though the inclusion sets a very intriguing tone as "Introduction ~ Octopus Theory" glides into its second half. Here, a more familiar rock tone is established as Emi Evans of freesscape provides vocals in a fictional language. The words are childish, though delightfully so, and the music complements the spoken word effectively. The vocals soon end, leaving the rest of the track to the guitars and percussion, which paint a nice, rock based introduction to the album. It's an effective start and, though the contrast between the two halves of the piece is curious, it seems fitting for a concept album of sorts.

"Liberi Fatali" and "Advent: One Winged Angel" are mainstays of the Final Fantasy franchise and some of the most well known pieces of Uematsu, so it's appropriate and not terribly surprising that they're both featured. The former starts off slow, with a spacey sort of synth sound, in line with the progressive influence of the album. It then introduces an electric guitar and bass, and then finally the vocals, which are softer than the original, considering the smaller scale. Unlike the orchestrated original, this version is synth heavy, lending a new feel to the piece. It's exactly the sort of reboot the now overused piece needs, and while it might not be superior to the original, the sound is fresh and worth a listen.

Similar remarks could be said about the following track, "Advent: One Winged Angel". However, considering the piece already received a respectable heavy rock variation with the original "Advent," this arrangement sounds a bit too much like a retread of that. It'll still be very popular with most casual fans, though. Guin Saga's "Thread of Fate" also gets an arrangement on the album. The track opens with an instrumental section that is every bit as stirring as the orchestrated original, before the percussion and guitars kick in. The arrangement on this piece is superb, and its delicate nature is expertly maintained amongst the grungy instruments used.

Two newer battle themes are also featured: Blue Dragon's "Eternity" and Lost Odyssey's "Bo-Kon-Ho-Ko," a retitling of "Howl of the Departed." Japanese vocals provided by Yasuo Sasai are just about the only easily noticeable change to "Eternity," though on closer inspection this version has a richer sound to it than the original, as well as new solos. The lack of full choir is felt in "Bo-Kon-Ho-Ko," particularly in its opening minute, though this allows for a more personal feel. The track overall feels lighter than its original, for better or for worse, though it lacks a certain oomph that "Howl of the Departed" possessed, causing it to feel far less climactic and lessening its impact.

There are three more original pieces on the album. "Metal Hypnotized" is hit and miss throughout its playtime, featuring slow parts that are somewhat tedious and faster sections that are head-bobbingly infectious. Overall it's quite a capable piece, though it lacks a catchy melody. "The Forest of a Thousand Years" features a gentle opening, thanks to the cello and gentle synth melody that's quite indicative of the composer. The percussion and bass are soon introduced and the resultant piece is quite nostalgic and enjoyable. It's a fitting project for Uematsu's local green project and a solid inclusion to this multifaceted album.

The album closes with another original composition, "Homecoming". here one can easily hear traces of Yoshitaka Hirota, the track's arranger, in the bizarre synth and percussion. Emi Evans once again lends her voice and fictional language, which leads off this repetitious though enjoyable piece into its closing silence. There is disappointingly little interesting material in this track, though it's effective to close the album with.

Overall, this album is a bit hit and miss. Some arrangements, such as "Liberi Fatali" and "Thread of Fate" are superb and lend a new life to their already fantastic originals. Others, such as "Advent: One Winged Angel" and "Eternity," feel less necessary but will appeal to casual fans. The original tracks fare likewise, with "Metal Hypnotized" being lackluster and "The Forest of a Thousand Years" sounding blissful. Still, the overall product is an accomplished one that shouldn't be missed by fans of the composer. It's got a reasonably short length, but compensates with a range of source material and arrangement styles. There's certainly a bright future ahead for the Earthbound Papas.

Three years have passed since The Black Mages completed their last album Darkness and Starlight and, although the group quietly disbanded two years after its release, many fans still eagerly await their next project. Octave Theory is not this project, although Michio Okamiya and Arata Hanyuda both return to collaborate with Nobuo Uematsu from The Black Mages. Tsutomu Narita, recruited for his orchestral arrangements, and Yoshitaka Hirota, recruited for his darker, more intense personality and howling vocals, round out the roster of Earthbound Papas and their influence on the direction of the band is clear.

What isn't clear is whether fans are prepared to bid farewell to The Black Mages and accept Earthbound Papas for who and what they are. After listening to their debut album Octave Theory, it is safe to say that the new sound of the band will have no trouble winning over fans of The Black Mages while simultaneously appealing to a wider audience with its impressive range of sounds and styles.

The tracks of Octave Theory can be divided into three broad categories: original compositions, Final Fantasy favorites, and works from projects Uematsu has worked on after leaving Square Enix. Despite being only nine tracks long, Octave Theory plays for an impressive 49 minutes with the shortest track ("Homecoming") running 3:35. The duration of the album and average track length are good indicators of the complexity of each arrangement on Octave Theory.

"Octopus Theory", the album opener, begins with a goofy and enjoyable orchestral movement showing Narita's non-rock influence from the start. The piece then moves into a more familiar rock sound featuring trippy, staccato female vocals not unlike those of Switchblade Symphony's Tina Root or Rasputina's Melora Creager — an indication of the goth rock feel that many tracks on the album are imbued with. Taken almost as an overture, "Octopus Theory" acts as a microcosm of what to expect from Earthbound Papas: hard rock, orchestra, goth rock, and everything in between.

Uematsu's decades of involvement in Final Fantasy are represented by "Liberi Fatali" and "Advent: One-Winged Angel" both of which are presented with darker, more visceral arrangements. Final Fantasy VIII's "Liberi Fatali" begins with a gritty bass and guitar work reminiscent of late 1980's Metallica, although Uematsu's contribution on the organ brings fans a more familiar sound. The vocals are as haunting and powerful as ever, and post-production mixing adds an otherworldly quality to them which serves the omininous arrangement nicely.

"Thread of Fate" from Guin Saga is every bit as tender and pensive of an arrangement as the previous two are rough and gritty. The harp and flute introduction establish the theme which is soon transformed into a hard rock power ballad which manages to preserve the overall feel of the piece without running away with it. Fans of The Black Mages will find this to be the most similar track to their style present on Octave Theory.

Lost Odyssey's "Bo-Kon-Ho-Ko" stays faithful to the soundtrack arrangement by opening with a slightly abrasive vocal and organ phrase that tones down after a key change before opening up into a wailing guitar arrangement underneath of choral-style vocals. As one of Uematsu's more rock-driven compositions, it is not a surprise that "Bo-Kon-Ho-Ko" stands out as the most epic, sweeping and guitar-driven arrangements on Octave Theory. Blue Dragon's "Eternity" is perhaps the heaviest (and loudest) track on the album. The screaming guitar introduction and screaming, well... screaming... alerts the listener that they are in for a completely new experience with Earthbound Papas and I wouldn't have it any other way for this track. The rock band feel is quite excellent and it clips by at a fast and frantic pace with the ending guitar solo recalling, and challenging, the excellence of Yngwie Malmsteen.

What remains on the album are four original, non-VGM tracks arranged by Tsutomu Narita and Yoshitaka Hirota. "Metal Hypnotized" is purely instrumental and features Uetmatsu's keyboard work prominently above shred guitar interludes. The track mellows into a surreal acid-rock section before finishing strong and hard with the requisite brief guitar solo over a sustained ending chord. "The Forest of Thousand Years" stands out as the quietest, most ambient piece on the album with Freescape's Emi Evans lending her cello to the track. Similar to the power ballad feel of "Thread of Fate", "Forest of Thousand Years" slows the pace of the album down considerably but provides a welcome counterpoint to the more aggressive songs on the album.

"Homecoming", the final track fits somewhere between the faster and slower tracks, opening with a tribal drum rhythm with the distorted, sing-songy female vocals (this time, sounding like from "Octopus Theory" leading into long guitar solos equally heavy on distortion.

At the conclusion of a recent interview, Nobuo Uematsu commented that "...usually video game music is composed by one composer, but now one rock band will be able to compose video game music: the Earthbound Papas." and the arrangement of songs on Octave Theory show this direction clearly. While the album suffers from a lack of thematic cohesion, it demonstrates the musical range of Earthbound Papas perfectly. In this sense, Octave Theory plays like a demonstration of the range that the band is capable of covering, perhaps in an attempt to convince a developer that a rock band is capable of composing a major videogame soundtrack.

Octave Theory shows that Uematsu has managed to assemble a versatile group of musicians equally comfortable and proficient in 1960's classic rock, classical orchestral arrangements, heavy metal guitar riffs, and goth/industrial rock. While I cannot imagine a game that would call for all of these elements on the soundtrack, I know that only the Earthbound Papas could deliver a score that would sound anywhere near as good as Octave Theory does.

All music written by Nobuo Uematsu
except "Introduction" (excerpts from Marche Slave Op.31 by P.Tchaikovsky)