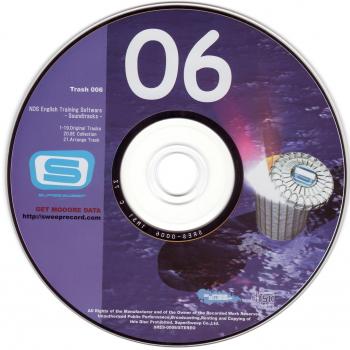 Trash 006 continues the series of CDs that contain music for smaller projects from Supersweep. This game, featuring contributions from Yousuke Yasui and a few others contains music for a Nintendo DS English Training game. Is this one worth picking up?

While the majority of the soundtrack is composed by Yousuke Yasui, a number of the more substantive themes are composed by Teruo Taniguchi, Kazuhiro Kobayashi, and Shoichiro Sakamoto. Their themes are of a very playful melody, which is usually on the catchy side. Unfortunately, I didn't really find too many to stand out amongst the crowd. They are, for the most part, pretty decent.

Yousuke Yasui composes the majority of the soundtrack, but again, that's a bit of a misnomer. Many of Yasui's contributions are extremely short ditties, mainly serving as little jingles. His two most substantive contributions on the soundtrack though, "Counter Strike" and "Opposing Force", are definitely the strongest on the entire soundtrack. "Opposing Force" features a slightly chaotic sound that one would expect from a boss theme, but it manages to be catchy without really sacrificing the melody. It's not the strongest theme on here, but I think it serves it's purpose well.

"Counter Strike," which serves as the stage theme for the game, reminds me a lot of his work on Mamoru Has Been Cursed! soundtrack. There are two versions, one with a more upgraded sound and one with a more chiptune like sound. Extremely bubbly and featuring a strong melody, this theme is quite engaging and probably the best thing on the album. The use of an arranged version was a nice touch.

Album was composed by Kazuhiro Kobayashi / Сёитиро Сакамото / Тэруо Танигути / Yousuke Yasui and was released on December 29, 2007. Soundtrack consists of 21 tracks tracks with duration over about 25 minutes. Album was released by SuperSweep. 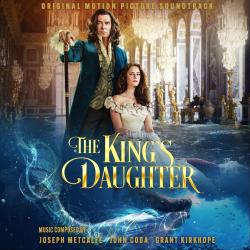