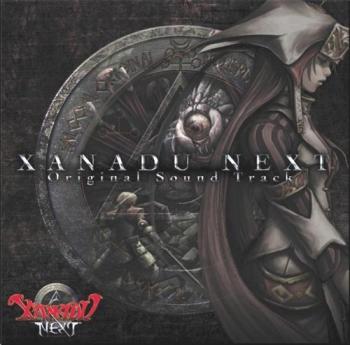 In 2006, Falcom decided to revive their Xanadu franchise with the PC and N-Gage title Xanadu Next. Over 20 years had passed since the company produced the original Xanadu, so the game was able to offer a lot more graphically and musically than its prototype. The soundtrack was a particular highlight, blending arrangements of the series' main theme with a range of new organic-flavoured compositions. Let's take a closer look...

A large portion of the original score revolves around "La Valse Pour Xanadu", a haunting waltz featured in the original Xanadu. Many will regard the repetition of a theme, particularly an old one, as a sign of lack of inspiration from the Falcom Sound Team J.D.K. However, the melody is such an iconic and fitting part of the Xanadu franchise that it is actually probably a worthy main theme for Xanadu Next. Thankfully, the sound team arrange the melody in highly inspired ways. For example, Yukihiro Jindo's opener is a full-blown cinematic interpretation of the theme featuring dramatic orchestra and chorus that brings the franchise's music into the modern age. Other interpretations range from the dainty organic field theme, the rasping brassy battle theme, and the low-key event theme.

Away from the main theme, there are plenty of high quality original compositions on the soundtrack. Setting themes such as "Harlech" and "The Treacherous Woods" continue Falcom's recent tradition of crafting emotional organic themes reminiscent of Yasunori Mitsuda's. Dungeon themes such as "The Eternal Maze", "Xanadu Labyrinth", and "Clover Ruins" enhance the mysticism of the game with their beautiful soundscaping and masterful synthesis. Perhaps the most impacting of all the themes, however, are the full-blown marches like "Bump in the Road" or the bombastic choral themes "Devil Advent" that occur at the climax. The former is especially dazzling with its piano runs and dynamic orchestration.

Unlike most Falcom soundtracks, rock elements are largely rejected. In fact, the closest the first 45 minutes of the soundtrack come to rocking is in the drum-heavy opening of "The One". Still, Falcom give their old-time fans what they want in the exceptionally well-produced final battle theme, "Evildoer", complete of course with extravagant guitar work. The storyline is rounded off with two choral arrangements of the secondary theme for the game, "Two Love". Falcom also offer a pop ballad in "White Lack in Back", but it's quite different to mainstream J-Pop due to Ayako Shibazaki's whispering vocals and the haunting minimalistic instrumentals. While it could have been a very artistic achievement, the English pronunciation is often just too awkward to be enjoyed.

Overall, the Xanadu Next Original Soundtrack will be a treat for those who enjoy the works on the new Falcom Sound Team J.D.K. It has more in common with The Legend of Heroes VI: Sora no Kiseki than Ys Origin, given its mature tone and organic focus. However, the mystical feel of the franchise's music is still maintained and there are also treats for those who enjoy Falcom's rock and vocal themes. Overall, a highly recommended purchase for Falcom collectors.