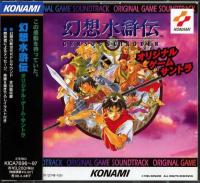 The score to Konami's flagship PlayStation RPG Suikoden was an exceptional achievement musically and technologically when published in 1996. Hybridising influences from a range of eras and regions, the score created a distinct sound for the game's environment. Crafted by Konami's venerable sound team, Miki Higashino and Tappi Iwase are the major composers, but Hiroshi Tamawari, Hirofumi Taniguchi, and Mayuko Kagesita also make a few contributions each. Let's take a closer look...

"A World of Illusions" is the impressive orchestral main theme for Suikoden. As expectations rise when the game's 'Konami Presents' text is presented, the theme is similarly full of tension. Soon the theme's buoyant harmonic line is introduced as a selection of scenes from the game begin to be shown. The main melody, introduced on strings after considerable fanfare, is gorgeously shaped and perfectly captures the ethos of the Suikoden series. Miki Higashino's orchestration is competently executed — it's direct and melodic but skilfully decorated with exotic percussion, trumpet fanfares, harp arpeggios, all sorts of flourishes, and the all important bassline. The buildup and development here so fluid and dynamic, while the unresolved ending brings plenty of suspense for the story. The track receives several renditions during the soundtrack, ranging from an evocative solo on acoustic guitar, to a fragmented multifaceted arrangement for the overworld, to a glorious military arrangement to celebrate victory.

In addition to the main theme, numerous other trademarks for the series are introduced here. They include the "Beginning Theme" for the name entry screen, a twist on a conventional military march with its jovial orchestration and infectious motifs. "Theme of Sadness" meanwhile provides some of the deeper moments of the soundtrack with its pensive melody. It is present in two variations, a guitar solo performed by Motoaki Furukawa and a fully orchestrated version, both of which have more depth than the average sad RPG theme. "Theme of a Moonlit Night" is also introduced here and won't easily be forgotten by soundtrack listeners and game players alike. Most will find this track so nostalgic to revisit all these years on. The less substantial but equally memorable "Narcy's Theme" makes an entrance here as well, paired with two other dance tunes, and captures the beauty and arrogance of the character.

Tappi Iwase's "Beautiful Golden City" for the first town introduces a upbeat folk influence to the soundtrack. The instrumentation sounds so authentic and rivals even Chrono Cross' best. "Gathering of Warriors" is another an encompassing track that captures the overall upbeat and ethnic feel of the soundtrack. These influences continue in "Rock Rockland" and "Eternal Flow" for different towns and villages. Each time, there is a fresh hook to keep listeners entertained and some specific features to represent the setting. Antei's "Peaceful People" also stands out as one of the most likeable themes here. It's interesting how the infectious violin and clarinet motifs soon become dominant here, overcoming the malevolent influence of the opening chants and tribal rhythms. The rich timbral contrasts make for great listening. "Forgotten Days" offers the listener a mesmerising experience too, with traditional Asian instruments, predominantly flutes, painting such vivid and somewhat verdurous scenery.

"Royal Palace Consultation" captures the tone of the Gregminster Palace well. This pastiche is reminiscent of Baroque courtroom music with its elegant chamber orchestration and harpsichord continuo. But once again, emphasis is placed on strong melodies and atmospheric development to draw listeners into the experience. "Eternal Empire" also has a regal tone, but is dominated more by bombastic brass elements. The softer sections, comprised mainly of strings and woodwinds, certainly enhance the experience though. "Inside the Silence" is a minimalistic temple theme. Faturing an ethnic flute playing against the occasional percussion instrument and the sound of running water, it's very effective in context. On a stand-alone basis, some will perceive it as simply boring, others a curious oriental experience. Even more striking is "Passacaria" for Neclord's Castle, a gothic fugue featuring tremendous use of counterpoint. In addition to being technically impressive, it brings such a dark atmosphere to the game.

Journeying outdoors, "Black Forest" brings so much drama to one of the game's earliest settings. There is a definite Slavonic influence in the instrumentation with the tragic melodies and martial rhythms. Inspired by French impressionism, "Mysterious Forest" evokes a sense of mysticism with its contrast between an expressive oboe line and a lulling repeating harmony. The theme takes a more passionate direction after a fermata, as both forces are explored more thoroughly, giving a sense of entering deeper into the forest. With its powerful flute solos and earthy percussion work, "Distant Mountain" is a track which paints imagery of a mountainous landscape as soon as you hear it, while . "Penpe" also brings plenty of mood to the game's dungeon screens with its incorporation of spooky sound effects and abstract percussive features throughout.

Compared with the setting themes, the action tracks here are also enjoyable. The main battle theme "Confrontation with Monsters" definitely captures the transition to battle well with its heavier orchestration and militaristic rhythms. The contrasts between the more heroic and dark sections certainly captures the drama of the on-screen battle while entertaining stand-alone listeners. "Theme of Tension" channels influences from avant-garde composers to offer a range of dark and unpredictable sounds. It is one of the most repetitive and least melodic pieces on the soundtrack, but has a substantial effect in context. It also receives a more impacting arrangement on the second disc. "Intrusion" delivers a constant sneaky, suspicious atmosphere, which doesn't change even when the dynamics grow and when new instruments are brought into the mix, while "This is Just a Rumor" loses its effect somewhat out of context due to its repetitious basis.

The headquarters themes "Island Fortress" and "Glorious Island Fortress" set the bar high for the rest of the series. In contrast to many of the other themes in the latter half, these tracks are light-hearted and fun, spruced with cheerful flute melodies and other flourishes. The duel theme "Tense Crisis" is based on similar elements, but takes a much more menacing approach with its dense strings and dissonant brass. The war theme "Collision!" further displays the team's strength in modernist orchestration. It's interesting how the contrasts of the dark dissonant segments with the main theme reprises capture both sides of the battle. The other two war themes are also effective, especially "Theme of the Advancing Army" with its formidable yet delightful bugel fanfares. "An Old Irish Song" for the Dragon Knights' Fortress stands as one of the final highlights of the soundtrack. The relaxed tone of the melody and the laid-back usage of the instruments really makes you imagine what living in such a serene place would be like.

"Ultimate Enemy" is used as the final boss theme. Rather than go for another full-throttle orchestration, Higashino takes a mor ambient approach similar to Mitsuda's themes. The track makes a grand entrance with its military staples and rises to an emotional climax, but the development is more focused on building tension. "Avertuneiro Antes Lance Mao ~After the Battle~" is the pinnacle of the soundtrack in emotional terms. Blooming from its opening melody into an incredbly hopeful orchestration, the track also captures some more tender feelings with its subdued vocals. The latter half of the track is even more prominent, with a mixed chorus taking the track towards a courageous and celestial conclusion. Highly recommended. There are also a handful of bonus tracks at the end of the soundtrack, mostly used for mini-games and other bonuses. They're generally entertaining, but too transient to recommend.

Miki Higashino and Tappi Iwase's soundtrack to Suikoden is highly impressive. It set the precedent for the rest of the series with its emotional orchestrations and ethnic writing, while introducing potent melodic material such as "Into the World of Illusions", "Theme of a Moonlit Night", and "Theme of Sadness". It manages to be exceptionally diverse without being tangential and is thoroughly well-developed throughout. While not the longest Suikoden soundtrack, it is the most consistent and influential. The soundtrack's presentation is all-round excellent and the final purchase is highly recommended. 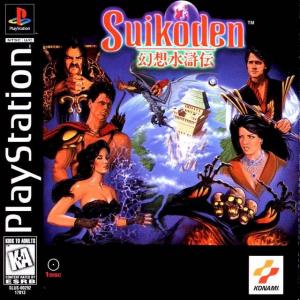