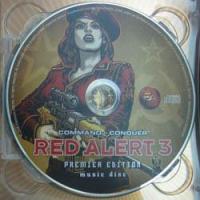 I was sitting on an armored Apocalypse tank and smoking «Kazbek», admiring the beautiful sunset over my motherland’s seas. Gee, these new tanks pure shit! You can’t rest on the slippery side more than for one smoke, your ass starts aching. Anyway, soon we should have taken seats in a stinky «ZIL» and gone watching over the outskirts of Vladivostok.

Since the time our motherland made a jump in time, almost all the sheep dogs, with which we used to while away the time in patrol, were replaced by cyborg bears. I don’t know, what design office made them, but those guys were definitely lost their minds. You can’t talk with that bear, you can’t even stroke it. I pulled up my АК-47 and loaded «Soviet March» into my iPod (a Paris trophy) and I was on my way to a rally point, when suddenly the Red Alert swished the coast of a peaceful sea haven...

The soundtrack of Red Alert 3 appeared to be an extremely interesting thing to prepare. The very fact that the founder of the musical style of a series was involved in the work at the last stage of the creation of the disc, already gives criticism chance to raze to the ground the work due to the obvious fanboyishness. Though people sitting here writing reviews are not fanboys, they still remember the sad experience of C&C 3 too well. Thus, three people worked above the sound track: Frank Klepacki, James Hannigan & Timothy Wynn. And if the first one doesn’t need any presentation at all, the last two should be presented to public. Hannigan was previously noted for an outstanding work in a cosmosim masterpiece Freelancer and great work on Republic: The Revolution. Wynn is famous by a middling work for a console WarHawk (yes, there was music in fact). This trio raised remarkable and not-so-remarkable tracks, but they surely raised a whole bunch of them.

Soviet March opens the album, and it is meant to be the main theme of a renewed Red Alert. One wouldn’t have the heart to call it a march (you won’t be able to march in step with it), but it’s more than worthy to be the main theme. The mix of tsarist days symphonies and soviet marches together with a strong chorus (like the State Ensemble of the Bolshoi Theatre of USSR chorus) makes you strain from the grandeur of the nonexistent motherland. Strikes to the marrow. Right after the symphonic march comes an industrial one – a real march, which is also a real theme of the series - Hell March 3. If someone actually gained strength during this downtime, that will be this march (unlike the game itself). Klepacki’s orchestral fun and frolic left a most pleasant impression on HM3. Here are the heaviest reefs, the famous phrase, the electronic passages, the strong chorus, underlining the unbelievable drive and epos of the composition.

Generally, the theme – the best for playing, the best on the disc. I should mention the giant amount of remakes in the album. The first two HM and a nice second revision of Grinder could actually give it a chance of being appreciated... But let’s move on. The most interesting of non-Klepacki’s themes, besides “Soviet march” - the music, written for the Japanese. In fact, all Japanese tracks tend to be leisurely electronic and chip-tunic, which is unexpressed in general eclecticism. Gets you worked up, yeah, but strongly resembles music of the house”Ordos” from Emperor. But generally it’s fine.

All the remaining compositions pull the disc down, since a couple of tracks are clearly not enough. All the ambient to-the-picture trash and in-game melodies hardly can be listened to separately from the game, and even in the game they don’t create the drive and the atmosphere needed. It’s simply the wrong tempo. And give it a thought – ambient and Red Alert series... Yeah, I feel sad, too.

To sum up, we can tell we’ve been cheated. Makings of a brilliant symphonic are suppressed without a trace with a hammered-out ambient. And five good tracks out of forty-four just won’t do, especially taking to consideration that part of them are remakes of good old themes. Who is to blame? We’ll never hear the answer to this question. I would have never told of RA, that it’s a “seven”. But I have to now.

P.S. KGB will come for me in a minute. Farewell, comrades!

Command & Conquer: Red Alert 3 revived the enormously popular Red Alert franchise after a seven year absence. Electronic Arts went all-out with the music for the game, bringing back cult icon Frank Klepacki to the series, while letting Tim Wynn and James Hannigan handle the more serious material. The resultant soundtrack was probably the most diverse of the series, blending the series' characteristic hard rock focus with modern cinematic orchestration, dramatic gothic choruses, traditional Japanese influences, occasional electronic beats, and even some exceptional novelties. A one disc soundtrack was released with the Premier Edition of the game, which this review will focus on, though a two disc commercial release was intended for 2009.

One of the big draws of Red Alert 3 was the return of Frank Klepacki to the series. While he only contributes a few tracks, they're each very memorable and entertaining. "Hell March 3" is the most over-the-top rendition of the series' iconic theme, blending orchestral, choral, and electronic elements with Klepacki's own hard rock guitar work. The result is so strange and addictive, though note that the live interpretation at Games in Concert 3 was even better. "Grinder 2" is a complete transformation of the Red Alert 2 original with its epic orchestral and Russian chorus elements. They work wonderfully with the remaining rhythm guitar riffs and electronic elements to create a more vicious theme than ever. For the expansion Uprising, Klepacki also contributed the original composition "The Red Menace". It's essentially a hard-edged electric guitar solo punctuated by a few choir chants. It's made interesting by the virtuosic guitar performance, particularly how Klepacki rapidly repeats several bass notes. The original "Hell March" also receives a punk-influenced cover by the American band From First to Last. It doesn't quite have Klepacki's individuality, but is still a solid take.

One of the most enjoyable aspects of the soundtrack is how it contrasts the combat music for the three factions. The representations are all ridiculously stereotypical, but this has always been part of Red Alert's humorous charm. Wynn's "For Mother Russia" an "Russian Retreat" are certain brutal depictions of the Soviet Faction; they're dominated by hard-edged rhythm guitar riffs, though also feature dark gothic interludes featuring orchestral and choral elements. The allied combat themes, on the other hand, take an American-punk approach. "Shock and Awe" instantly creates an upbeat feel with its choice of power chords whereas "How the West was Won" is a melodic gem. For the Empire Faction, Hannigan's "The Empire Has Risen" use guitar riffs more inspired by modern J-Rock. The distinction from the other themes is initially quite subtle, but the tracks become increasingly hybridised with big beat elements to spectacular effect in the game. There are naturally plenty of other rocking action cues on the score too and each is carefully individualised to match the on-screen context while being quite entertaining on their own too.

James Hannigan's "Soviet March" couldn't be more of a contrast with "Hell March 3". It's a nationalistic march featuring a Russian choir performance against bright and colourful orchestration. It sounds very much like a parody of the Soviet national anthem, particularly with the folk dance rhythms, though is surprisingly elaborate too. "The Big Apple" is a surprise among the otherwise edgy exploration themes. It's very modern and soothing with its blend of jazz, hip-hop, and electronic features, but exquisitely put together by Wynn regardless. Other novelties include the country jam "American Cowboys" and the traditional Japanese instrumentation of "The Rising Sun is Setting". Mikael Sandgren's sole contribution is the end credits theme. It's written very much in the style of Frank Klepacki with epic chorus chants and grungy guitar riffs. However, there is plenty of variety during the 2:28 playtime with sections inspired by each faction. There is also an exclusive rendition of "The Red March" by From First to Last at the end of the album.

The four-way collaboration clearly worked out as each composer brought high quality and individualistic contributions to the score. Frank Klepacki produces the most vibrant versions of two of his classic themes at the start of the soundtrack. James Hannigan stunning blends oriental instrumentation with conventional orchestral and rock influences. Even Mikael Sandgren offers a definitive highlight during the staff roll. Yet it is certainly sound director Tim Wynn that stands out as the brightest talent with his refreshing orchestrations and surprising fusions. When all the contributions are combined, listeners are guaranteed an especially diverse yet somehow cohesive listen that easily stands up among the best of the Command & Conquer series. While the Premier Edition soundtrack is a good compilation of music for the game, passionate listeners should consider downloading the full two disc score instead, where the music is really given the opportunity to breathe and develop. Either way, the Red Alert 3 soundtrack should offer something to entertain pretty much anyone out there so comes highly recommended.

Sounds like Ambient, Classical, Industrial - that's what we can say about this album. Tracks preview provided by iTunes. If you like Command & Conquer Red Alert 3 Premier Edition Music Disc, we strongly recommend to buy it. Support composers, artists and performers so they can release more music in the future. Prices and shops where you can buy it are at the right column. Notice, Yandex.Music gives you opportunity to freely listen to this album. Absolutely legal. Without violations. 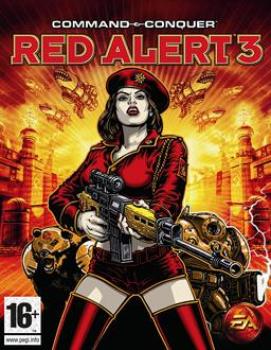