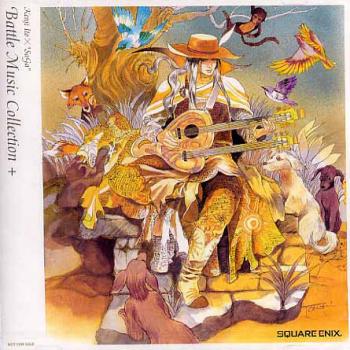 Square Enix rewarded those who pre-ordered Romancing SaGa: Minstrel Song with a special album. It featured selections of Kenji Ito's legendary battle tracks taken from across the SaGa series and two bonus piano performances. While a solid bonus to those who purchased the PlayStation 2 remake, it is probably not worth purchashing second-hand...

The album begins with Kenji Ito's first ever battle theme, "Lethal Strike" from the Game Boy's SaGa 2. More wholesome and balanced than Nobuo Uematsu's battle themes from the original SaGa, it plunges gamers into battle with its vigorous runs, while offering plenty of great melodies to whistle along to. While it is technologically limited, the two selections from the Super Nintendo's Romancing SaGa are much more commanded. The iconic opening phrase of "Battle 1" will get listeners invigorated and the subsequent sections keep the adrenaline flowing with their nonstop melodies and bold orchestration. "Battle 2" is even more catchy, with its passionate trumpet solo and slapped bass accompaniment, and mixes Latin, orchestral, and rock influences seamlessly.

While Romancing SaGa 2's battle themes aren't as impressive, the two selections here are decent. "Seven Heroes Battle" reflects Ito's capacity to create lively and lyrical battle themes once more, while the final battle theme is somewhat understated yet still conveys the determination of the heroes against great wrath with its expansive, ever-changing melody. Ito also includes three battle themes from the conclusion of the Romancing SaGa trilogy to portray the Four Demon Nobles and the final encounter. In each theme, Ito focuses on liberating rock-based melodies while offering just enough weight in the arrangements to reflect the intensity of the situation. The various keyboard leads are especially enjoyable and are just screaming to be performed by Kenichiro Fukui some day.

There are two selections from the PlayStation's SaGa Frontier as well, "Battle #4" and "Battle #5". The latter is a particular fan favourite with its high-octane rock stylings and provides an interesting contrast from the numerous orchestral tracks. The album also includes two of Tsuyoshi Sekito's rock arrangements from Romancing SaGa: Minstrel Song for those who bought the game. The arrangement of Romancing SaGa's "A Challenge to God" is a major highlight of the original score with its juxtaposition of a memorable trumpet melody against hard rock work, so its inclusion here is very welcome. On "Awakening Memories", Sekito blends the melodic and rhythmical pull of Ito's originals with solos and development passages even more elaborate than his contributions to The Black Mages.

The last two tracks are the only exclusives on this release. They are solo piano arrangements of favourites from the series performed by Kenji Ito himself. As those who have heard Ito's solo album Everlasting Memories will know, Ito's piano music tends to be simple, focusing on sentimental melodies supported by diatonic arpeggiated harmonies. These two arrangements are no different. However, the medley of the series' opening themes is quite impressive with its expansive development and fluid development. "Podorui" is also a pleasant retrospective of a Romancing Saga 3 favourite, written in the style of a pensive ballad. It's pleasing that Ito took the time to contribute these arrangements for the release, though perhaps a full piano collection for the series is now in order.

This album is a decent purchase that portrays Ito's dual strengths as a battle theme composer and piano performer. However, it omits a number of excellent themes that are exclusive to the soundtrack releases and the more recent SaGa Battle Track Compilation, and is relatively lacking in exclusives. This album is a decent bonus with the game, though isn't a must-have for collectors.

Included as a preorder bonus with Romancing SaGa -Minstrel Song- in Japan.

Album was composed by Кэндзи Ито and was released on April 21, 2005. Soundtrack consists of 14 tracks tracks with duration over about 50 minutes. Album was released by Square Enix. 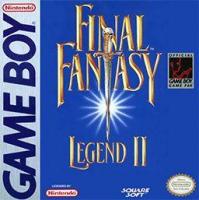 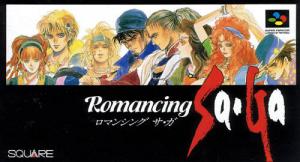 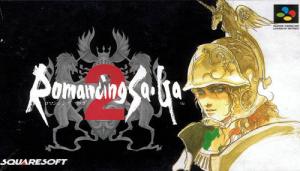 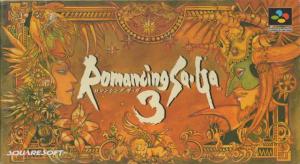 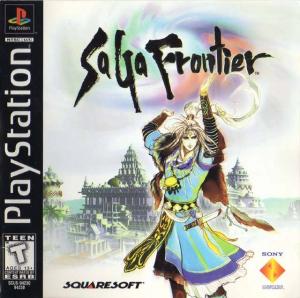