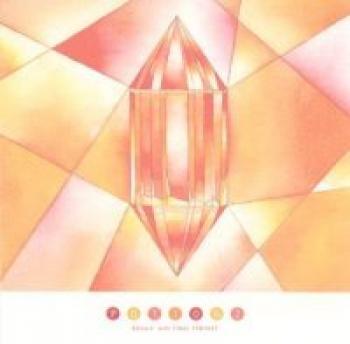 Released in late 2001, a few years before DigiCube went out of business, Potion 2: Relaxin' with Final Fantasy is the appropriately named successor to Potion: Relaxin' with Final Fantasy. As the title indicates, the track list is primarily composed of peaceful, quiet, "relaxin'" pieces taken from various DigiCube arranged albums. A few tracks stretch this descriptor a bit, but for the most part this is a very gentle album — nothing to get you too pumped up. Unlike its predecessor, Potion 2 includes both vocal and instrumental tracks, adding a bit of variety to the mix. However, this is perhaps because it was not as popular as expected. Whether or not that unpopularity was warranted shall be seen...

The album opens quietly with a slowly evolving solo piano track, "Where Love Doesn't Reach". Shiro Hamaguchi's arrangement is excellent, jazzing up Uematsu's original with some interesting new chords. The original has never been lauded as one of Uematsu's best romantic themes, but its mediocrity is well hidden here — the piece sounds more natural and gentle on the piano than synthesized harpsichord and strings. The simple melody is played three times over, each time with a different, steadily evolving harmonic motif running under it. This variation, as well as the inclusion of a more yearning B theme midway through the piece, helps keep the track from becoming stale and boring. As a pianist, I recognize that the performance does have a few minor imperfections (most notably some rhythmic instability when the running 16th notes come in), but these don't detract from the simple beauty of the track.

"Remnants of Distant Days" is a great arrangement of a great piece from Final Fantasy V. Although it's scored for just piano and voice, the piano is so sonorous it creates the ambience of an entire orchestra. Concentrating on this track to do this review after plenty of casual listening, I was surprised not to hear a string section — the combined effect of the piano and Lisa Ooki's powerful voice gives the song a great impression of symphonic fullness, to the point of deception. Occasionally, the effect is too much and becomes irritating, but more often than not, it's sublime. But as effective as the sections of loud dynamics are, even more beautiful are the moments when the piano drops back to provide a simple treble accompaniment to the lyrics and the haunting quality of the melody is brought out. Also noteworthy are the well-written solo piano sections, which help the piece stay interesting. Unfortunately, this structural tactic doesn't work as much as I'd hope — after six minutes, the same melody over and overdoes get a big tedious.

LLater in the album, there a quiet, unassuming solo piano version of General Celes' theme from Final Fantasy VI. Reiko Nomura's arrangement is fairly basic, in contrast to Hamaguchi's colorful compositions. Still, in an album of this nature, that's really all you need. Uematsu's dolce melody comes out beautifully against quiet left hand chordal and arpeggiated patterns. If one is of the type that still listens to albums in track order in this age of playlists and iPod shuffles, the mild piano makes a nice break for the eardrums after the tracks immediately before it. The mellower opening and middle sections are a nice contrast with the familiar theme.

"My Home, Sweet Home" was one of the highlights of Final Fantasy V's soundtrack, capturing a rustic northern village, isolated from the world. Knowing that, this arrangement, with its Finnish instrumentation and folk-sounding melody should really be a lot better than it actually is. Bringing it down are a trio of slightly off-key singers, and a dubious, unchanging accompaniment pattern which only accentuates the already repetitive melody (which is the piece's sole source of thematic material, apart from a short coda). I'm not familiar with Scandinavian folk music; these may be native compositional elements that the arrangers are merely trying to accurately reproduce. But to my American ears, they just make the piece sound disjointed and awkward. One thing the track does have going for it, however, is excellent instrumentation. The first 10 seconds of the piece, which simply feature the melody played by a solo kantele, are the best part of the track.

"Theme of Love" from Final Fantasy IV Celtic Moon at first glance seems innocuous enough, with its soaring violin melody and understated plucked accompaniment, but it quickly grows offensive to the ears. The doubling of violin and tin whistle on the melody is a poor choice, as the combination is nearly headache-inducing after a few minutes of listening. And while the appegiated harp part is a nice inoffensive touch, the majority of the harmony is supplied by an accordion drone that, in all parts but the very end, does nothing to contribute to the beauty of the piece. The tune is a nice one, but this particular arrangement fails to enchant. Many of the same comments apply to "Into the Darkness" as well The arrangement is droning and uninspired, the instrumentation harsh and grating. However, Uematsu gives this track a bit more momentum, with a quick waltz meter and a soaring melody. Combined with a harmony part that's not quite as repetitive as that in "Theme of Love", this track is sometimes downright enjoyable. Its most harming feature isn't the instrumentation but simply the fact that it could be easily half as long without losing any content.

I have to admit, upon first listen, I completely dismissed "As I Feel, You Feel". The rhythmically stunted piano ostinato at 0:45, the Finnish spoken word lyrics, the wailing backup vocals — all of these combined made in my mind something altogether not worth my time. A year and a half later, though, I kind of like it — sure it's quirky and strange in many ways, but all of my previous objections were related to it being different than other music, not necessarily worse. Now, I appreciate the piece for its gentle flute melodies, and its overall contemplative, slightly minimalist nature. "GAIA" is another vocal theme, delivered in much the same style as "Remnants". This one is an arrangement of the classic "Main Theme" from the original Final Fantasy game. Ikuko Nogushi's lighter voice brings out the nostalgia of the melody — she makes it quite easy to get wistful for a game I've never played! Unfortunately, while her voice is sweet, it can turn piercing in the upper registers. The accompanying parts are scored well, striking a good balance between colorful backdrops and well-executed solos. Quite a solid track overall. The melodic material is strong, nor is the piece overlong. L

In "Once You Meet Her", Lisa Ooki returns, this time singing quietly in English. And although her pronunciation is occasionally muddled, I find this simply enhances the mysterious quality of the song. Ms. Ooki is more subdued this time around, giving a more intimate feel to the track. Uematsu's melody ("Elia, the Water Maiden" from Final Fantasy III) dips and turns quite enchantingly, giving the song a lilt that's compounded by the 3/4 meter. Keeping the piece from becoming too bombastic however is the delicate orchestration, which calls to mind the gentle flowing of water. "Não Chora Menina" is another quiet track from Lisa Ooki, written from "Kids Run through the City Corner" from Final Fantasy VI. The guitar accompaniment is well written, creating a gentle texture over which Ms. Ooki's voice flows. The Portuguese lyrics are well-enunciated and provide a break from the stream of Japanese one is used to in these vocal arrangements. Both the singer and the guitarist are flexible and sensitive in their interpretation, adding slight variations in tempo and dynamics that make the track come alive, despite its repetition. This is one of the most uneventful, but also most relaxing pieces of the album, easily bringing to mind a quiet Brazilian hamlet.

Another piece from the Piano Collections series, "Fisherman's Horizon" is similar in color and texture to that immediately preceding it. Here, Hamaguchi uses rubato and colorful chords to full effect, nearly to the point of frustration. Sometimes, one wishes that the performer would just leave "dramatic transitions" alone and get on with the thematic material. More frustrating, but less obvious, is the quality of the actual arrangement. The left hand accompaniment pattern changes drastically with each new theme stated, which gives an overall disjointed, momentum-less feel to the track. Yet another piece from Piano Collections is "Melodies of Life", a fairly unremarkable version of the vocal theme from Final Fantasy IX. At this point in the album, one wishes for some variety... perhaps the vocal themes, and piano collections music could have been more evenly spaced throughout? Although unimpressive in style, the beauty of Uematsu's melody shines through, making it a pleasant enough listen. Though Leerink's playing occasionally grows too bombastic in the louder sections, for the most part it's a well-executed performance that showcases the softer colors of the piano.

One of my favorite tracks, "Love Will Grow" is a great choice to close the main portion of the album. The melody is taken from the Finale to Final Fantasy II, and has a very steady conclusive feel to it. Ms. Ooki too is in full form, singing clear and strong. The lyrics are meaningful and uplifting (though some may find them a bit too trite, I welcome the free-spirited goodwill reflected), and the orchestration complements this perfectly. At the end, when the choir part enters, the music really seems powerful enough to lift you up to the sky. The album closes with an acoustic guitar version of "Eyes on Me". Should you buy this album just for this one previously unreleased bonus track? In a word, no. That's not to say it isn't one of the better pieces on the album though — just one of the most understated. The arrangement uses the guitar's wandering timbre well (as it should; it's arranged by the performer) and is unique enough to stand apart from the multitude of other versions of this oft-heard pop ballad. Definitely worth listening to, and at less than 4 minutes, you won't get bored with it.

One might think this album would suffer from the absence of any up-tempo exciting tracks to keep the listener interested. Not so — the compilers have done an excellent job of assembling a large variety of "relaxin'" tracks that, while sometimes stretching the meaning of the word, are different enough from each other stay engaging. Potion 2 serves well as a sampler of the various arranged Final Fantasy albums (many of which have been re-released on other labels and are available for purchase). The track list is quite solid, with a good variety of arrangement styles and instrumentations making up for the occasional weak track. If you're looking for a VGM album to veg out to, this is an excellent investment.

04. Once You Meet Her
from Final Fantasy Vocal Collections I -Pray-
Performed by Risa Ohki

08. As I Feel, You Feel
from Final Fantasy V Dear Friends
Arranged by Nobuo Uematsu

09. Into the Darkness
from Final Fantasy IV Celtic Moon
Arranged by Máire Bhreatnach