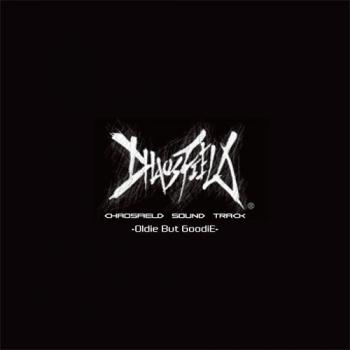 When it comes to electronic game music, I consider Kou Hayashi and Daisuke Nagata to be pioneers. Sure, many great electronic game music composers were pioneers when they first started, such as Shinji Hosoe or Yasuhisa Watanabe, but when Kou Hayashi and Daisuke Nagata entered into the electronic mix, they definitely shook things up a bit. I regard the Chaos Field soundtrack as one of their best works to date. As for a bit of history regarding this title, Chaosfield, both in terms of the game itself and the music within the game, was a very crucial project for Milestone. In our interview with k.h.d.n, the composers, who specialize in drum n' bass, of this soundtrack, it was revealed that Chaosfield had to be successful in sales, otherwise the company would most likely go bankrupt. As such, Kou Hayashi and Daisuke Nagata poured their blood, sweat, and tears into the soundtrack. See what's in store for the new additions to this reprint as well as their unique approach to shmup music.

In our interview, it was revealed that Kou Hayashi was the lead composer for this game. "25mg," the select screen music, shows off some of Hayashi's talents. He combines heavy industrial beats and crystalline synth to harness a fantastic melody, a modern atmosphere, and exhilarating progression. Although it doesn't vary quite much, the overall flow of the piece is superb. "change the phase," the exposition music, is much more upbeat in nature and features some excellent synth lines, a great sense of tempo, and some futuristic and retro harmony lines to help give it a fascinating and intense atmosphere.

"not back in time," the music for the first stage, features a nice rhythmic beat combined with some industrial beats. Despite this, the very nature of the piece can be considered somewhat mellow. The atmosphere has this sense of intense, yet relaxing, soundscapes, due to the driving melody and the calming electronic mix. The use of vocoder is also greatly appreciated and helps give the theme a bit of a robotic nature. Speaking of calming atmospheres, "human's figure," the music for stage three, also portrays a calming quality, yet also provides a nice energetic mix. The crystalline and mellow melody combines nicely with the intense beats and the layering is intensely complex. You'll hear portions of the A section melody at times when the clear focus is on B section melody. I'm particularly enamored by the various and complex beat patterns employed.

Daisuke Nagata also contributes a few themes to this soundtrack as well. "coccus," the music for stage two, combines some minimalist house beats with some nice synth effects and a bit of etherealness. Overall, there is definitely an intense mellowness to this piece. As contradictory as that sounds, the best way to describe it would be an upbeat piece that clearly displays a lot of energy, but at the same time, the synth usage also takes on a calming quality. The boss theme, "spray," is unlike most shmup boss themes for the fact that it doesn't go for the super intense melody. Rather, Nagata gives it an extremely ominous atmosphere through the heavy use of industrial and techno beats and percussion. In fact, the melody line, which features some mellower soundscapes, can be heard, but for the most part, it just serves as an atmosphere builder. The star of the show here is clearly the industrial focus. Nagata was definitely breaking the mold when it comes to creating shmup battle themes when he composed this theme. Similarly, "despair," the last boss theme, is innovative once more. It's a rather mellow last boss theme, at least in comparison to other last boss themes out there. It's got some fantastic beats, some ominous piano work, some industrial effects, and a great sense of atmosphere. It's an extremely creative piece of music that doesn't flow like most last boss themes, but still manages to give off a sense of danger.

The duo also worked together to craft two themes for the soundtrack. "spinout," the music for stage four, is definitely my favorite theme on the soundtrack. It features a fantastic melody, great layering, and some awesome crystalline synth usage. The sense of rhythm is fantastic and the overall atmosphere makes for an exhilarating listen. Those who enjoy driving melodies will definitely enjoy this one a lot. Lastly, the music for stage five, "back in to the machine," is quite similar to "spinout" in terms of overall design. The flow of the piece is rather interesting though. It flows like something you might hear at a club with some clear transitions into the next section, which usually carry a very different soundscape than the previous section. The first section is rather intense with some fantastic melody lines and beats. The second section tends to adopt a more tranquil, yet intense, atmosphere, through the use of some intoxicating house beats, some fantastic layering, and less of a focus on a solid melody. It's there, but it's not as prominent as some of the other themes.

In addition to the original soundtrack, there are two bonus remixes not heard previously. The first, "spinout the end," mainly keeps the original intact, but features some more prominent layering and has a heavier focus on beats. It's an interesting take on the original and I particularly like what was done with the accompaniment. It's not going to win any awards in terms of innovation, but it's still an enjoyable interpretation. The second, "back in to the machine the end," also features a mainly non-divergent approach to the original. The beats are much more intense and displayed more prominently throughout the arrangement. There are some additional sound effects that really help give it a great vibe. Overall, it's another great listen, but not necessarily one that might satisfy those who wish their arrangements to be tremendously different from the original.

In the end, the Chaosfield Soundtrack -Oldie but GoodiE- is regarded as one of k.h.d.n.'s most popular and creative works. Their unique approach to electronic shmup music definitely stood out in the field of game music and the mold was definitely broken a few times on this release, but it wouldn't be the last time k.h.d.n. did this! Themes like "spinout" and "back in to the machine" offer music that is more in line with modern electronic music, but it's themes like "spray" and "despair" that really break the mold when it comes to shmup boss music. I highly recommend picking this album up if you don't already own the original. It is truly a masterpiece and the two new remixes are a nice bonus.

Includes a bonus remix CD when purchased at the Comiket 76 prerelease (cat. SREX-0006).