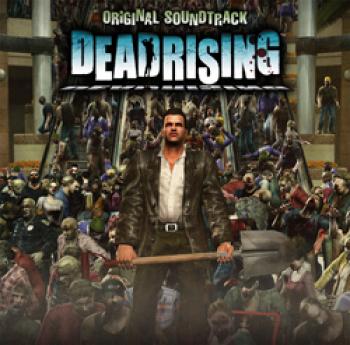 The soundtrack opens with seven licensed tracks composed specifically for the title. Lifeseeker's theme "Gone Guru" is unfortunately missing due to licensing disagreements. The opener "Blame It On The Cold One" is an amusing if irritating country music parody to reflect the small town location of the game. The vocal themes used to accompany some of the boss battles are likely to have more lasting appeal. Hostile Groove offer two heavy metal tracks, Stephen's "Fly Routine" and Larry's "On a Mission", performed by Devil May Cry 3 vocalist Shawn McPherson. They'll be a select taste with their abrasive riffs and explicit lyrics, but definitely capture the attitude of the game and the energy of its encounters. The Evolutionaries offer Marilyn Manson influences and some of the strongest vocal use in the score with Cliff's "Slave". Supernova Syndicate's "Heaven's Creepin' In" is reminiscent of one of The Smashing Pumpkins' more lyrical works and that's definitely a good thing while Lockjaw's "Bored Again" is a fairly straightforward head-banging metal piece. A great way to finish, the end credits theme "Justified" is reminiscent of one of Silent Hill's vocal themes with its expressive vocals, melancholy undertones, and hard bass punctuation.

Moving on to the instrumental compositions, "Frank West" is a very moody scene-setter for the opening helicopter flight. Hideki Okugawa seems to take inspiration from Metal Gear Solid's scores, creating tension with subtle rhythmical elements and jazz-infused descending electric guitar motifs. His sinister portrayal of "Carlito" fantastically contrasts riffs on steel-stringed and electric guitar against electronic beats. The truth about him is revealed following a tense build-up with elaborate Spanish guitar use in "Santa Cabeza". Okugawa demonstrates his incredible rhythmical flair further by layering numerous cross-rhythms in the industrial-influenced "Zombie", contrasting suspended elements with disordered percussion use in "Undercover Scheme", and building grungy riff-based constructs in "Kick the Pedal". He also demonstrates great flair with the boss themes, usually complementing the licensed tracks with mainstream-oriented approaches. For instance, he uses wild distorted voice and electronic samples for "Adam", convincingly integrates rap samples for "Kent", and engineers a fantastic electronic dance music and rock fusion for "Cletus".

Hideki Okugawa's incidental music for the mall proved a controversial addition to the game. On the one hand, these pieces added interactivity to the title and helped gamers to feel more like they're in a real mall. However, the muzak proved irritating and repetitive after a while, just as most elevator music would on repeat. The most outwardly obnoxious is "Mall Music 1", a banjo-led country imitation that is initially amusing, but soon cringe-worthy. The saxophone-led bossa-nova and festive jazz piano theme for the second and third mall themes will be a bigger source of nightmares for those who have played the game than any of the zombies and psychopaths. However, "Mall Music 4" and "Mall Music 5" are relatively creative themes since they integrate female vocals and an acid jazz style. Unfortunately, they are only superficially charming since they are again underdeveloped and repetitive. The last mall piece is quite a likeable if tacky piece for acoustic guitar and soft synth pads. Overall, these themes are a select taste, but hardly a drawback of the score since they fit the context so well — perhaps too well — and are all short additions in album form.

Marika Suzuki also contributed a significant proportion of the soundtrack. She contributes many of the ambient tracks on the soundtrack, experimenting with tone color in "Dead Rising" and "Disquiet" and placing percussive emphasis on "Entrance Plaza" and "Irritation". She also portrays a range of characters atmospherically, depicting "Sean" with gothic church organ, "Dr. Barnaby" with ghostly strings and voices, and "Cliff" with a dark jazz ensemble. Though some of these portrayals may seem off-character, they work flawlessly in the particular scenes they're featured in. Particularly effective are the moody and dynamic depictions of Frank's uncertain allies, Brad and Isabela. Suzuki also takes a central role as the game approaches its conclusion, crafting a climactic two-tiered action theme in "No Time To Lose" and pulsing techno-infused cue in "Escape". She concludes the soundtrack with "The Last Moment", a short atmospheric theme at the end of the game featuring soothing piano and strings. While most of her contributions are modest, Suzuki did an excellent job at adding mood to the game, once again demonstrating she is one of Capcom's best new composers.

The Dead Rising Original Soundtrack is an accomplished musical production. The integration of licensed music is very well done here; all the themes enhance the tone and scenes of the game in some way and, depending on personal tastes, can be very fulfilling to listen to on a stand-alone basis. With the arguable exception of the obligatory mall music, most of the instrumental music is really well done too. Hideki Okugawa shows he has really evolved as a composer with his various action and atmospheric themes, while Marika Suzuki makes a modest supplementary contribution. Overall, this score is recommended if you enjoy hard and moody music with a refreshingly unconventional edge.

"SLAVE"
Written by KRISTIAN STOUT
Performed by THE EVOLUTIONARIES