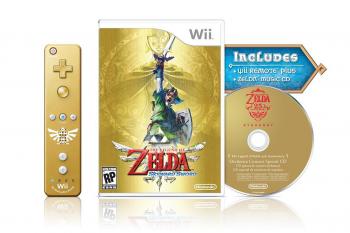 To celebrate the 25th anniversary of the Zelda franchise, Nintendo have partnered with PLAY! A Video Game Symphony producer Jason Michael Paul and his team to organise a series of concerts dedicated to arguably the greatest franchise in video game history. Four special concerts were held — two in Tokyo, one at the Pantages Theatre in Los Angeles, and one at the Hammersmith Apollo in London — and a further performance was made for a studio recording. Those that purchased the limited edition bundle of The Legend of Zelda: Skyward Sword in North America and Japan were received a bonus album. While it only features recordings of approximately half of the concert items, it includes goodies such as the concert's symphonic movements and Skyward Sword's main theme.

The album opens with the series' "25th Anniversary Medley", named as such because of the significance of the pieces featured in the medley. "The Triforce Room" from A Link to the Past opens the medley, which is followed by the "Steam Train Field" theme from Spirit Tracks, and I'm so glad they nailed this piece, as it's one of my favorite pieces from recent memory. This is followed by "Dragon Roost Island", one of The Wind Waker's signature themes. The woodwinds really capture the airy sound normally associated with pan pipes and flutes of this nature. The piece closes off with two variations on familiar themes — first is the "Light World Theme" from A Link to the Past, a variation on the Zelda main theme, and finally "Princess Zelda's Theme" from Ocarina of Time, a variation on "Zelda's Lullaby". Both are performed brilliantly for this recording and are enjoyable to hear on disc as they were live.

Several popular tracks from the franchise feature in stand-alone arrangements on this album. Twilight Princess's "Kakariko Village" is played with a real warmth and a broad romantic orchestral sound, which suits the piece really well. With "Gerudo Valley", arranger Chad Seiter was aiming for a more magnificent and bold feel, keeping with the general spirit of the concert, compared to the Spanish feel of the original. Personally I think this piece should be one of the light-hearted arrangements in the concert, but the performance works well. The beautiful rendition of "Great Fairy's Fountain" starts with a harp duet and is eventually joined by woodwinds, strings, and finally the underused choir.

The team have planned and written a four movement Zelda symphony, which will be performed in its entirety at next year's Zelda Symphony world tour, and people who attended these special concerts were treated to the first two movements of this symphony. Both are recorded for the disc here. The first movement is focused on The Wind Waker. While doing the music for this game, the composer team have remarked that the scenery and graphics of the game made them think of Irish music and culture. This fitted perfectly for a symphonic movement as Irish music is often about fitting several short melodies together, and this was apparent in the arrangement, which sounds like a complete work as oppose to a medley. Several of the most prominent musical themes from the game make an appearance here, taking us through the complete story of the game right up to the credits, with themes such as "Outset Island", "The Great Sea" and "Ganondorf Battle" standing out. The orchestra nail the general light-hearted feel of the game, and "The Great Sea" and "Ganondorf Battle" are especially intense.

The second symphonic movement is focused on Twilight Princess. It is certainly nice to hear a full orchestra playing these pieces, something that was sorely missing from the game. Here the choir, otherwise underused on the abum, get a proper showcase too. This is apparent right from the beginning with the "Title Screen", and the range of styles they display is fantastic too, from the ominous "Lamentation of the Spirits" and moody "The Sages' Theme" to the epic and majestic feel of "Hyrule Field" when appropriate. The rendition of the "Hyrule Field" sounds fantastic, going through several of the states of interactivity within the game and conveying an appropriate feeling of majesty. The recording of "Ganondorf's Battle" is especially epic, and brings back memories of what many people say is one of the best moments in Zelda history. The movement is closed off with the credits music, which could have been a piece in itself. All in all, a fantastic performance.

The concert recording moves towards its close with a theme and variations type medley of the main theme we all know and love. This has to be the best orchestration that I have ever heard of the main theme, and the jingles are back too. It was written in the original key of B flat major and it sounds appropriately triumphant. The final item is the main theme from Skyward Sword to close the concert. With a gliding melody and beautiful orchestration, this is a great way to end the concert and a great tie-in with the game's package.

Having had a brilliant time at the Skyward Sword concert, it is wonderful to be able to revisit some of the experience through this recording. The orchestrations and arrangements are fantastic, and the performance is heartfelt and spectacular to listen to. If Jason Michael Paul and his team can keep this up, then they will have put themselves back in the limelight after their troubles with PLAY! A Video Game Symphony. This album is even more of a reason to get Skyward Sword this Christmas, but the pricey nature of the package (70 USD) means it will only be worthwhile for hardcore Zelda fans. This album is only a recording of half the material from the concert — with highlights such as the Hyrule Castle, Ocarina Medley, and Symphonic Shorts movements being omitted — though it does cover the greatest moments of the experience and features most fan favourites. Let's hope that there will one day be a full commercial release of the concert recordings, but this is doubtful given Nintendo's track record and the release should still satisfy most until then.

A special limited-edition The Legend of Zelda™: Skyward Sword bundle containing the game and a gold* Wii Remote™ Plus controller will be available when the game launches on Nov. 20. 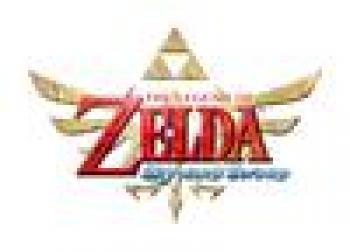