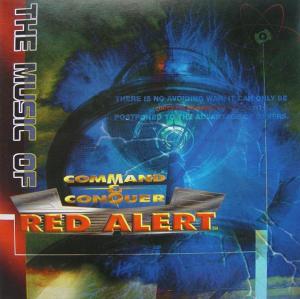 Frank Klepacki's soundtrack for Command & Conquer: Red Alert is a classic for many PC gamers. The score was initially released in two physical versions both commercially and as a limited edition bonus, but has since been reprinted digitally. With its release on iTunes, people can relive their favorite battles and other epic Command & Conquer moments.

The opening track "Hell March" is brooding, dark, and very much like a hardcore rock song. A driven drum beat, coupled with shredding and relentless guitars, signal a change is coming from his first work on the series. That's until about 2:45 into the track when we realize Frank hasn't yet abandoned his electronic roots! In Red Alert, much of what we hear is a similar blend of hard rock and his vintage techno roots.

I'm still a fan of the tracks where Klepacki ventures out into other creative realms. Take "Radio" for instance, where he works in samples of Gregorian chant. He then transitions into a bizarre sort of electronic groove that features processed and pitched percussion and a siren-like synthesized patch that spends 30 seconds or so just wailing in and out like waves of sound. Of course, the track wouldn't be complete without an old vocal sample of what I believe are crowds chanting "Hitler" or a female wah vocal. These seemingly bizarre integrations of multiple styles are what keep the creative works of Frank Klepacki fascinating after multiple listens.

Not every track on Red Alert is hardcore or over-the-top electronic. "Mud" has a slow groove with a chord progression that evolves slowly over time, taking advantage of many old, favorite synthesizer patches. Believe it or not, "Face the Enemy" actually approaches an orchestral dimension! It introduces a string section playing a steady marcato passage as other strings and synthesizer patches are slowly introduced over-top. When the electronic beat finally moves in and takes over it just feels natural. Of course, Klepacki goes in other directions in songs like "C&C Thang" where he includes a bit of hip-hop and 'gangsta' stylings.

To finish, this is a fun soundtrack for fans of the series or of Klepacki's style in general. It shows a playfulness and freedom that you don't often see in video game scores and also introduces legendary pieces such as the "Hell March". It is highly recommended that you purchase this soundtrack through iTunes now it is available once again.

Tracks preview provided by iTunes. If you like The Music of Command & Conquer: Red Alert, we strongly recommend to buy it. Support composers, artists and performers so they can release more music in the future. Prices and shops where you can buy it are at the right column. Notice, Yandex.Music gives you opportunity to freely listen to this album. Absolutely legal. Without violations. 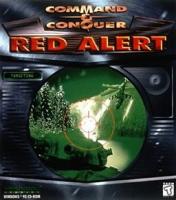