The Music of Command & Conquer 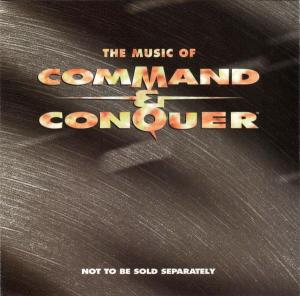 Veteran composer Frank Klepacki made a name for himself with the Command & Conquer series and continues to have a very loyal following of fans. His score for Command & Conquer was initially released on The Music of Command & Conquer CD featuring in the Command & Conquer Commemorative Pack. Thanks to the continued fanbase for the composer, Electronic Arts eventually re-released the soundtrack digitally through iTunes. Now fans of the music can finally hear most of their favorite tracks outside of the game.

Frank Klepacki has never really abided by the typical "war game" soundtrack conventions. Maybe that's because he was doing Command & Conquer games long before Michael Giacchino popularized the Call of Duty and Medal of Honor franchises with their somber orchestral war themes. Most of his tracks follow that hard and fast rule: change it up every four bars. Yet he shows time and again that he is a master of his own craft. His transitions are natural and effective, and furthermore he uses a wide variety of synthesizers, electric guitars, percussion, and even vocal samples.

Some of Klepacki's tracks like "Industrial" are very groove-based. They weave several patterns back and forth, always flowing underneath a slick backbeat. The track, despite its dark chords, has a very smooth and relaxing flow. "Prepare For Battle" is another example of a track that has a great flow — shifting gears from a grinding heavy metal passage into a Castlevania-esque organ passage that transitions from duple time into triple time and back again. It remains one of my favorite tunes on the original soundtrack.

Some tracks like "Target" sound distinctly 80's Jan Hammer style. Some may also guess that Information Society has to be one of Klepacki's earlier influences. In a similar vein, I'm a big fan of "Airstrike", the closing track on the disc, with its familiar, gentle synthesizers and its electric guitar lead. Granted, I may hear a track like this one late at night on Showtime network nowadays, but it still brings back a happy nostalgia. Note that "Iron Fist", "Re-con", "Depth Charge", "Creep Upon", and "Drill" are taken from Command & Conquer: Covert Operations.

If you loved the game, much of Klepacki's music still holds up as interesting, timeless, and most importantly, very groovy. It is well worth purchasing the Command & Conquer Original Soundtrack through iTunes if you do not already own the limited edition physical release from 1996.

Bonus CD included with the release of the "Commemorative Pack" of Command & Conquer.

Sounds like Ambient - that's what we can say about this album. Tracks preview provided by iTunes. If you like The Music of Command & Conquer, we strongly recommend to buy it. Support composers, artists and performers so they can release more music in the future. Prices and shops where you can buy it are at the right column. Notice, Yandex.Music gives you opportunity to freely listen to this album. Absolutely legal. Without violations. 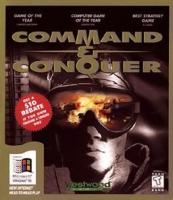