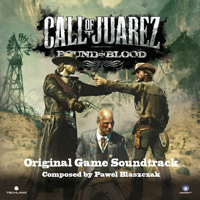 A prequel to the first game, Call of Juarez: Bound in Blood follows the story of the McCall brothers after the confederate war in the American West. The music was once again composed by resident composer Pawel Blaszczak, who wrote some amazing themes for the first game. The game definitely took on what made the first one great and improved on it, but has the music done so too? The soundtrack was released as a 52 track digital release in 2010, before being condensed into a 17 track release in 2011.

Remember how I said that the first game was a slow western and so was supposed to be the music? Well... you can curl that logic up and throw it out the window this time. After all, Bound of Blood focuses on the exciting and glorious days of the McCall brothers leading up to the first game. But it doesn't mean that the Pawel hasn't added more thematic compositions this time — there is just a lot more variety and action this time round. Even though there is a track titled "Main Theme" in the extended release, the real main theme is "Ride", the basis of which is featured in almost all tracks in this soundtrack. "Ride" still captures the western setting by using acoustic instruments and proud melodies, but the theme this time around has a more aura to capture the carefree spirit of the brothers. "Main Theme" is the secondary and slower version of "Ride", and is played during the main menu.

There is a wide variety of themes in this soundtrack, but the thing the tracks in common is that, sooner or later, they incorporate a variation from the main theme. "After the War" is the theme that sounds sad but hopeful, and thus perfect describes the post-war setting where everything — even the McCall's home which their fathers built — has been destroyed. "Warrior's Revenge" meanwhile presents the main theme on piano and strings to express the pain felt by a father after losing his son. These kind of themes really make you feel for the character and relate to the story. "Duel" is also an amazing variation for a unique situation. The track is played in showdowns, and it definitely is suiting with its slow and steady pace mixed with cautious sounding melodies. This thematic integration may be excessive for those who listen to the jam-packed full release, but the variations are skilfully done and sustain interest throughout the condensed release.

The bold classically-influenced melodies featured in the soundtrack really inspire one to pay more attention to the scenes played. The most impressive example of this is "Marisa", which starts slowly with a Spanish-sounding brass melody and slowly builds up to a point where it gets faster and sassier. This development captures how Marisa is not your ordinary and shy kind of girl, because she sure packs a punch and doesn't like to be pushed around. The most amazing thing about this track is how a section of the games main theme comes in seamlessly to reflect beautifully on Ray's love at first sight after seeing Marisa for the first time. Another incredibly scenic and thematic track, "Thomas and Marisa" is the central love theme and is played whenever the characters are alone. It uses light sounding piano to reflect on the beautiful feelings both have developed for each other overtime. "The Three Brothers" meanwhile is a very enjoyable track that uses heart-melting melodies and beautiful sounding instruments to explain the love and bond between the three brothers, their hopes of leading better lives and building their house back one day.

One thing I've noticed is that most places in this game have their own theme and that the other themes played in the same area are their melodic answers. Take, for example, "Welcome to Arkansas", a wonderful track that is unique due to its desperate and evocative use of the harmonica. The melody in this track seems to start at a high point and slowly descend into a low one. Yet once the track finishes and "Escape for Arkansas" starts, it is easy to realize that the track is related to "Welcome to Arkansas" somehow, and that the rising melodies are in fact answers to the descending ones heard in the first theme. It all brings thematic richness to the soundtrack and variety to the gameplay.

The action tracks are really exciting and memorable, this time even incorporating electric instruments to give an extra kick. The most outstanding track is "Mexico Fight", with its frantic pace, electronic touches, and memorable melody, while the similarly styled "Ghost Town" integrates some suspenseful orchestral elements with the electronics. It's tracks like these that are instantly addictive within the game. Of course, there are more classically-styled action tracks like "Battle" and "Rearmed" that rely on grand brassy instruments and use suspense to drive the action forward like in the old game too. To relieve some of the suspense, "Juarez' Confrontation" creates quite a bright sound and is nothing short of refreshing in contexct.

Even after writing a lot for this soundtrack, I realize that there are still many remarkable aspects of the soundtrack I should cover. Due to the long nature of the extended soundtrack and its varied themes, I can safely say that this soundtrack is bound to give you more bang then your bucks. However, I still hope some themes were longer and the repetition of the main theme may be a turn-off for some. Thus, casual listeners may prefer to focus on the condensed soundtrack instead. Either way, this is solid soundtrack both in game and on its own, and should have a wide-reaching appeal.

Album was composed by Павел Блащак and was released on June 30, 2009. Soundtrack consists of 17 tracks tracks with duration over about 25 minutes. Album was released by Ubisoft Music. 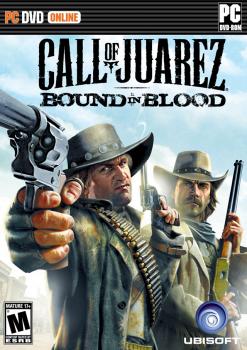 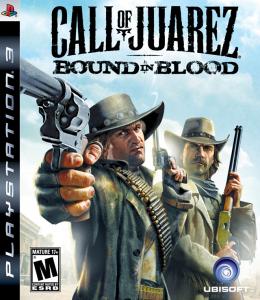 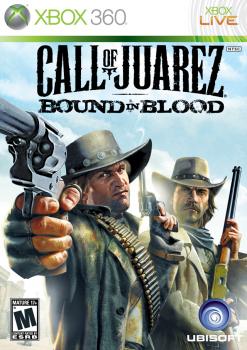